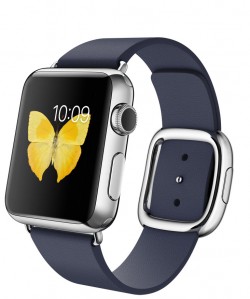 Earlier today, a number of Apple Watch pre-orders with delivery estimates of 4-6 weeks or later started changing from "Processing Items" to "Preparing for Shipment" on the Apple Online Store. Apple also began charging some credit and debit cards of customers with orders showing extended shipping times.

Apple has since confirmed to John Paczkowski at BuzzFeed that many customers will receive their Apple Watch pre-orders sooner than expected. The company says it is working hard to fulfill orders as quickly as possible based on the order in which they were received, and does note that some customers are still in for a long wait.

"We're happy to be updating many customers today with the news that their Apple Watch will arrive sooner than expected," an Apple spokeswoman told BuzzFeed News. "Our team is working to fill orders as quickly as possible based on the available supply and the order in which they were received. We know many customers are still facing long lead times and we appreciate their patience."
Click to expand...

Apple Watch pre-order deliveries will begin on April 24 as scheduled, although exactly how many customers will receive theirs on day one remains to be seen. Ahead of the launch, customers in the United States have started receiving UPS shipment notifications confirming their upcoming Apple Watch delivery. Pre-orders became available on April 10 at 12:01 AM Pacific and sold out in less than six hours, with a combination of strong demand and limited supply quickly pushing back shipping estimates.

MacRumors reported earlier this month that Apple Watch pre-orders could arrive sooner than expected, based on an email exchange with an executive relations spokesperson that said extended shipping times were set deliberately to avoid disappointment.

my april 24 is still processing.

scumbag apple for skipping orders to say they might ship earlier.

Thanks a lot Apple you scumbag piles of garbage.

Now I can begin to get REALLY excited!

I'm still getting a little click-happy on my order page though, lol.

Oh really Apple....I wonder why my order is still stuck on processing even though I ordered right after the store opened up for pre-order.
T

My SS Black 42mm is still saying June sadly... I ordered it within 10 min of 3am Eastern.

Thanks a lot Apple you scumbag piles of garbage.
Click to expand...

Someone bitter ? You need a snickers. You bust be hungry
T

Thanks a lot Apple you scumbag piles of garbage.
Click to expand...

What is a SS Black Sport?
M

I'm convinced mine is one of these. I preordered pretty shortly after preorders went live and got 4-6 weeks. Hopefully by tomorrow it will update!
T

I don't like how this launch is rolling out.

Trik said:
What is a SS Black Sport?
Click to expand...

Trik said:
What is a SS Black Sport?
Click to expand...

but they are still radio silent on the completely unavailable SS Black Link watch....where are they? why were they not ready?

Meanwhile my 38mm Space Grey Sport still hasn't been charged or shipped and I have a 4/24-5/8 timeframe. Got my conformation at 3:09 eastern standard. Trying to stay calm now and not get ticked off.
R


sampaul said:
Oh really Apple....I wonder why my order is still stuck on processing even though I ordered right after the store opened up for pre-order.
Click to expand...

Perhaps some honesty/transparency from Apple would be helpful.

These won't be hard to find
J

yet here i am with a 3:07 confirm for a 42mm SS/Milanese without as much as a charge on my card.

penajmz said:
I'm convinced mine is one of these. I preordered pretty shortly after preorders went live and got 4-6 weeks. Hopefully by tomorrow it will update!
Click to expand...