Apple is designing the antenna module that will be used in its 5G iPhones in-house because it was unhappy with the version that Qualcomm designed, reports Fast Company, citing a source with knowledge of Apple's plans.

Apple reportedly "balked" at the design of the QTM 525 5G millimeter-wave antenna module offered by Qualcomm because it "doesn't fit into the sleek industrial design Apple wants for the new phone." 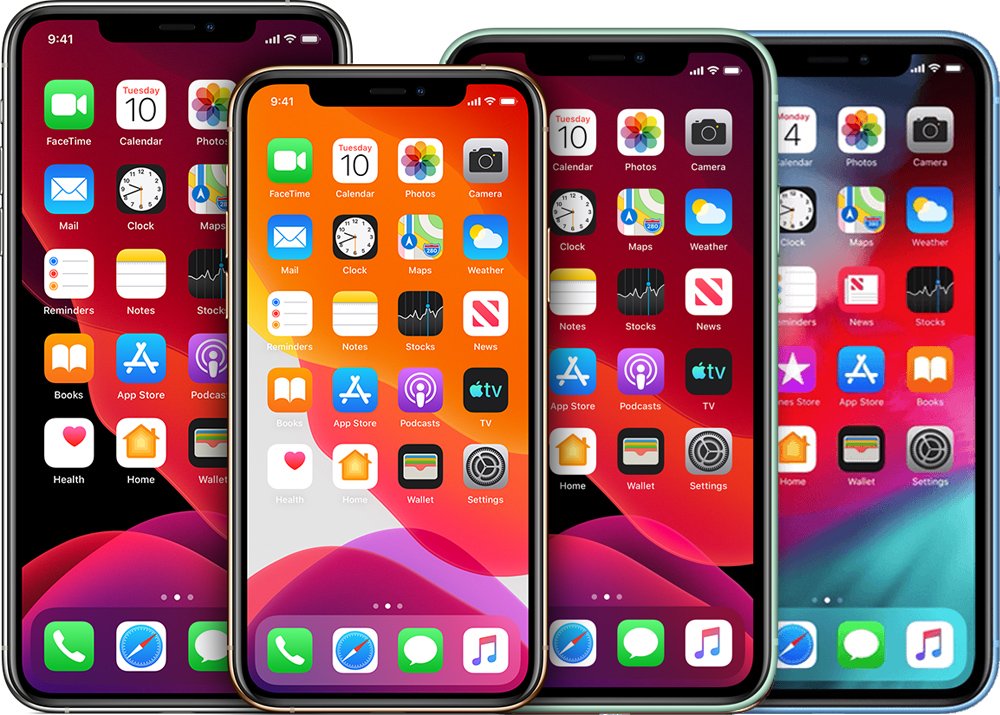 Qualcomm will still provide the 5G modem chip used in the new iPhones, but the antenna module will be developed by Apple.

Apple is, however, working on another design that uses both the Qualcomm modem and the Qualcomm antenna as a backup, so Apple does have the option to swap over to a version of the iPhone that uses both Qualcomm components, but if forced to do so, Apple will need to release a slightly thicker iPhone.

As Fast Company points out, Apple has run into problems with antennas designed in-house before. The iPhone 4, for example, had an antenna design that resulted in dropped calls and other problems when the iPhone was held in a way that covered the antennas. Fast Company's source says that another recent Apple antenna design "required twice as much power as comparable antennas to produce the same amount of radio signal."

Creating 5G antennas for mmWave networks is harder than creating other kinds of antennas because they send and receive higher frequency signals, leaving less room for error. 5G performance is also reliant on the antenna design.

The 2020 iPhones equipped with 5G will use a "phased array" antenna with two parts that work together to form a beam of radio signal, as described by Fast Company, which could lead to issues if the antenna and modem module are made by different companies.

The beam can be electronically steered in different directions without the antenna moving. The modem chip and the antenna module work closely together to make this work properly, our source said. Having the two parts made by different companies may introduce some uncertainty and bump up the difficulty level of the overall design.
Click to expand...

Apple reportedly wants to use its own antennas both because of design reasons and because Apple wants as few Qualcomm parts in the iPhone as possible. Fast Company's source suggests that Apple continues to feel it is "getting screwed on royalties" by Qualcomm. 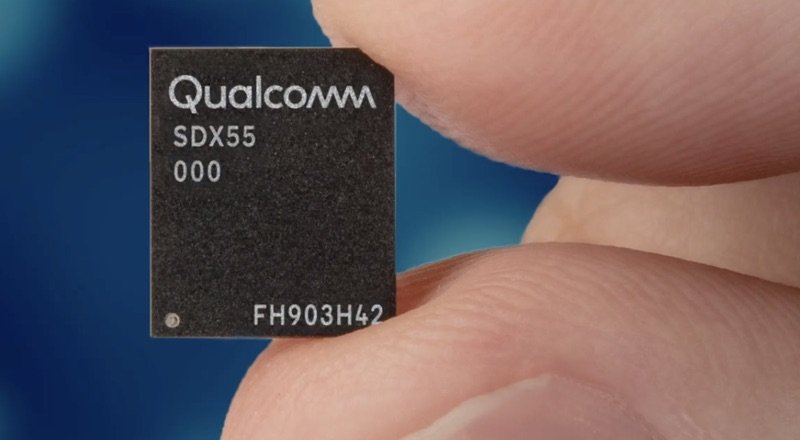 Apple is expected to release multiple 5G capable iPhones in 2020 that are equipped with Qualcomm's X55 5G modem chip that offers 7Gb/s peak download speeds and 3Gb/s upload speeds. For more on what to expect in the 2020 iPhones, make sure to check out our roundup.

MacRumors said:
Fast Company's source suggests that Apple continues to feel it is "getting screwed on royalties" by Qualcomm.
Click to expand...

Just like Apple tries to screw every last penny out of their customers, it's horrible when the shoes on the other foot ?
Reactions: MultiMan, class77, victorm1 and 49 others
Comment

Oh, no Apple. Don't do THAT...
Reactions: PC_tech, diego.caraballo, uecker87 and 5 others
Comment

Makes me a little nervous--if this is the first of the Apple designs, we're sort of guinea pigs this cycle.
Reactions: class77, schneeland, Bignotsmall and 16 others
Comment
S

Apple feeling screwed over by suppliers would be like if John D Rockefeller had felt screwed over by dead dinosaurs.
Reactions: victorm1, schneeland, Breaking Good and 6 others
Comment

Glockworkorange said:
Makes me a little nervous--if this is the first of the Apple designs, we're sort of guinea pigs this cycle.
Click to expand...

And Apple has such a proven track record of great Antenna design.

I still have mine as a backup device. 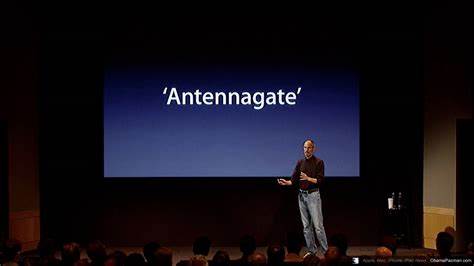 Hope they end up using bigger antenna and have to fill extra room in bigger phone with more battery
Reactions: class77, DailySlow, Breaking Good and 12 others
Comment
M

I can hear Steve telling Qualcomm "you're designing the antenna wrong!"

But on a serious note, they need to work together and stop the drama.
Reactions: schneeland, whoknows2597, ksec and 3 others
Comment
H

Apple has great design and engineering teams, but they don't have the best track record when it comes to things like this. Hopefully they're not sacrificing power and reception for the sake of a few mm, which they have done in the past. What's even more concerning is 5G requires lots of battery already. A smaller design may require more power and at the same time limit battery size.
Reactions: class77, Logan Six, Yvan256 and 7 others
Comment
S

Good. It's never too early to move dependency away from Qualcomm.
Reactions: NetMage, tongxinshe, allenvanhellen and 16 others
Comment

How long ago was that?
Reactions: NetMage, raybo, magicman32 and 1 other person
Comment

and don’t forget it triggered one of Steve’s most iconic comebacks “You’re holding it wrong”
Reactions: victorm1, PC_tech, whoknows2597 and 3 others
Comment

MacRumors said:
Apple reportedly wants to use its own antennas both because of design reasons and because Apple wants as few Qualcomm parts in the iPhone as possible. Fast Company's source suggests that Apple continues to feel it is "getting screwed on royalties" by Qualcomm.
Click to expand...

Heh. If they think they're getting screwed now... it's seems there's a greater than zero probability Qualcomm's antitrust verdict could get reversed. Then it could essentially be back to the old tried and true for Qualcomm: no license, no chips. 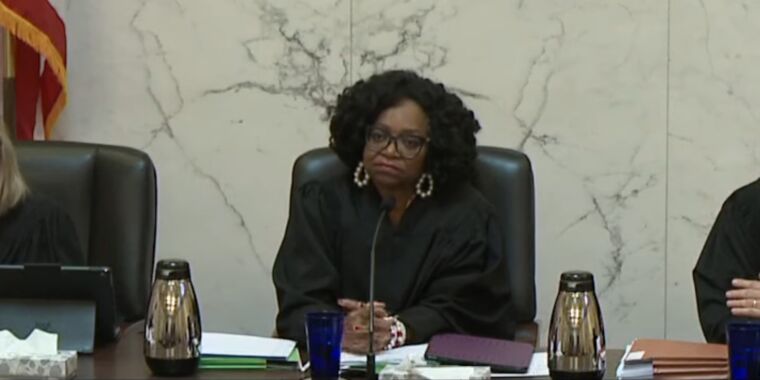 "What would be anticompetitive about that?" one judged asked.

This didn’t just happen, this situation occurred many months ago. They already made the decision which way to go, and it appears they’re using the Apple design. Qualcomm seemed to signal quite some time ago Apple would only be using the X55.
Reactions: mdriftmeyer, DCIFRTHS, jpn and 2 others
Comment

kennyt72 said:
Just like Apple tries to screw every last penny out of their customers, it's horrible when the shoes on the other foot 🤣
Click to expand...

Customers have the choices to buy something else they want. Apple has to buy from Qualcomm because it has a near monopoly.
Reactions: NetMage, AustinIllini, Fatboy71 and 2 others
Comment

twocents said:
and don’t forget it triggered one of Steve’s most iconic comebacks “You’re holding it wrong”
Click to expand...

Funny that people are still whining about the 2010 iPhone 4 antenna design. A decade isn’t long enough to get over it? How long does it take? 15 years? 20 years? 😂
Reactions: NetMage, Breaking Good, Apple_Robert and 13 others
Comment

Rudi T said:
Hope they end up using bigger antenna and have to fill extra room in bigger phone with more battery
Click to expand...

We can only wish, I would not keep my hopes up tho.
Reactions: NetMage and decypher44
Comment
L

5G's whole mmWave antenna situation is a mess because you need multiple modules around the phone, since your hand 100% blocks the signal.

I wonder how this is going to affect aftermarket cases.
Reactions: danny842003, Glideslope and GrumpyMom
Comment
L

bpeeps said:
How long ago was that?
Click to expand...

2010. The iPhone 4 was my first iPhone. But it held up quite good. My wife used it after I bought the iPhone 5s and after that my dad used this iPhone 4 until last year.
Reactions: coolfactor and coachingguy
Comment
You must log in or register to reply here.
Share:
Facebook Twitter Reddit Email Share Link
Register on MacRumors! This sidebar will go away, and you'll see fewer ads.
Sign Up
Top Bottom