Apple is working on original podcasts that will be exclusive to the Podcasts app, and is searching for an executive to lead its podcast efforts, reports Bloomberg. 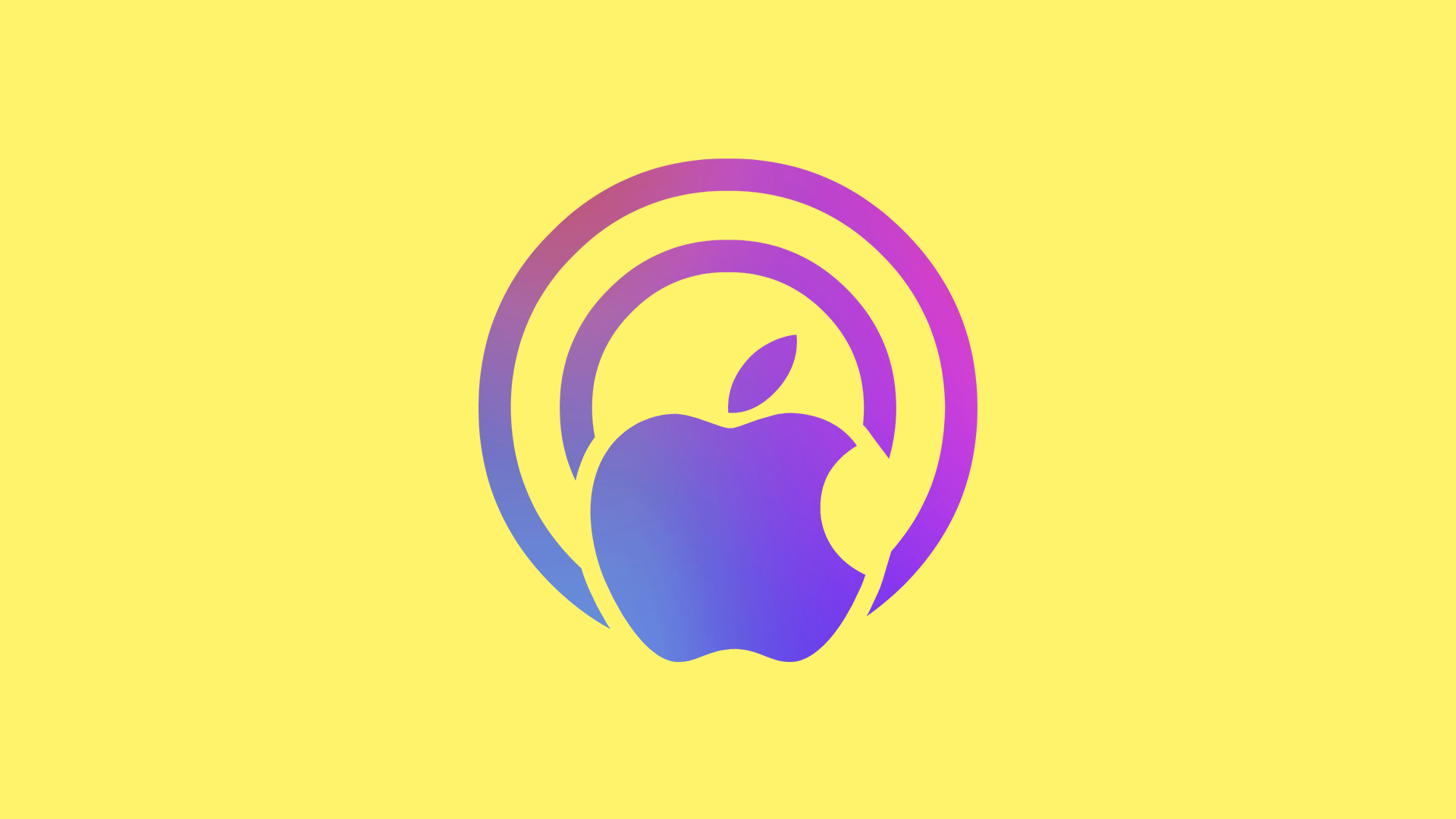 Earlier this year, Bloomberg suggested Apple was developing original podcasts focused on TV shows and movies from its Apple TV+ streaming service, using the podcasts as a way to promote Apple TV+, but it appears Apple is also planning to purchase original content.

Apple will focus on audio spinoffs of existing movies and programs on Apple TV+, but is also seeking to purchase original programs that could potentially be adapted into future TV+ content. Apple is said to be searching for an executive to lead its original podcasting work. The new hire will report to Ben Cave, Apple's head of podcasting.

Apple is also said to have asked some producers working on podcasts to provide versions of their podcasts without advertisements, an effort separate from its work on original content.

Apple Music competitor Spotify has been focusing heavily on podcasts over the course of the last year, aiming to challenge Apple's dominance in the podcasting sphere. Apple's Podcasts app on iPhone, iPad, and Mac have long been the go-to listening choice for Apple customers.

Spotify has been working on original podcast content and has purchased several well-known podcasts. Spotify in February 2019, for example, purchased Gimlet Media, known for podcasts like "Reply All" and "Homecoming." Just this week, Spotify scored exclusive rights to popular podcast "The Joe Rogan Experience," which will see all of the podcasts made available exclusively through Spotify.

I said it on the recent JRE one and it extends to here... whatever the company, it doesn’t matter. I’m not sure I like this direction for podcasts as a whole

I can understand podcasts to accompany and exclusive show with that being the only topic... but otherwise. Please no
Reactions: Alfredo_Delgado, Chew Toy McCoy, sparkswillfly808 and 20 others
J

Should’ve done this BEFORE Joe Budden and Joe Rogan signed with Spotify.

Apple behind the ball again
Reactions: akuma13, Oblivious.Robot, etios and 10 others
S

Belated but much appreciated move - if Apple keep it up. Podcasts during this weird time, unlike TV shows and films, can continued to be made. They are cheap and easy to produce and audio/video conferencing can give you a televisual product too. Wonder if they'd do some radio dramas as well as the usual documentaries etc. By the time lockdowns are resolved they might have enough of a following to make a TV or movie version.

I'm not a fan of having to subscribe to a service to listen to a podcast, even if said service offers free tiers, as I enjoy being able to use only one "portal" (in my case, Overcast) to listen to everything I currently follow.

This goes as much for Apple as it does for Spotify and Luminary.

As an aside, I found Andrew Wilkinson's piece in Medium last September on how signing for an exclusive with Spotify or Luminary (and now, Apple?) could be a way to get "ripped off" interesting.
Reactions: sparkswillfly808, michaelnugent, Internet Enzyme and 7 others
B

CWallace said:
I'm not a fan of having to subscribe to a service to listen to a podcast, even if said service offers free tiers, as I enjoy being able to use only one "portal" (in my case, Overcast) to listen to everything I currently follow.

This goes as much for Apple as it does for Spotify and Luminary.
Click to expand...

If it adds value to an Apple Music subscription it might be the difference for some people. The obvious free tier for podcasts would be a feed with baked-in adverts with the ad-free version streaming inside Apple Music for paying subscribers.
Reactions: Salaryman Ryan
L

I don't think Joe Rogan is the kinda content Apple wants to hitch their ride to.
Reactions: Dahl, DeepIn2U, Salaryman Ryan and 4 others
A

Spotify started this monopolistic behavior. It needs to stop.
Reactions: robbysibrahim, sparkswillfly808, DeepIn2U and 2 others
M

I’d prefer podcasts stay open but I don’t see how Apple has much of a choice with Spotify having broken the seal. There’s nothing to stop Spotify from buying up all the top podcasts for exclusives and adding that to the open ones everyone else has. Apple’s hand is forced. Apple podcasts UI is already the worst and now they’re going to have fewer podcasts than their competition.

What I’d love to see is Apple deciding to dominate podcasts. Relaunch the player with a good interface, have Beats2 as a live 24hr talk radio station where they surface the best podcasts, and promote more formats than a couple people talking around a desk. Maybe some radio theatre. Maybe interactive stuff.
Reactions: copperbutte

Podcasts were designed to be open across all platforms that can read the feed and play the audio file. Anyone can listen, like radio, and you’re free to put your own ads in the content. I don’t like the direction this is headed, but I do know one thing: I want to start a podcast with a friend. Even outside of these exclusive deals there is a ton of money being made right now and I’m the type of person that can sit and talk about anything for an hour and feel, more often than not, that I have something valuable to add to the conversation—especially as it relates to tech, gaming, photography, science and current events.
Reactions: DeepIn2U, brinary001, Stella and 2 others
A

JRE to Spotify is HUGE!

Welcome to a subscription-based podcast world? It was only a matter of time for companies like Apple to once again monetize content they did not create (books, magaaines, news, music). Podcasts and radio are next. The difference is, we didn’t pay for podcasts before this model rolls out like we did for our music. Whether this plan succeeds, we shall see.
Reactions: Stella

Begun the Pod Casts war have.
Reactions: Harlandos, Jayderek, Porco and 3 others

lunarworks said:
I don't think Joe Rogan is the kinda content Apple wants to hitch their ride to.
Click to expand...

I think the point was that Apple should have gone exclusive with someone very popular before Spotify, not specifically with Rogan.
J

This kills podcasting. Thanks, Rogan.
Reactions: heffsf, robbysibrahim, laz232 and 4 others

jonproject said:
This kills podcasting. Thanks, Rogan.
Click to expand...

If not him, it would have been someone else. $$$$ talks.
Reactions: Stella
X

jonproject said:
This kills podcasting. Thanks, Rogan.
Click to expand...

This is coming from someone who loves Spotify compared to Apple Music and doesn’t listen to Joe Rogan.
Reactions: tennisproha, Sdtrent, tbayrgs and 2 others

This is coming from someone who loves Spotify compared to Apple Music and doesn’t listen to Joe Rogan.
Click to expand...

Don't blame any party. Entertainment is not a charity operation and things only can be sustained for so long at no cost to users.
Reactions: etios, kiensoy and Salaryman Ryan

So this is how liberty dies... with thunderous applause.

This crap is bad for podcasting. The whole point of podcasting is it’s not exclusive and it doesn’t have some built-in advertising spam
Reactions: heffsf, freedomlinux, Osamede and 4 others

Northern Man said:
Don't blame any party. Entertainment is not a charity operation and things only can be sustained for so long at no cost to users.
Click to expand...

There is a cost. Podcasts are a source for advertising and Joe Rogan’s podcast will continue with advertising. Difference now is that I have to install Spotify to listen to it.
Reactions: robbysibrahim

IMHO, Apple should compete with this horrid notion of exclusive ‘podcasts’ by supporting the-audio-content-formerly-known-as-podcasts to remain platform agnostic, not by helping yet another fragmentation of content.
Reactions: laz232 and russell_314

If I can’t get to it via an RSS feed then it’s not a podcast, dammit.
Reactions: freedomlinux, michaelnugent, darkcompass and 6 others

Wake up kids. It is a tough and unfair world out there. I don't listen to podcasts and don't care what happens but this is not Mickey Rooney and Judy Garland saying "Hey, lets put on a free show under the big top to save the town", this is business despite a lot of the content being crap.
Reactions: etios
You must log in or register to reply here.
Share:
Facebook Twitter Reddit Email Link
Register on MacRumors! This sidebar will go away, and you'll see fewer ads.
Sign Up
Top Bottom