Apple Loses A7/A8 Patent Lawsuit, Could Owe University of Wisconsin Up to $862 Million 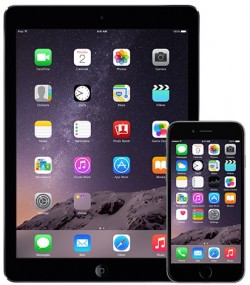 Last year, the Wisconsin Alumni Research Foundation (WARF), which protects the University of Wisconsin's intellectual rights and patents, sued Apple for infringing on one of its processor patents. According to the lawsuit, Apple used the University's technology in its A7, A8, and A8X processors included in the 2013 and 2014 iPhone and iPad lineup.

A Wisconsin jury today found Apple guilty of infringing on the patent owned by WARF, reports Reuters, and as a result, the Cupertino-based company could be forced to pay up to $862 million in damages. The jury also ruled that the patent was valid, negating Apple's argument that it was invalid and no infringement had taken place.

Cupertino, California-based Apple denied any infringement and argued the patent is invalid, according to court papers. Apple previously tried to convince the U.S. Patent and Trademark Office to review the patent's validity, but in April the agency rejected the bid.

According to a recent ruling by U.S. District Judge William Conley, who is presiding over the case, Apple could be liable for up to $862.4 million in damages.
Click to expand...

Granted in 1998, the patent in question covers a method for improving processor efficiency and is titled "Table based data speculation circuit for parallel processing computer." It lists several current and former University of Wisconsin researchers as inventors.

Now that the jury has decided Apple used the university's technology in its processors, the trial will move on to decide the damages owed. Following that, there will be a third trial phase to determine whether Apple willfully infringed on the patent, which could significantly increase the damages owed.

The Wisconsin Alumni Research Foundation has also filed a second lawsuit against Apple for the same patent, accusing the company of using the technology in the A9 and A9X found in the iPhone 6s, 6s Plus, and iPad Pro.

Oh great, we're going to be stuck with iPhones and iPads starting at 16GB for the next three years now.
Reactions: AleXXXa, scapegoat81, bkends35 and 52 others
M

That's a lot of cheddar

Although Apple is cash rich, even that is no small change for them, especially if damages could increase significantly more!
Reactions: Jamalien, Oblivious.Robot, TechGod and 3 others

Only lawyers win.
Reactions: The Barron, nad8e, Jamalien and 16 others
O

US Constitution, Article 1, Section 8, clause 8:
To promote the Progress of Science and useful Arts, by securing for limited Times to Authors and Inventors the exclusive Right to their respective Writings and Discoveries;
Reactions: unobtainium and oneMadRssn
J

Apple got sued for making a chip that is square with square corners.
Reactions: Joe HS, bkends35, nad8e and 10 others

Careful now.. Scott Walker may take that money away from UW as he did with education cuts and turn them into bigger sports arena for the Brewers and Packers..

Does that include a gratuity?
Reactions: ant69 and Lazy

I had no idea a University would stoop to the level of patent troll. Way to set an example for students.
Reactions: TheBuffather, bkends35, nad8e and 20 others
3

Well no issue... In the end it will the consumers that will pay.... And it already started today with Magic Mouse 2 and trackpad... Seriously....
Reactions: nad8e, Jamalien, mw360 and 9 others
2

Nice.. They also still owe Europe 8 billion next year for tax cheating in Ireland.
Reactions: Tsepz, harrisondavies, Godzirra and 5 others

So is Apple the only company using branch prediction in their CPU's?
Reactions: tongxinshe, davidramsay, nad8e and 19 others

So they're going after them again for the 6S, 6S Plus, and iPad Pro. This is going to be a long, drawn out battle for sure. How do they know changes weren't made to the original?
Reactions: tyasjs
C

You might be stuck if you reflexively choose to purchase the base model. Most people understand there are memory choices available to match their needs.
Reactions: cc00lltt00nn, Mike MA and Jason83

That makes absolutely no sense and who cares really. Are you forced to buy 16GB devices?

Tax evasion is illegal. What Apple did was tax avoidance, which is legal. They owe Ireland nothing.
Reactions: tongxinshe, nad8e, nebo1ss and 16 others
S

s8film40 said:
I had no idea a University would stoop to the level of patent troll. Way to set an example for students.
Click to expand...

Why? A University owns something. Apple 'stole' it. University has every right to sue.
Reactions: Mr Bigs, Dave.UK, MyMacintosh and 40 others

Well Apple is trying to save as much money as possible by shipping devices that shoot 4K video with 12GB of usable storage. They'll need to pay for this somehow. It's not like they have hundreds of billions or anything. I'm only half joking.


citysnaps said:
You might be stuck if you reflexively choose to purchase the base model. Most people understand there are memory choices available to match their needs.
Click to expand...

It was a half-joke, but seriously I have to deal with this issue so much at home and at work. Nobody listens to me and buys the cheapest iPhone possible. Then I have to help them because I'm the guy.


Irock619 said:
That makes absolutely no sense and who cares really. Are you forced to buy 16GB devices?
Click to expand...

No but most people think if they're spending hundreds on an iPhone that it won't run out of space in 22 minutes.
Reactions: dnsp, spiral8, dilbert99 and 12 others

Aren't institutions of higher education meant to do research to propogate information in a free society? Universities aren't businesses (at least not in the manufacturing/production sense). Was the university going to be using their patents to develop products? If this proves to be successful, this might start a trend in university suing over patents/research papers...
Reactions: prasand, nad8e, Alumeenium and 14 others
B

JCrz said:
Apple got sued for making a chip that is square with square corners.
Click to expand...

This comment gave me cancer.
Reactions: Iceman0987, aPple nErd, Jamalien and 7 others

Benjamin Frost said:
I wish I owed someone $862 million.
Click to expand...

I think you mean that you wish someone owed YOU $862 Million.