Smarthouse.com.au claims that Apple has a full working prototype of a Mac tablet PC within their labs with plans for a 2007 launch.

According to sources in Taiwan, the targets for this unreleased Mac tablet are expected to be home and education markets rather than the enterprise market.

The Mac tablet has been designed to handle third party applications such as home automation software that will allow users to control lighting, audio, entertainment devices and security feeds. It also acts as a full blown PC has wireless linking for a new generation of Wireless Hi Fi speakers that are currently being tested by Apple.
Click to expand...

The Intel-based Tablet Mac would also offer a docking station to provide HDMI output to the appropriate screen. Beyond using the technology documented in Apple's recent patent applications for touch-screen/tablet Macs, Apple is reportedly licensing at least three patents from 3rd party companies.

This is not the first time that there have been rumors about a Mac tablet. In fact, rumors of a Mac tablet culminated in early 2003 with significant evidence that a Mac tablet project was in the works at that time. At the time, one description of the tablet at the time was as follows:

A device that superficially resembles a large iPod with an 8-inch diagonal screen, lacks a keyboard, packs USB and FireWire ports, and runs Mac OS X along with a variety of multimedia goodies.
Click to expand...

The tablet, of course, never saw the light of day... though its unclear why Apple never released the tablet (if it did indeed exist).

I see this being used as the interface remote for iTV. As a full-blown PDA device, no.

It'd be SO cool but I see it as being far too modular. You have to buy this, an airport express and iTV to get the end effect.

This looks to be a half-baked computer designed to run specific apps that control/present instead of being able to manipulate data.

Apple should give it full capabilities, about a 12" enclosure, and a durable case and we have ourselves a new toy and I've got my 12" PB replacement!

If I could just have a Mac tablet that I could type and write notes on for class, I'd be in heaven
R

i'm digging this idea! i love macs, home cinema and home automation! the one thing is i feel that the screen should be at least macbook size, although the 8" from previous rumours may be a tad small, although i think i'm already sold...

kainjow said:
If I could just have a Mac tablet that I could type and write notes on for class, I'd be in heaven
Click to expand...

Yeah, I think a tablet would be useful for taking notes in class, and would consider buying one if Apple released one. I've seen other students taking notes on Tablet PCs in class and it seems like it works well. However, I'm not sure that there's a huge market outside of students and some other narrow markets. Of course Apple has entered markets where others have been less than extremely successful and done well before, so who knows.

Interesting I guess. But is there really a home/consumer market for this? I could see it working for artists and other professionals of that nature, but I know more than a few people that own PC tablets that hardly ever use them as such.

Seriously though, I'm sure Apple has a tablet prototype, but I'm doubtful that they'll release one in 2007.

SpaceMagic said:
It'd be SO cool but I see it as being far too modular. You have to buy this, an airport express and iTV to get the end effect.
Click to expand...

I posted about the dozens of potential applications in a prior thread. I mentioned a dongle. That might help any search for the message.

It's time for a screen centric ultra portable processor/storage device. an iPod and a remote control, an internet wireless device (hook your MacBook to it via cheater plug gigabit ethernet), hence a phone of sorts too. All functions in software/firmware and thus this one size fits all device can also be used for POS, Barcodes, Data collection and display in medical and scientific fields, etc. Emphasis on etc.

"As for the so-called video iPod, it seems to me such a device has far more uses than a mere media replayer. It could be a remote control. It could be a PDA. It could be a 3G/4G internet portal, standalone or for an external computer, such as a, gag, MacBook.

Further, such a device is easily reprogrammable as a dictation machine, a bar code reader, a video camera, a still camera, etc, etc, etc. Some functions might need a dongle to the extent they are not implemented in Rev. 1A.

Another in a long line of tablet rumors.
I doubt Apple would waste their time on a tablet. The market has proven that there is little demand for them.

To me, Tablets are worthless. I've had to deal with them at work because some people continue to order them for all their tasks, but they're less mobile than some laptops. They're usually the same thickness or size as a portable, so why carry something that's going to be crippled in some manner?

A tablet would be awesome, if it could handle a) my crappy handwriting, and b) equations and the like, since the only reason I would have to use one of these would be note-taking in lectures. AFAIK no tablet software about at the moment can do the latter.
D

spicyapple said:
I see this being used as the interface remote for iTV. As a full-blown PDA device, no.
Click to expand...

I think this is likely, too, though I'm sure it would have additional functionality that has yet been discussed.
T

So this will be a super remote for the iTV?

Would be nice if it has built in HSDPA, EDGE and GSM!
R

But tablets are always marketed for business types. A home-centric tablet might have some legs-- especially if Apple goes the home automation route.

Warbrain said:
To me, Tablets are worthless. I've had to deal with them at work because some people continue to order them for all their tasks, but they're less mobile than some laptops. They're usually the same thickness or size as a portable, so why carry something that's going to be crippled in some manner?
Click to expand...

Are they not getting the latest generation of tablet / laptop? These are functional as both, by allowing the screen to flip over, concealing the keyboard to act as a tablet, or simply opening up as a standard laptop. For example: 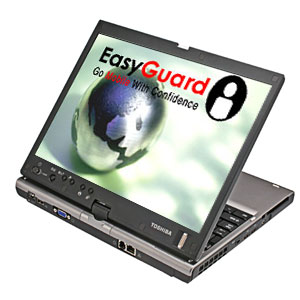 Now, while I'm sure there are issues that come up with a joint like that, I'm also sure that Apple could come up with a way to make it quite rugged. They could have a MacBook Pro Tablet Edition. I have been desiring such a thing for quite some time. (I even considered custom building my own out of an older PB G3. Too much cost for too little reward in processing power. I want it as a new, relatively top-of-the-line computer... )

An Apple iTablet would be a cool computer- bring it on Apple!

i don't think it would appeal to that many people, to have an apple tablet.

bigandy said:
i don't think it would appeal to that many people, to have an apple tablet.

No, probably not...but maybe with some Apple magic the Tablet PC industry could finally take off.

I've always been of the impression, since the time of the pre-release discussions of tablet PCs, that they were a solution looking for a problem.

I would never, ever want to spend my money on an electronic equivalent to a notepad. And I happen to use notepads, BTW. However, if I was taking notes with it (which is NOT at all what I do with the notepads I own), there's no way in the world I'd be writing on it; that would be far too slow.

Why would I want to waste my time learning shorthand (which makes the assumption that TPCs could handle various forms of shorthand) so I could do through writing what I can already do at 70+ WPM via typing. And with typing, it solves the whole problem of handwriting recognition, because there ISN'T ANY.

The TPC market is so highly specialized and so incredibly vertical that I believe it would be nothing more than a distraction for Apple away from their core business and development strengths.

Finally I have arrived.....

I hope this rumor is true. If Apple is going to bring out the Tablet Mac, I would be buying one as long as it is a fully functional computer. I like my Fujitsu Tablet PC; but, it is still Windows-based PC. If Apple is going to market this, I guess their tablet Mac would be a very slick unit. I think non-tablet PC users are quick to dismiss the tablet format without knowing and experiencing it themselves. Fujitsu, Lenovo, Electrovaya, Motion Computer and a few others make a very light weight tablets. I don't like ones from Gateway and Toshiba as their units are way too heavy and chunky (and ugly looking to boot).

With the right specs and price, Apple could pull this off.

Superdrive said:
This looks to be a half-baked computer designed to run specific apps that control/present instead of being able to manipulate data.

Apple should give it full capabilities, about a 12" enclosure, and a durable case and we have ourselves a new toy and I've got my 12" PB replacement!
Click to expand...