Appleinsider revives a rumor that Apple may reintroduce colors into the upcoming Intel iBooks (MacBooks).

Apple introduced colors to the Mac platform in the Bondi Blue iMac in 1998. This was followed by a number of different colored iMacs and patterns. Later, Apple settled back on the current glossy-white enclosure of the current iMac and current iBook.

Given the recent success of the black-iPods, Apple is reportedly considering introducing other colors into the upcoming MacBook notebooks.

According to the rumor site, Apple has been especially secretive about the potential colors that they are testing for the upcoming notebook, but there are suggestions that there will be at least two colored MacBook models. Instead of semi-translucent colors, they are reported to be solid-shade colors.

An earlier unverified report had claimed that Apple was going to be introducing light-weight notebooks with a "stylish design" aimed at targeting female customers.

I've got some colors for ya...
black
white
silver
That'll do nicely!
Comment
C

Translucent black ( but not the variety that scratches! ) would be nice!
Comment
M

I want a MBP in colors!

I think it would definately be a great selling point for a consumer laptop!
Comment

This isnt the 90s anymore.

well.. i guess as long as it isnt like the flower eMac... dear God... PLEASE!!! haha
Comment

chazmox said:
Translucent black ( but not the variety that scratches! ) would be nice!
Click to expand...

Translucent white, on a black background... or would that make grey?
Comment

About time? We've been there, we've done that, I even got the t-shirt. We've moved on, let's not go back to ugly colors. I can handle white and black like the iPods, but please, nothing else.
Comment

Just silver, white, and possibly glossy black (if they can figure out the damn scratch problem)

I don't really care what color they come in - just get them out! I'd buy a pink one if I had to just to get the power that the PC machines are getting out of their portables.

And not with the bugs that the damn Pros had. My month of dealing with that MBP was a nightmare.
Comment 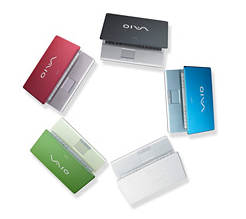 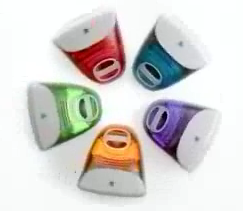 Pink! There should be pink one.

And yes, I'm a guy. [edit]. Pink is the new black for technology.
Comment
S

Eh... I don't know. The iPod mini came in colors, but Apple nixed those as well... and I don't think Apple would use black, given the PowerBook was black for 10 years.

I guess it's not impossible, but it's very unlikely, IMO.
Comment
M

I want a black macbook and a silver macbook pro 17" with dual-core woodcrest chip. Then I will be happy
Comment
S

no interested in colors. The only thing I like about apple offering colors is that it will make the neutral (black, white, grey) notebooks look great.
Comment

a 'colored' notebook eh? Talk about being PC...

Black and White methinks, by the very least, to mirror the iPod Nano range ..in which case I am going black this time..and it better be the shiny iPod Black!
Comment
I

shidoshi said:
Pink! There should be pink one.

And yes, I'm a guy.[edit]. Pink is the new black for technology.
Click to expand...

Pink is only the new black with regards to frat boys with popped collars, brah.
Comment
L

Bah, I like the white iBook. The only color I'd want otherwise would be some sort of silver... possibly an aluminum-like color. Now, if Apple would make a laptop like that! I'd be all over it!

Or maybe not something solid-colored, but with a design or texture to it.
Comment