Apple Maps vehicles equipped with LiDAR technology have started surveying select regions of Czech Republic this month, collecting street-level imagery and data, according to a list of locations maintained on Apple's website. Apple also started surveying the neighboring country of Poland in May as image collection expands across Eastern Europe. 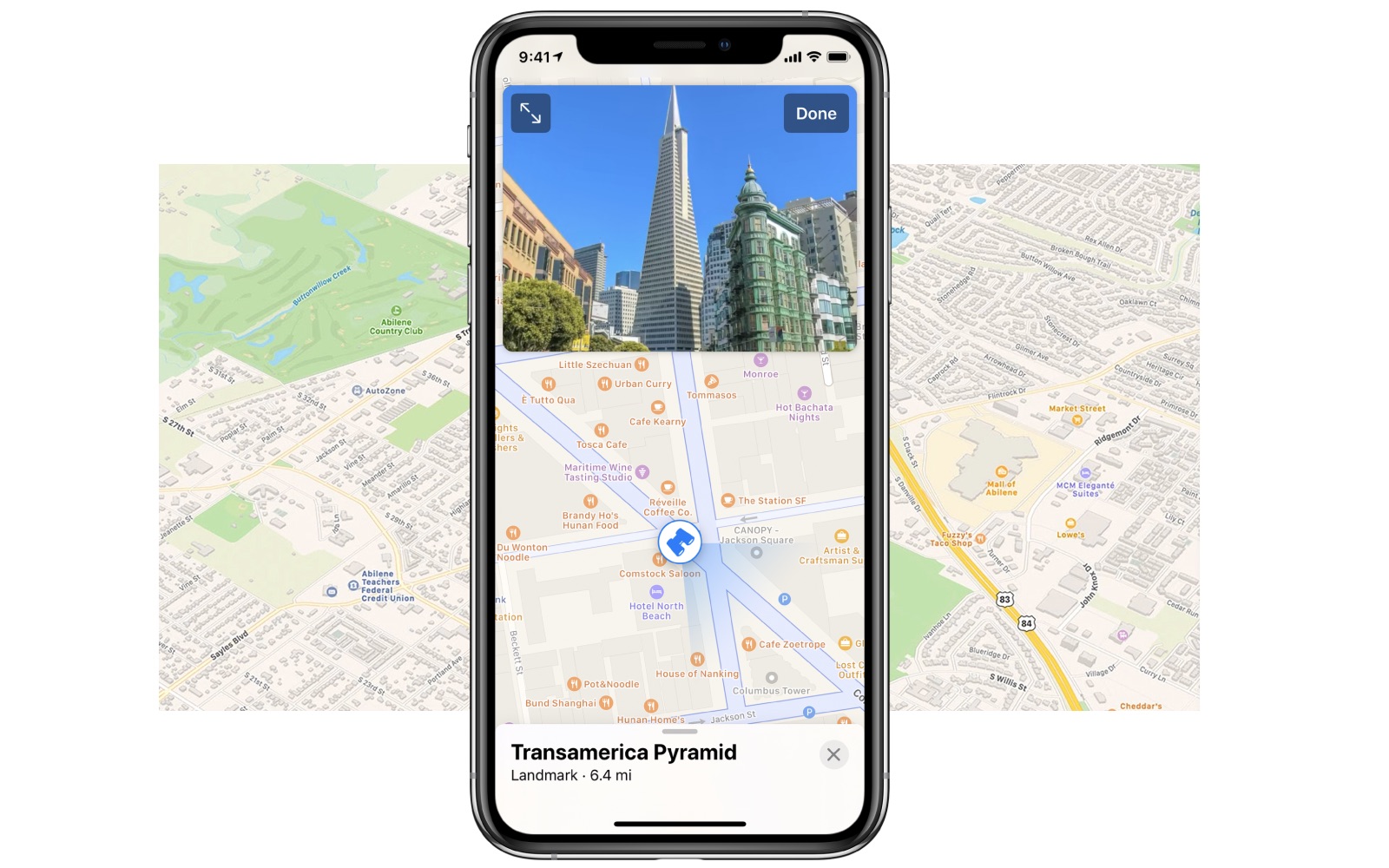 Apple will use the data collected to improve its Maps app and expand its Look Around feature beyond the five countries where it is currently supported, including parts of the United States, Canada, United Kingdom, Ireland, and Japan. Introduced in iOS 13, Look Around is similar to Google's Street View, providing a street-level view of a location with high-resolution 3D imagery that can be zoomed and panned.

In areas where Look Around is available, a binoculars icon appears in the top-right corner of the Maps app. Tapping that icon opens a street-level view in a card overlay at the top of the screen, which can then be expanded to a full-screen view. Look Around also appears in the search results for a supported city, below the Flyover and Directions buttons.

Apple Maps‌ vehicles have also surveyed all or parts of the United States, Canada, the UK, Australia, New Zealand, Belgium, Italy, France, Spain, Portugal, the Netherlands, Slovenia, Croatia, Singapore, and select other countries since data collection began in 2015. In some areas where streets are not easily accessible, Apple employees collect data using portable systems, such as a backpack with LiDAR equipment.

Apple says it is committed to protecting the public's privacy while conducting these surveys. For example, Apple blurs out faces and license plates in street-level imagery that is made available through the Look Around feature.

Don’t rush, Apple. There’s only one World to cover
Reactions: quaresma, RogerWade, freedomlinux and 5 others

Feels like Christmas when you read something about Apple & Czech Republic.

Thank you and sorry for bothering 99.95% of MacRumors members ?
Reactions: graycrow, ez2517, marek.jalovec and 15 others

(and yes this a joke based on the one made in Maps&Poland thread)
Reactions: Sebosz, RogerWade, one more and 1 other person

I hope we get a big update with Look Around in iOS 15. Look at all the places they’re collecting images this year-

I know of a band that has a Spanish sound technician, Juan Tú... and a Czech one too.
Reactions: tubular

If there is a big roll out in ios15 Maps will feel as grateful as the dog usually ignored by its master that it finally got some attention.
Reactions: RogerWade
U

Same here in Slovenia ??
+ we have been waiting for iOS translation for wayyyy tooooo looong ?

Will Apple ever see the Czechered flag and finish in Czechia?
Reactions: RogerWade

I saw one vehicle here in Czech Republic today. I’d expect to see them in Prague but I saw one in my hometown too. So Apple might offer some serious coverage.
Reactions: RogerWade and lostczech

Hey, I can’t wait to travel to the beautiful Czech Republic!
Reactions: Sebosz, Martius and RogerWade

I've seen Apple cars in my town since 2017... still no coverage. I don't get this delayed rollout.
Reactions: Redsep, entropys, ErikGrim and 2 others
K

waiter brought a tablet with a map of ZCECH. I asked “ why you brought me a map of Czech? Waiter replied, “ sir you did ask for Czech “. “ yes I sure did but I was asking for CHECK..you know 5-letter word starts with letter C “..waiter, “ sir, you DO know Czech have 5-letter word and it happens start with letter C..” of course you’re right how silly of me “..next time I am going to eat at pizzeria called “ eatery “?
Reactions: Unsupported

I lived in the Czech Republic for 12 years. It'd be great to see an Apple store there. I got lucky with the first Intel MacBook Pros - an Apple dealer in Prague accidentally ended up with the MBP which had an American keyboard and American power adapter. They sold it to me at a discount because it was an oddball machine in that market.
Reactions: TheWatchfulOne
K

mtneer said:
Will Apple ever see the Czechered flag and finish in Czechia?
Click to expand...

Cool but can we get New Jersey first? Lol

A u nas ani ofiko shop nemaju... ??
And here apple cant have even official shop ..

glsillygili said:
I've seen Apple cars in my town since 2017... still no coverage. I don't get this delayed rollout.
Click to expand...

Same. It's a weirdly delayed rollout in Australia.

this entirely depends on your carriers. t mobile czech could do the trick, as tmobile germany and magyar telekom did.
but in most cases telco’s internal it systems are a massive pile of overly convoluted dung. and AW LTE requires tight integration, which is quite different from the regular “eSIM support” they might already have, and also the use of a so called entitlement server to interact with apple.
H

Still waiting for the many many other features in my country (Belgium) announced over the years.

Where is real-time public transport, speed limits, accident reporting, bike navigation, … ? And the most important one: road works on the municipal level.

Why the glacial pace, Apple? What resources does Google have that you don’t?
Reactions: one more
M

I could manage live without this… The #1 priority should be a real CZ Apple Support which is actually able to provide at least some help, not the … thing they offer now if you make the mistake to call them.

I’d quite like to drive one of these mapping cars. It would be a bit like Grand Theft Auto, minus the carnage.

hagar said:
Still waiting for the many many other features in my country (Belgium) announced over the years.

Where is real-time public transport, speed limits, accident reporting, bike navigation, … ? And the most important one: road works on the municipal level.

Why the glacial pace, Apple? What resources does Google have that you don’t?
Click to expand...