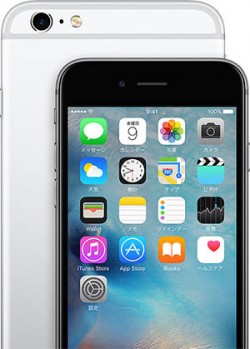 According to the reports, Apple is likely to transform AUO into an active-matrix organic light-emitting diode (AMOLED) screen supplier for production of future iPhones, and if AUO agrees with Apple's fund injection plan, the Taiwanese firm could see its sales and gross margin grow significantly.
Click to expand...

AU Optronics declined to comment on its potential investment deal with Apple, but the supplier's shares of the company gained 5.15% on Tuesday to close at NT$9.53 on the Taiwanese stock market amid the rumors.

AU Optronics, which has supplied LCD panels to Apple in the past, has reportedly been developing AMOLED displays for more than a decade, and last year it began shipping AMOLED panels to Huawei and other Chinese manufacturers. Apple currently uses LCD panels for iPhones, sourced primarily from Sharp and Japan Display.

Last month, it was reported that Apple has been recruiting talent from AU Optronics and Qualcomm to work at a Taiwanese factory, where the company is purportedly developing thinner, lighter and brighter displays for future Apple devices. The secretive lab may be specifically focused on OLED and Micro-LED technologies.

Samsung, LG and Japan Display have also been rumored to provide Apple with OLED displays for iPhones starting in 2018.

OLED displays typically have brighter colors and deeper blacks, and the lack of a backlight increases power efficiency, but the panels can also have shorter lifespans and higher manufacturing costs compared to LCD technology. Apple has reportedly been consulting with OLED panel makers to eliminate potential drawbacks.

Makes sense to diversify with your suppliers. I'd be wary though if I were AU after the whole GT Advanced debacle.
Reactions: appledefenceforce, Mums, bstpierre and 2 others

Definitely some downsides to OLED. They get burn-in and die over time so your screen eventually loses brightness and dies.
Reactions: Simplicated

I am not a display engineer. Can someone who knows these things explain the difference between AMOLED, OLED and Micro LCD? What would drive Apple to choose each of these technologies referenced in the article?

Escape the burn in issues and this would be fantastic tech to see. I have a feeling that if Apple manages to make the display more efficient we will see even smaller batteries/thinner devices instead of just maintaining the current size and letting us get massive gains in battery life.
Reactions: Avieshek

Let's hope not. But didn't that go wrong because of mismanagement on their end?
Reactions: Avieshek and appledefenceforce
S

OldSchoolMacGuy said:
Definitely some downsides to OLED. They get burn-in and die over time so your screen eventually loses brightness and dies.
Click to expand...

Even if this is case, will we see the OMOLED screens on the iPhone7 or will we have to wait for the iPhone 8?
T

Maybe they can give them the furnaces. Something has to get melted.
Reactions: boazjoe
Y

The best next mobile display technology would be E-ink or something similar, IF it ever catches up in terms of refresh rate, color space, etc.

MacRumors said:
but the panels can also have shorter lifespans
Click to expand...

Can someone at MR quantify this statement? To simply say "shorter lifespan" means what exactly? That whole shorter lifespan/higher cost blurb has been cut and pasted into posts several times without any real follow up. A tiny bit of research would make these posts that much more informative. Imo, of course.
Reactions: Avieshek, vmistery and the-oz-man

I can just imagine apple saying something like "Apple scientists have created a display with true blacks and vibrant colors, the display also saves battery life thanks to this apple creation"
Reactions: BenGieCruz, Avieshek and just.in.time
L

It's actually not more resolution that you want, particularly on such small screen sizes. The better black levels are the most important for media. There's nothing worse than cheap panels where all shadows/grays/blacks blend together and you can't see anything in a screen
M

First saw OLEDs on a private tour at a Sony facility over 10 years ago. It blew my mind. I've been wondering why the adoption rate has been so slow. Longevity would still be 75% brightness after 5 years of typical use. That does not seem so bad for a display that naturally seems so much brighter to begin with on a device most people don't use after 3-4 years anyway.
As for cost, it's worth it.
Reactions: Avieshek, Vanilla35 and AleXXXa
C

Why? Do you have inside information to share?
Reactions: Avieshek

just.in.time said:
Escape the burn in issues and this would be fantastic tech to see. I have a feeling that if Apple manages to make the display more efficient we will see even smaller batteries/thinner devices instead of just maintaining the current size and letting us get massive gains in battery life.
Click to expand...

(Obviously I have no proof whatsoever, the above represents a completely fictional case unrelated to the topic, I do not own any AAPL stock and I'm actually a hamster.)
Reactions: Avieshek, ZZ9pluralZalpha, ackmondual and 1 other person

satchmo said:
A perfect technology for Apple then.
Click to expand...

69Mustang said:
Can someone at MR quantify this statement? To simply say "shorter lifespan" means what exactly? That whole shorter lifespan/higher cost blurb has been cut and pasted into posts several times without any real follow up. A tiny bit of research would make these posts that much more informative. Imo, of course.
Click to expand...

It means that it loses brightness relatively fast. It is especially problematic in display types where the light output is produced by pixels themselves (i.e. PDP and OLED), as it may lead to uniformity issues (some pixels age faster than others) or colour shift. In contrast - modern LCDs with LED backlight have very long lifespans and uniformity issues are not related to ageing, but are a QC issue.
Last edited: Jan 12, 2016
Reactions: appledefenceforce, ATC and just.in.time

They are not sharper! Where does this kind of thing come from? And they don't have "brighter" colors. They have had more saturated colors, which isn't really a good thing. When Samsung finally decided to calibrate its displays, as Apple had been doing for years, the displays no longer had those unnatural "brighter" colors. You know, when flesh tones look orange?