Apple has objected to an apple logo trademark that Norway's Fremskrittspartiet or Progress Party filed for back in November, according to the Norwegian Patent Office.

The image in question features a red apple with a stem and a green leaf that also has a white "F" on the front, an icon used by the Fremskrittspartiet.

In an objection letter provided to Norway's Patent Office, Apple says that the trademark that the Fremskrittspartiet has registered "resembles" the "very well-known" trademarked Apple logo and is likely to be confused with Apple's prior trademarks.

The Fremskrittspartiet has applied to use the trademark for computer software, digital media, stationary and other paper products, household items, textiles like flags, clothing and headgear, buttons, and games and toys.

It's not yet clear how this will play out, but Apple plans to provide additional documentation to support its case in the future. Apple is asking the Norwegian Patent Office to repeal the Fremskrittspartiet's trademark registration.

It isn't anywhere near Apple's logo. If only they were as protective with other things...
Reactions: sideshowuniqueuser, Tinkernaught, nburwell and 25 others
Comment
T

What a bunch of morons. Does not resemble Apple logo in the slightest. Arrogant bastards
Reactions: TMax, Tinkernaught, HJM.NL and 22 others
Comment

Sorry, Apple, this is as far from your logo as one apple can get. Stop trolling.
Reactions: TMax, Tinkernaught, HJM.NL and 12 others
Comment
F

Next Apple will request markets remove apples from sale.
Reactions: TMax, Tinkernaught, nburwell and 27 others
Comment

Hmm. About as "likely to be confused" as the MacRumors logo
Reactions: Tinkernaught, HJM.NL, Yvan256 and 15 others
Comment

This reminds me of the time when Microsoft went after a young programmer named Mike Rowe who had the domain name mikerowesoft.com.

Microsoft ended up with plenty of egg on its face.
Reactions: TMax, Craiguyver, jhfenton and 15 others
Comment
D

If you don't enforce your logo, you lose rights to it.

This is how law works. They aren't being arrogant.
Reactions: jhfenton, Graham King, saudade and 6 others
Comment

Lol this is redic. The fact that Apple even took the time to be bothered by this ugly early 00 word art
Reactions: HJM.NL, decypher44, BigBoy2018 and 2 others
Comment

Apple are doing us all a service if they can pull this '90s clipart logo from the face of history.
Reactions: martyjmclean and venturelli
Comment
H

I bet Sir Paul is laughing about this.
Reactions: Gilligan's last elephant, millerj123, motulist and 3 others
Comment

There's probably an employee at Apple who's only job is protecting copyrights. Gotta look like they're doing something to justify their salary.
Personally I think apples (the fruit) should be banned from grocery stores, and every apple tree cut down. Apple juice should be illegal too.
Reactions: HJM.NL, freezah, adib and 2 others
Comment

I think I saw that logo in the fruit section of my grocery store.
Reactions: HJM.NL, freezah and RowellE
Comment

Looks nothing like it. I could see if they went after Applebee's or something: 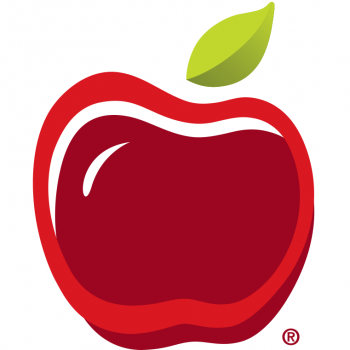 It would help if the leaf was facing the other direction, would be less similar, but it's still a stretch.
Reactions: GrumpyMom
Comment

I think it's worth mentioning that Fremskrittspartiet is a far-right political party with anti-immigration politics, which probably plays into Apple not wanting to be associated with it.

But still, the difference is quite substantial.
Reactions: Craiguyver, drumcat, Yvan256 and 8 others
Comment

Jeaz said:
I think it's worth mentioning that Fremskrittspartiet is a far-right political party with anti-immigration politics, which probably plays into Apple not wanting to be associated with it.

But still, the difference is quite substantial.
Click to expand...

DoogH said:
If you don't enforce your logo, you lose rights to it.

This is how law works. They aren't being arrogant.
Click to expand...

That's nothing like the Apple logo. Why doesn't Apple go after Huawei and Xiaomi for copying the exact look of the camera bump of the X series? Oh yeah because they don't dare provoke China. I hope Norwegian comedians parody this mercilessly.
Reactions: HJM.NL, Oblivious.Robot, adib and 4 others
Comment
I

Its silly but the law requires Apple to defend it’s trademarks or lose them. It doesn't mean the party cant use it, but if Apple wins, the party can’t trademark it.
Comment

You can say it doesn't look all that much like Apple's logo, but it has the letter F on it and increasingly people may exclaim various words beginning with F when thinking of Apple, so perhaps they really need to get on this quick before confusion sets in...
Reactions: TMax, HJM.NL, smirking and 2 others
Comment
P

Apple is nothing but irony and hypocrisy. The new, old Microsoft, indeed.
Reactions: TMax, HJM.NL, YaBe and 2 others
Comment
P

smirking said:
This reminds me of the time when Microsoft went after a young programmer named Mike Rowe who had the domain name mikerowesoft.com.

Microsoft ended up with plenty of egg on its face.
Click to expand...