Apple is working on five new Macs for launch in 2022, including a new version of the entry-level MacBook Pro, according to Bloomberg's Mark Gurman. 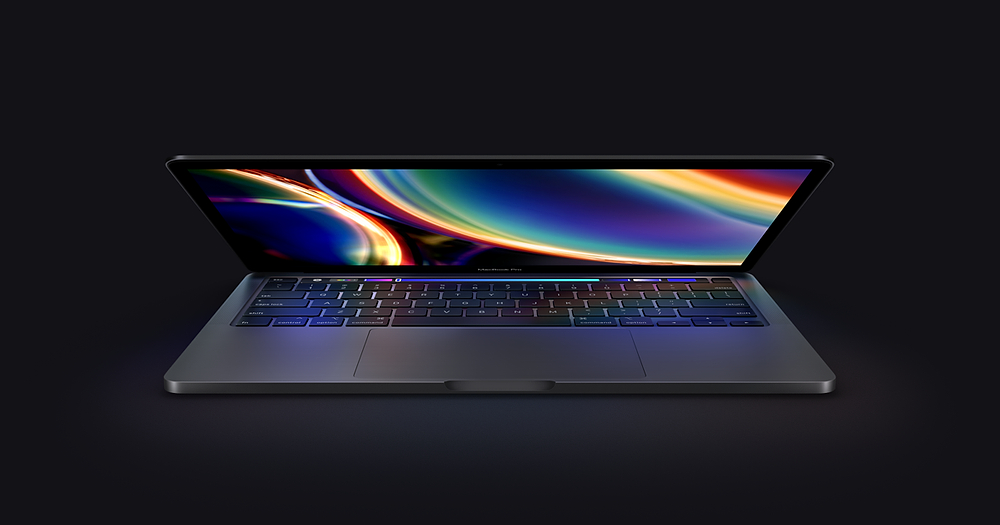 In the latest edition of his "Power On" newsletter, Gurman said that he expects Apple to launch five new Macs in 2022, including:


While there have been a large number of rumors around Apple's iMac, MacBook Air, Mac mini, and Mac Pro updates, Gurman's mention of a new entry-level MacBook Pro stands out. He previously mentioned that a next-generation entry-level MacBook Pro would contain the same M2 chip as the next-generation MacBook Air, featuring the same number of CPU cores as the M1 chip, up to 10 graphics cores, and improved performance, but this is the first time that the machine has been mentioned in over half a year.

The introduction of Apple's latest high-end MacBook Pro models, which feature larger displays, scrapped the Touch Bar, and added more ports, seems to have left the entry-level MacBook Pro in something of an odd position in the Mac lineup, leading to speculation that it could be discontinued and replaced with a high-end version of the MacBook Air, but Gurman's reaffirmation suggests that a new entry-level MacBook Pro is still on the way for 2022.

Details about the new machine are unclear, but there are significant questions around how the new entry-level MacBook Pro will take the middle ground between the new M2 MacBook Air and the current high-end MacBook Pro, and whether aspects such as the Touch Bar will remain.

Refreshes of the 24-inch iMac and high-end MacBook Pro were noticeably absent from Gurman's list of expectations for 2022. While these machines were updated this year, their absence from Gurman's list could add clout to the theory that Apple is not planning to update its Apple silicon Macs annually.

Beyond the Mac, Gurman mentioned that he also expects to see an iPhone SE with 5G, new AirPods Pro earbuds, and the introduction of Apple's first mixed augmented and virtual reality headset in 2022.

Maybe the entry-level MBP gets replaced by a bigger (15-16") Air, it would be much needed
Reactions: karranz, F1 Fan, Mastanto and 20 others

Hm well he could be right but that seems really strange to me. I can’t see the 13” MacBook Pro making much sense even now let alone after a fancy new MacBook Air is released.
Reactions: filmbuff, mabhatter, fahlman and 6 others
X

Bring on that iMac!
Reactions: iSee, Lemon Mac, TimB21 and 6 others

The big question in my mind is whether the current M1 MacBook Air model will saved in the line-up, lowered in price to ~$899, with these new M2 MacBook Airs slotting in above it at $999 & up.
Reactions: mabhatter, navaira, Tagbert and 3 others
S

The entry level MBP is the most redundant of Apple's offerings
Reactions: simoss23, Mastanto, pixeltech and 21 others

well, courageous prediction, falls in line with Apple's plan to complete AS transition within 2 years ...
some of these are obvious (iMac, Mac Pro, mini) but MBA (the redesign) and EL MBP? Let's see what Apple will actually deliver ...
Reactions: Captain Trips, mburkhard and LeadingHeat

This makes me think Apple is planning a bi-yearly refresh for Apple silicon macs. Wonder if should go for the M1 Max now or wait til 2023?
Reactions: Morod and TheDailyApple
W

calstanford said:
The entry level MBP is the most redundant of Apple's offerings
Click to expand...

This. The current 13 MBP is effectively redundant with the current M1 Air. A new entry level M2 MBP would be equally redundant with a new M2 Air. It would be pointless unless the M2 Pro can offer something significant the M2 Air doesn’t have, like maybe the legacy ports the 14in. Pro has as well as maybe a 14in. screen. I think we can safely assume the TouchBar won’t be kept.

That might work because presently it’s a big jump from the 13in. Pro to the 14in. Pro.
Reactions: rezwits and Zdigital2015

Very interested in ANY M2-based MacBook Pro that is reasonably-priced & has an HDMI output port !
Reactions: TheKDub, dottdirtt and fod_dzug

An updated Mac mini makes it sound like it’s not a redesign with M1 Pro and is instead an M2 refresh.

Also, no mention of a 24-inch iMac M2 refresh. If it’s a 2023 device, that’s gonna suck because it will once again get the newer M-chip until months later. Hopefully not.
A

Very excited for a revamped Mini!

Our lab has a ~5 year old 28-core dual-Xeon server with ~300 GB RAM, and for low-RAM, heavy CPU tasks (specifically, Bayesian models in STAN) my 10-core M1 MBP smokes it by a clean factor of two. We also have a ~2010 Mac Mini file server we want to replace, so here's hoping the rumored 20-core M1 Pro Duo makes it into the new Mini so we can use it for more CPU-bound workloads.
Reactions: August West, dhess34, Captain Trips and 6 others

Warped9 said:
This. The current 13 MBP is effectively redundant with the current M1 Air. A new entry level M2 MBP would be equally redundant with a new M2 Air. It would be pointless unless the M2 Pro can offer something significant the M2 Air doesn’t have, like maybe the legacy ports the 14in. Pro has as well as maybe a 14in. screen.
Click to expand...

I think it would likely be an alternative to the rumored new M2 Air design aesthetic. Plenty of people may not need the Pro Or Max chips but don’t want the colors of a new M2 Air.
Reactions: inaetalan, carbon_0, TiggrToo and 2 others
M

This is the full list fromGurman:
but probably macrumors needs an article for each one )
Reactions: sugarfish, onelove4everu, michaelnugent and 9 others
M

gpat said:
Maybe the entry-level MBP gets replaced by a bigger (15-16") Air, it would be much needed
Click to expand...

Yes this would make much more sense as a machine to take over that price point… one thing I would note is while the machines individually are good or even great, the lineup as a whole is still a mess. Swapping the 13” Pro for a 15” MacBook(Air) brings a much nicer order to things in one small change.


DHagan4755 said:
The big question in my mind is whether the current M1 MacBook Air model will saved in the line-up, lowered in price to ~$899, with these new M2 MacBook Airs slotting in above it at $999 & up.
Click to expand...

Unwarranted optimism on the prices, far more likely is the M1 Air stays at $999 and the new model debuts at $1,199-1,299. That’s an exact repeat of how they phased in the retina Air.
Reactions: Saturn1217, Captain Trips, SFjohn and 3 others
R

What a difference when you don’t have to rely on intel.
Reactions: emrede, karranz, RalfTheDog and 13 others
T

There’s enough of a gap price wise between the air and the “real” pro that a new entry level makes sense, but what features over the air would it have?

My best guess would be something the size and weight of the Air, but with a ProMotion and maybe mini LED display, and maybe also some stuff like more than one display output or HDMI, assuming the air doesn’t have any of those.
Reactions: carbon_0 and jdb8167

I'm curious to see what the difference will be between the Air and the entry level Pro. If they make the entry level Pro basically an Air but with the display and ports of the 14/16", that could actually be a really great laptop for people who want a better display but don't need all that power.

But then again, I don't know why they couldn't just put that on the Air, unless it's to try keep prices down.
Reactions: northernlight, Saturn1217, luxx80 and 3 others

gpat said:
Maybe the entry-level MBP gets replaced by a bigger (15-16") Air, it would be much needed
Click to expand...