Rumors of Apple incorporating near field communication (NFC) technology into the iPhone have become a yearly ritual, but Morgan Stanley analysts believe that Apple may finally be poised to adopt the technology as part of a push to break open the mobile payments industry. In a recent note to investors, analyst Craig Hettenbach points to possible licensing deals, company financial disclosures and patent filings as the basis for this claim.

Morgan Stanley believes NFC is ready to take off, and Apple could be the force that drives its widespread commercial adoption. Though Apple has been publicly silent on NFC and has in fact pursued alternative technologies such as Wi-Fi and Bluetooth for short-range communication features like AirDrop and iBeacons, there is little doubt the company is exploring this short-range wireless technology. A recent patent application describes a secure, NFC-based wallet that allows customers to make purchases wirelessly through their phone, and Apple is in the process of updating its in-store point-of-sale system with one that supports NFC.

According to Morgan Stanley, Apple is choosing NFC as the key technology for its mobile payments system, with semiconductor company NXP likely providing the necessary wireless hardware. NXP has an existing relationship with Apple, supplying the M7 motion-sensing chip found in the iPhone 5s.

NXP is well positioned to participate in Apple's mobile payments ecosystem. The company signed a licensing agreement with a customer in Q4'13, who we believe is Apple, related to its emerging ID business. A recent patent filing by Apple revealed potential use of NFC and secure element, which we think could be embedded. NXP has also accelerated R&D spend to support a new program related to the IP deal, with revenue expected in 2H, lining up well with the launch of iPhone 6. We see this potentially adding $250mn in sales and EPS of $0.25 in 2015.
Click to expand...

A number of rumors have suggested Apple is actively working on a mobile payments system, with Eddy Cue allegedly approaching retailers about the company's desire to handle payments in retail stores and elsewhere and longtime online store executive Jennifer Bailey shifting role to oversee the payments initiative. While stopping short of confirming mobile payments, CEO Tim Cook also admitted during a recent earnings conference call that mobile payments were "one of the thoughts behind Touch ID."

Morgan Stanley is certainly not the only source to be sharing rumors of NFC support for the iPhone 6, with Brightwire citing its own sources earlier this month and high-profile KGI Securities analyst Ming-Chi Kuo making his own claims last month.

NFC makes sense for payments. Transferring of content? Not so much.
S

This may be a stupid question but does NFC work with the phone off?

I dont think apple is going to adopt NFC. And if they do it wont be this year
T

Overall this is good because tech that Apple adopts, even if pre-existing elsewhere, now becomes more mainstream and optimized for broader use which cascades down to existing platforms with tech already in place.

Im all for it. Apple including this tech will +greatly+ increase market adoption across the payment industry (retail, public transport, etc.).

Side note: lets see if we can elevate this discussion and avoid the silly I cant wait for fanboys to reverse themselves cries ... theres _far_ more of that than the actual aforementioned fanboy posts.
K

If they do adopt it, I think it wil be for the iwatch.

can't wait for the "stolen from android" comments.

I'll believe it when I see it, but I really doubt Apple will add NFC after all that they've done with BTLE.

Yes, but we forum members at MacRumors know everything and we say NFC isn't coming? Ammirite?

So, do I have to bump the iPhone against the cash register in order to pay?

I thought I had seen articles saying that NFC had more or less failed in terms of adoption and that even google wallet was moving to alternatives. It seems to me like the iBeacon stuff was gaining traction. Why would Apple give up on iBeacon and move to something that wasn't being adopted by others?

Edit: From a previous MR article
"Apple has steadfastly refused to adopt NFC and because it has fallen out of popularity, Google recently ceased requiring NFC technology in order to utilize the app on Android, shifting its focus from mobile payments to focus on loyalty cards, merchant offers, and discounts."
L

MFC for me, but I won't tell any more.
H

It’s a strategy to keep on repeating what you wish for. And then be angry if it doesn’t materialise. Like in this case.

While Apple is indeed the main force to mainstream new technologies, it never takes off in case support from other vendors is needed. Look at Thunderbolt, Firewire, Passbook, AirPrint, etc. In those cases, third-party support remains limited and it never becomes “the next big thing". (For iBeacons it’s too soon to tell)

Apple will not support NFC if it doesn’t find a way to lock it into their ecosystem.
J

To be absolutely honest, I've not seen one NFC payment platform anywhere in my life, and I've heard others say the same.

I don't think the problem is the technology, but the reluctance of places to invest in an expensive system for those few people with NFC phones, and then the even smaller minority of people who will then actually use the feature. But if they hear Apple is backing it, they will soon change their tune.

Apple may not be the first (or indeed the best), but they do have a lot of influence on the mobile industry and it's associated areas, and this alone is a huge strength to have.

I'd like to see this in the fabled 'iWatch', so you can just swipe your wrist instead of reaching your phone out of your pocket every time.


Taipan said:
So, do I have to bump the iPhone against the cash register in order to pay?
Click to expand...

If your iphone is in your breast pocket you have to chest pump the shop attendant to pay.


... in all seriousness the NFC will be in the iWatch not the phone. It will be the USP of the iWAtch IMO. If your have your phone with your watch you just reach out and wave at the counter to pay... easy

Wouldn't an "anti fan boy" just be a general consumer?

I hope this happens sooner rather than later.

Easy payment using your iPhone secured by TouchID and billed straight to your iTunes account.

For whatever reason all the Android handsets with NFC haven't quite driven adoption of NFC in the wild (at least here in the UK). I hope Apple joining the party does push things forward and I hope users of all mobile OSes benefit in the long run.
M

You must have never used NFC Quick Sharing for quickly transferring files, without having to pair / connect devices beforehand. It's a godsend and I very frequently use it to transfer shots.


Nunyabinez said:
because it has fallen out of popularity
Click to expand...

Still, it's the Nr. 1. quick sharing technology used in cameras, particularly in the latest models. So much for it being not used...

I'm not sure why everyone is complaining about NFC. in London its EVERYWHERE.

Paying for anything in my local shop, buying lunch, paying for public transport, everything at my supermarket, taxis. It can all be done with NFC. Its the same card machines, but the newer ones that have the four lights on top mean you can simply put your current account card on the top to pay. no PIn number, no receipt. EASY

NFC is here to stay 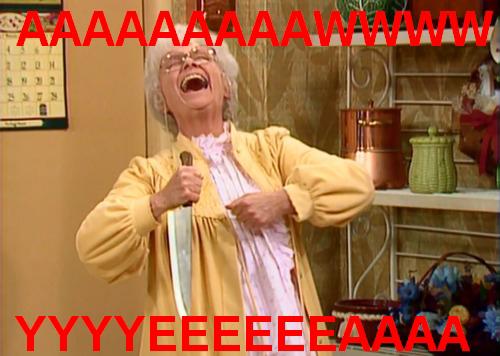