Apple is on an "aggressive hunt" for potential deals that would allow it to broadcast live sports content on its TV+ streaming service as part of a wider effort to boost subscription numbers, according to a new report from investment firm Wedbush. 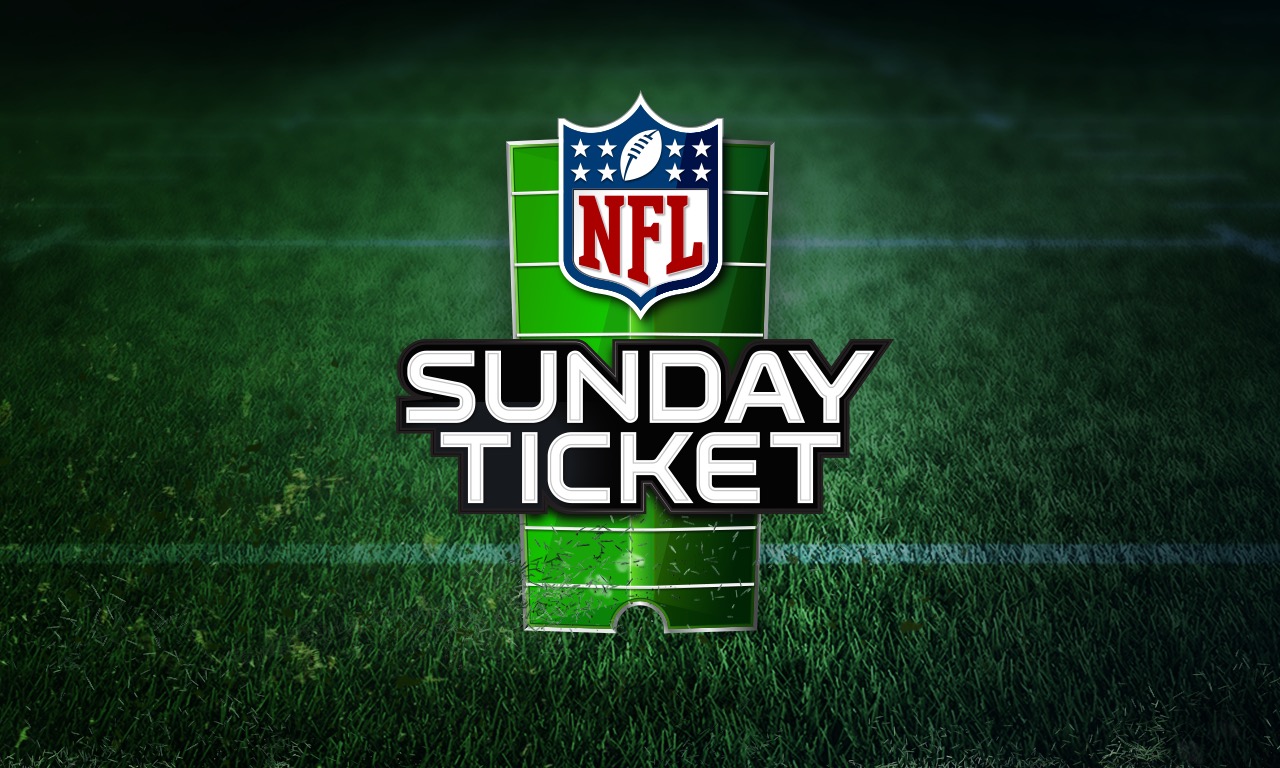 In a new investor note, seen by MacRumors, Wedbush analyst Dan Ives said he regards Apple's decision not to acquire a movie studio yet as a clear indication that it now sees live sports programming as potentially a key piece of its future success for growing the audience of its video streaming service.

Apple has not provided details on ‌Apple TV+‌ subscriber numbers since the digital streaming service began, but Wedbush estimates that Apple TV+ has around 20 million paid subscribers among roughly 45 million viewers, the rest of which are seeing out free trials included with other Apple product purchases.

That's a fraction of the number of subscriptions that the likes of Disney+ and Netflix enjoys. Knowing this, Apple is apparently "ready to spend billions" on live sports content over the next four years to drive the future growth of Apple TV+ and make it a key monetization engine in its burgeoning services ecosystem, which earned it $80 billion in annual revenue in the last financial year.

With Apple spending $7 billion annually on original content and having roughly $200 billion of cash on its balance sheet, we believe the company is gearing up to bid on a number of upcoming sports packages coming up for contract/renewals in future years. We note that upcoming sports packages potentially for bid over the next four years that Apple can be involved with (in some capacity/semi-exclusive) are: NFL (Sunday Night Ticket), Big Ten, Pac 12, Big East, Big 12, other NCAA sports packages (2024 timing), NASCAR, and the NBA/WNBA.
Click to expand...

At the current time, ‌Apple TV+‌ does not offer support for any kind of live television, providing access only to on-demand television and movie content, so Apple will need to build in a new sports-oriented section with live TV streaming if it completes any deals.

Earlier this month, The New York Post reported that Apple has entered into discussions with Major League Baseball about a potential deal that would see the company broadcasting MLB games next season, which would represent a major foray into the world of live sports content.

Its current lack of live sports access remains a serious hole in Apple TV's programming, with competitors like Amazon already boasting established deals. For example, Amazon's 20 live English Premier League soccer games will return in the 2022/23 season, and the company has inked a deal to air "Thursday Night Football" games starting this fall, for which it paid more than $1 billion for the access.

Apple has the capacity to dominate _if it wants to_. E.g. buy English Premier league rights globally and become the home of football (soccer).

I don't think they will do this, but can see them following amazon's path of buying some rights to some sports. Just enough to add some value.
Reactions: RogerWade, iDento and Armada2

But is it ready to spend billions on Siri and Apple Maps for the rest of the world? I don't give a **** about American football.
Reactions: ErikGrim, NARadyk, Lloigorr and 54 others
S

Personally, I would love Apple to get NFL rights, but Worldwide rights for euro football will definitely do wonders to their subscribers numbers and probably better for Apple’s bottomline.
Reactions: BGM, SFjohn, tongxinshe and 10 others

If this means stripping out all of the incessant advertising during and between games, then by all means, please let this happen. Still can't wrap my mind around why sports are worth billions of dollars, though.
Reactions: SFjohn, MareLuce, michaelnugent and 9 others

Maybe I don’t under how it works, but Paramount+ (Formerly CBS All Access) has a live opt right in the TV app for those that subscribe via Apple TV Channels
4

GuilleA said:
I don't give a **** about American football.
Click to expand...

So why are you here?

In North America, the NFL is a massive entity, and even for worldwide audiences. Apple has potential to make a lot of money alone just with broadcasting the NFL, one of the most popular sports ever with Football.
Reactions: ErikGrim, SFjohn, albebaubles and 23 others

It seems very far from what made Apple great.

Moonjumper said:
It seems very far from what made Apple great.
Click to expand...

Apple isn’t the same company they were 20 years and they shouldn’t be expected to. Are you suggesting that Apple should not take on new heights where they can capitalize on different parts of the industry? Look how they’re streaming services has turned out very successful. Expansion into various service offerings is a good thing. They’re more than just a ‘tech’ company.
Last edited: Jan 14, 2022
Reactions: Chlloret, Lymf, headlessmike and 1 other person

Why don’t they spend a few million on HomePod and Siri? Siri sucks and she sucks even harder on HomePod for some reason.
Reactions: Karma*Police, michaelnugent, JonneyGee and 10 others

I read somewhere recently about how the Apple Music team works with the AirPods team to optimise experiences and I think there is some merit in Apple acquiring sports content, but think the article doesn’t quite go deep enough into analysing just why Apple might want to do so.

In summary, Apple wouldn’t do it simply to boost TV+ subscriber numbers (because Apple isn’t the only company with big pockets, and a bidding war can get ugly very quickly). Rather, if Apple does bid for sports content, I suspect it’s because Apple thinks they can reinvent the manner in which sports is consumed.

Just like how Fitness+ adds value to an Apple Watch, sports could make sense when consumed in a VR / AR setting. Perhaps simulate actually been present at a live stadium, with the UI allowing for consumers to interact with these games in some novel manner.

When it comes to Apple, it often helps to think about how such acquisitions lend themselves to enabling new experiences. Rather than simply being solely for additional subscription / hardware revenue.
Reactions: siddavis, iDento and LeadingHeat
J

This is probably an effort tied to their future AR/VR business. The next big thing will be streaming live events in VR with 360 degree view.
Reactions: tongxinshe, eifelbube, decypher44 and 2 others

Relentless Power said:
Apple isn’t the same company they were 20 years and they shouldn’t be expected to. Are you suggesting that Apple should not take on new heights where they can capitalize on different parts of the industry? Look how they’re streaming services has turned out very successful. Expansion into various service offerings is a good thing. There more than just a ‘tech’ company.
Click to expand...

Don't care for American sports, I just want them or Amazon to buy the premier league!
Reactions: Futurix, ToxicBlue, AdeFowler and 3 others

1. what has spending on NFL games got to do with R&D investment. Those happen as well.
2. SIRI is decent/good. it may not be perfect but folks scream at alexa too. Further, homepod is really good.
Reactions: SFjohn, JonneyGee, decypher44 and 3 others

there are too many betting site/internet options that stream live games for free.
just be kwik with the cmd_w keystroke!
Reactions: JonneyGee, SirAnthonyHopkins, dysamoria and 2 others
W

I highly recommend that anyone interested in this topic listen to The Dan Le Batard Show from this Tuesday, hour 1. It features John Skipper (former ESPN chief) and David Samson (former baseball executive). They go in depth on the financials of what Apple is trying to accomplish and discuss the probability of Apple purchasing Disney in its entirety or part of the company in order to obtain the sports rights ESPN currently has. 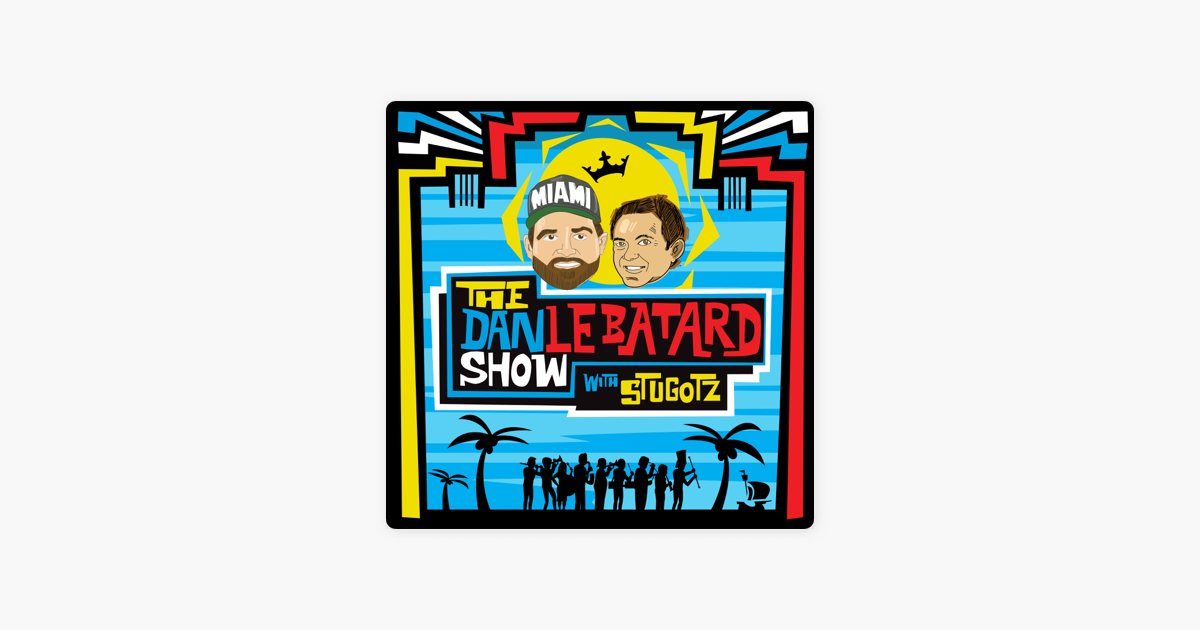 I agree,
and spend that $ on the App store legitimacy.

as does Macworld that published an article how the app store is a mess,
and sould be repaired.
but  sadly "has no economic incentive to fix this problem."
Reactions: dysamoria

They should go in two directions:
* Motorsport (from F1 to boat and plane racing, including the Women series and the electric series)
* Extreme sports (climbing, diving, skating...)

This would make Apple different, while providing the thrill.
Reactions: dysamoria, Cosmosent and Alwis

Sure, spend hundreds of dollars for a season subscription to something like NFL Sunday Ticket and then find out that you STILL can't watch your own local sports team because those games are blacked out due to exclusivity contracts from the TV network and your local broadcast station.
Reactions: SirAnthonyHopkins, nt5672, Cosmosent and 2 others
N

Their content is so sparse i can once a year activate the sub and watch what i'm interested on a single weekend then unsub another year.

So if i were the slightest interested in sports this would probably keep me subbed for recurring weekly content. But luckily i'm not and also not looking forward to pay more for the 1 month a year to catch up on Foundation.
Reactions: sideshowuniqueuser, Huck and Agit21

Wish they’d buy up all the uk soccer rights , teach sky a lesson

Cant watch most of the Liverpool games now ?
Reactions: AdeFowler

Seanm87 said:
Don't care for American sports, I just want them or Amazon to buy the premier league!
Click to expand...

If  purchased the premiere league, they would make César Azpilicueta outdated and force him to retire.
Reactions: ToxicBlue
A

Or give iOS the ground-up rebuild it so desperately needs...
Reactions: sideshowuniqueuser, User 6502 and nt5672

1. what has spending on NFL games got to do with R&D investment. Those happen as well.
2. SIRI is decent/good. it may not be perfect but folks scream at alexa too. Further, homepod is really good.
Click to expand...

Not really. Siri is far behind its competitors.. and ever since iOS 15, Siri on HomePod has been a disaster. It’s not just myself with issues, MacRumors, Reddit, Facebook groups are all complaining.