iOS 10.2, currently being beta tested, introduces new artwork for many existing emoji. Apple has made an effort to add more detail to emoji, for a more realistic, vivid look that works well with the Messages feature in iOS 10 and macOS Sierra that displays larger emoji.

Almost all of the food emojis were redesigned in iOS 10.2, but one redesign received a lot more attention than others - the peach. The iOS peach emoji, in addition to representing the fruit, has long been used as a symbol for a person's rear end due to its design and angling, which Apple changed in iOS 10.2 beta 1.

The iOS 10.2 beta 1 peach emoji was much rounder and more peach-like, eliminating its resemblance to a butt. The shift was widely noted (and mourned) on the internet, and the attention the redesign received seems to have prompted Apple to change the emoji back to its original look. 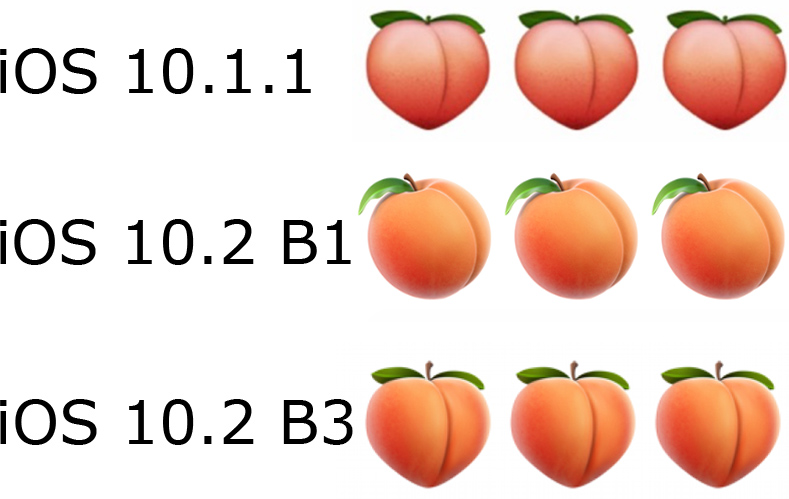 As The Next Web points out, the peach emoji has been overhauled again in iOS 10.2 beta 3, and now it once again resembles a derriere. The colors have shifted a bit and there's more detail included, but it is undeniably -- and perhaps more so -- butt-like.

It's an insignificant change, but the reversion of the peach emoji to its original state suggests Apple listens to and takes into account the feedback of its users, even when it comes to small details.

In addition to changing the look of the peach emoji, iOS 10.2 beta 3 also further refined the new TV app, adding "Up Next" functionality and fully eliminating the Videos app in the United States. iOS 10.2 is still in beta testing, but we expect to see a public release in December, which is when Apple has said many of the iOS 10.2 features will debut.

People are so intelligent nowadays that they complain about issues that are very important to human society, such as how a silly emoji doesn't look exactly like they want it to look.
Reactions: Aldaris, pcmacgamer and Eduardo1971

Don't ever mess with our peaches and our eggplants. They're the hieroglyphics of my generation!
Reactions: tuslaw12, Fancuku, Digital Skunk and 14 others

It looks even more like a butt then it did originally! Awesome
Reactions: Fancuku, tyasjs, countryside and 1 other person

This makes up for everything.
Reactions: imran5720, Koodauw, redbeard331 and 1 other person
N

Now lets work on the banana...
Reactions: Fancuku, imran5720, SuperCachetes and 4 others

This took a lot of courage. Congratulations Apple.
Reactions: Avenged110, Fancuku, Digital Skunk and 16 others
L

Now bring back the real gun and lower the price of the MacBook Pro.
Reactions: ILikeAllOS, AlphaHumanus, Glassed Silver and 10 others

And they still dont work on here! (N)
K

Perfect complement for the TouchBar - please bring some butt to the Mac
Reactions: redbeard331

You know... when you don't know how to say something.... use nature XD!

If apple invested as much time and manpower into its MacBook line up as it did with its peach emoji then maybe....
Last edited: Nov 16, 2016
Reactions: Avenged110 and JamesPDX

"Hey Tim, the horde is complaining about prices, soldered parts, and mediocre hardware and performance integration".

I'm not one of those people, but this story will be gold for those who label the new Apple as the 'emoji-Apple'.
Reactions: Glassed Silver and celaurie

This was really a problem to begin with?

Thank goodness the real news is a MacBook Pro which is selling really well, and increased demand for the prior generation.

It is unapologetically buttlike again.
Reactions: JamesPDX, Speedy Dingo, Return Zero and 3 others

MacRumors said:
As The Next Web points out, the peach emoji has been overhauled again in iOS 10.2 beta 3, and now it once again resembles a derriere.
Click to expand... 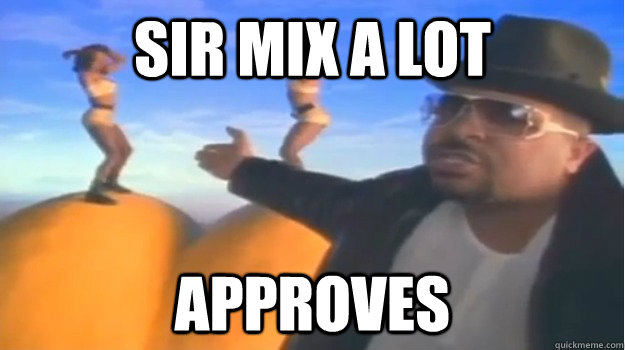