Apple today released an updated version of Shortcuts, introducing support for several new actions related to the Notes app. There are options for Create Note, Append to Note, Find Notes, and Show Notes, all of which can be incorporated into your shortcuts.

There's also a new Get Numbers input action for pulling numbers from text, and Get Time Travel includes more details like route name, arrival time, and distance. You can also now tap on the Library tab to get to the bottom of the shortcuts list more quickly. 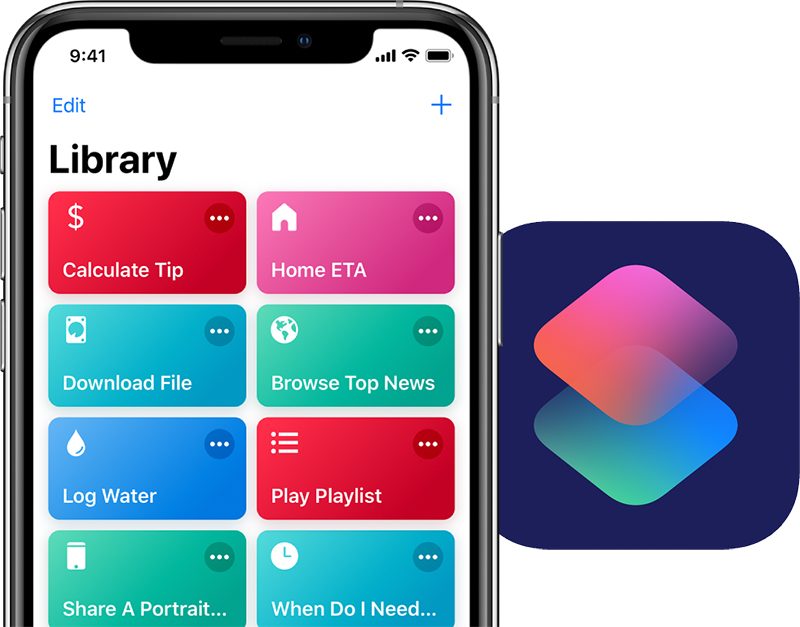 Apple's full release notes for the new 2.2 Shortcuts update are below:

- Create and access Notes in your shortcuts with the new Create Note, Append to Note, Find Notes, and Show Note actions
- Pull out numbers from text using the new Get Numbers from Input action
- Tapping on the Library tab will now scroll to the bottom of your shortcuts list
- Get Travel Time now returns more details, including route name, arrival time, and distance
- Bug fixes and improvements
Click to expand...

The Shortcuts app, introduced in iOS 12, is designed to allow iOS users to create multi-step shortcuts and automations using both first and third-party apps, with the shortcuts able to be activated using Siri commands.

Through Shortcuts, for example, you can create an automation to do something like turn on the thermostat at home using the Nest app, text your roommate that you're on the way with Messages, and open up the Maps app with directions home all with a single "I'm going home" Siri command spoken when leaving work.

Shortcuts are deeply customizable, with Apple's Shortcuts app providing a gallery of Shortcut suggestions along with the tools to create your own.

I could need some curation to this app...
B

Still no folders. Facepalm. If they continue at this pace.....
Also needs an Apple Watch app that allows to run a shortcut by tapping a complication.
Reactions: RabbitLuvr, tgara, John05.636 and 1 other person
D

I gave up on shortcuts the app is confusing and it’s complicated
Reactions: Patriks7, dpjkillian, AnorexicPig and 7 others
B

What was Apple thinking when they developed this. The public are not programmers
Reactions: dpjkillian, AnorexicPig, chfilm and 5 others

I also tried using it but there don't seem to be clear instructions as how to use it, much less of what benefit it is....unless you automatically want to buy a cup of Starbucks burned coffee every morning.
Reactions: KeithBN

It isn't as if iOS boots up into Shortcuts and you have to use it.

I welcome more powerful tools like this in iOS. Just don't download it if it's not for your use case.
Reactions: EedyBeedyBeeps, RabbitLuvr, tgara and 6 others
B

Once again Apple releases something potentially amazing and doesn't support it properly. It sounds like you would consider utilising shortcuts if they were beneficial to you, easy to find and easy to implement. I don't think Apple has done a very good job at all at making these easier for 'consumers' of shortcuts. Hence my earlier comment of an App Store showcase. The current library is a mess and full of shortcuts you can achieve manually with an extra tap.

Equally for developers, I'd like to see Shortcuts integrated into Xcode or a standalone IDE so we can create them on the Mac. It's PAINFUL dragging and dropping elements when you have built up nested statements and dozens and dozens of actions.

Back to end users/consumers, kiosk mode would be awesome. Sure you need the Shortcuts app to gain the utility, but you don't need to see the app running when running your shortcut. A nice kiosk mode for consumers would be great and/or the ability to run shortcuts and use present actions when needed; it's very easy for someone not accustomed to building shortcuts to tap into the shortcut when it is running and break it at the moment.

Back to developers: an easy way to upgrade shortcuts and for users to be able to update them.

You can do such awesome stuff with these. Here's an example of some I have up and running: shortcut that you can add ALL of your email addresses to and have them checked automagically by Have I Been Pwned (HBIP); shortcut that you can use direct from 1Password to check if that password is in the HBIP Pwned Passwords database (all encrypted and calculated on device) and perhaps the most fun, create and generate a random sweepstake (office pool to the Americans): it's the Women's World Cup this year, enter 24 names into the shortcut and it will randomly generate the sweepstake/office pool for you.

This is the level of power shortcuts gave give you, and I don't need to learn Objective C and Swift in order to make great applets.
Last edited: Mar 26, 2019
Reactions: chfilm, ^Tripper^ and gwhizkids

Seriously, how is this not already in the app?! I should be able to set up a shortcut where Siri gives me a notification of my commute time when my alarm goes off in the morning. I've got such a shortcut 90% done, now I'm just waiting on Apple to pull their heads out of their you know what and add an alarm trigger.


bushman4 said:
Very complicated to use and most people I work with and associate with do not use it

It is indeed complicated and I found it a bit formidable myself, but Shortcuts is supposed to be the super powerful, do nearly anything, automation part of their ecosystem. Generally, easy to use and powerful are at odds with one another. Dumbing it down usually requires eliminating or simplifying features to the point of hampering them. Siri, and the HomeKit automation tab are meant to be the easy to use, do the common stuff part of their ecosystem. I think it's smart that Apple gives their customers a range of tools. This isn't to say Apple can't make improvements with regard to ease of use, but there is a limit when you want to create a powerful tool.
Reactions: EedyBeedyBeeps
A

It can do really cool things though....But for the average person probably a little too complicated because it is so powerful and useful. Although teens are experts at it.

I keep forgetting to play around with Shortcuts more. I made one to start driving directions to my next calendar event, which is nice.

dominiongamma said:
I gave up on shortcuts the app is confusing and it’s complicated
Click to expand...

It’s an advanced user feature. It’s not for you. Luckily however, you can still benefit from Shortcuts from within apps where developers did the work for you and created their own Shortcuts. All you have to do is tap “Add Shortcut”.

Tons of Mac users never used AppleScript or Automator but a good number of those still got to benefit from pre-made scripts and automations. Shortcuts is just the iOS version of that dynamic.
Reactions: EedyBeedyBeeps, RabbitLuvr, tgara and 1 other person
T

Disneyland with the Death Penalty

Perhaps I’m not using it correctly (perhaps? Nah, I’m definitely not using it correctly) but I find that it can be rather limited. For example, I have one shortcut that runs a HomeKit scene (turning off appliances), then turns on mobile data and finally turns off WiFi. I call it “Going out” and when I’m leaving home, I get Siri to run that shortcut. Saves a bunch of taps. Only thing is that I can’t add a step to turn on safari content blocker as part of that shortcut.

Also, there is that stupid bug where trying to put a shortcut on the home screen results in an “invisible” icon. Just checked and the bug still hasn’t been fixed. Grrrrr.

iOS for iPad Pro, and improvements about Siri and the shortcuts and home app are all what iOS 13 should be about.
Simple stuff like running a shortcut on a time schedule, or playing a certain playlist on HomePod upon arrival at home etc. there’s a lot of room to improve. Just listen to the recent episode of the Macstories.com podcast about just these topics!
G

dominiongamma said:
I gave up on shortcuts the app is confusing and it’s complicated
Click to expand...

If you think using it is complicated. Imagine how complicated it is to create it, create iOS, create MacOS. But people love to criticize Apple. The recursive irony in your comment is endless.
L

When I go to sleep I tell Siri: 'Hey Siri I am going to sleep'. And Siri says 'Good Night sleep tight'; and switches off the lights for me. But when Shortcuts came I saw a shortcut for Siri to switch off the lights. For some reason I thought that I should use it and when I told Siri that night that I went to sleep. Siri answered: 'Scene activated'. But it did not wish me a good night..... 'Kinda cold' I thought to myself.
So I disabled the shortcut. And without the shortcut Siri wishes me good night .....again.......!
Reactions: RabbitLuvr and ^Tripper^

The app is there for advanced users to create their own. AppleScript and Automator were on OSX and macOS for those who wanted to use them but many other non programmers still got to benefit from them with pre-made scripts.

Now that we have append to Notes, does anyone know how to create a shortcut that takes the url of your current safari page and appends it to a pre-specified note? Driving me nuts
Last edited: Mar 27, 2019

The bug that it photo image size shortcuts still measures every image as 3150pixels wide despite me reporting it to Apple a dozen times is unforgivable.
You must log in or register to reply here.
Share:
Facebook Twitter Reddit Email Share Link
Register on MacRumors! This sidebar will go away, and you'll see fewer ads.
Sign Up
Top Bottom