In a bit of an interesting move, Apple has removed its Texas Hold'em game from the App Store, potentially marking the end of the only game Apple ever produced on its own for the App Store.

Texas Hold'em began life as a game for non-iOS iPod models, debuting in late 2006. As Apple introduced the iPhone just a few months later, rumors circulated that Apple was getting serious about gaming, in part evidenced by its in-house work on Texas Hold'em for the iPod. 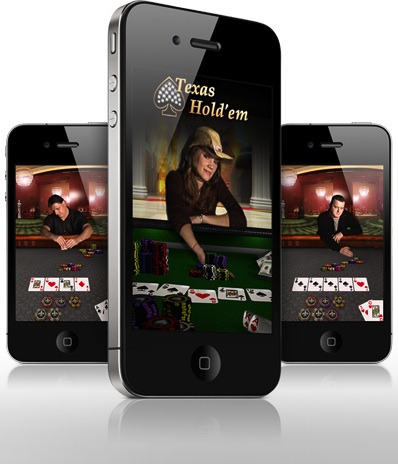 When Apple officially launched the App Store for the iPhone and iPod touch in 2008 to allow third-party developers to create apps for iOS, Texas Hold'em appeared as a debut title with greatly enhanced functionality over the traditional iPod version, further fueling claims of Apple's interest in pursuing game development of its own.

Apple's early interest in producing its own games for the iPod and later iOS appear to have stemmed from concerns over its ability to attract third-party developers to the platform, or at least to provide those developers with an example of what could be done on the devices. As large developers such as EA and Gameloft and a host of smaller developers all flocked to the platform, Apple undoubtedly quickly discovered that it did not need to support its devices with its own gaming content.

Unsurprisingly, Apple has not released any information on the reason behind the disappearance of Texas Hold'em, which sold for $4.99 and was last updated in September 2008. A dedicated page about the game remains active on Apple's site at this time, although it is not featured on or linked to from other App Store pages on the site.

Shame, i enjoyed this game as it was very well polished. Hopefully they've just pulled it temporarily.
Comment
T

EvanLugh said:
Shame, i enjoyed this game as it was very well polished. Hopefully they've just pulled it temporarily.
Click to expand...

Its the only game I really play. I'm sad... I always wanted an iPad version, where I had both views of the table at the same time.
Comment
P

The game looks dated like a CD-ROM game from 1996. I'm sure it didn't live up to Apple's standards anymore when compared to what else was available. Most of the reviews in the past year were bad anyways and complaining about how it hasn't been updated.
Comment

Makes sense. This doesn't seem like a business Apple would really be interested in other than the fact that they wanted to make iPods more appealing.

I think it's safe to say that the app store doesn't need any help on that end any more.
Comment
M

EvanLugh said:
Shame, i enjoyed this game as it was very well polished. Hopefully they've just pulled it temporarily.
Click to expand...

Wow. Played this heavily on the first iphone. Didn't play it past couple years bec there's really no update once you unlocked all of them. Was hoping they would someday but apparently they have no plans
Comment
D

shame... i also wanted an iPad version, still the best poker game, and it's still in my home screen.... always wanted a nice update... maybe that's what is coming? unfortunately I don't believe so...
Comment
M

This used to be a great game when it first came out. I used to play a bunch over Wifi with my friends. Now, there are way better games out but I've held onto this hoping they would update with GameCenter or something but I guess I'll delete now.
Comment

downloaded it for the ipod video, and when i got my first iphone. Pity to see it go.
Comment
N


I haven't used Texas Hold'em in years though. Guess cause I always sucked at poker though.
Comment

Still the only Texas Hold'em game I play. Hope they don't yank them from the devices for any reason since they have that ability and it is one of their programs.
Comment

Agreed, still one of the best and biggest poker game out there.
Comment

Apparently it was accessing private APIs, which is a no no for an iOS app.
Comment

Apparently Tim Cook is just as ruthless at trimming the fat as Steve Jobs.

Or..... maybe this spells the demise of Apple like so many "the sky is falling in Cupertino" stories we have read since Jobs passed away (and actually before at the slightest hint of an Apple misstep).
Comment
S

No wonder they stopped making games. With AppStore prices, it's hard to make any money. Apple is not the company to sweat for low margins.
Comment
P

Is Jennifer Tilley in it? She has enormous...um, assets.
Comment

OMG Apple rejected its own app. It's so horrible!
Comment
F

I still play this from time to time, I, like others in the thread, we're hoping for an updated to make it run on the iPad too. Thought it was quite good.
Comment

MacRumors said:
Unsurprisingly, Apple has not released any information on the reason behind the disappearance of Texas Hold'em, which sold for $4.99 and was last updated in September 2008. A dedicated page about the game remains active on Apple's site at this time, although it is not featured on or linked to from other App Store pages on the site
Click to expand...

Here are some reasons:
- Only three sw engineers worked on this game in 2008 (Alan Berfield and two other engineers).
- Apple does no longer see iDevices as gaming devices.
- Texas Hold'em was more or less a technology demo for other game developers. With > 85.000 games in the App Store, Texas Hold'em is superfluous.
- ...
Comment

Consultant said:
OMG Apple rejected its own app. It's so horrible!
Click to expand...

What is the world (or app store) coming to!?
Comment

Lol. I bought that game when it first came out then deleted it sometime in late 2009.