Analyst Ming-Chi Kuo of Concord Securities today reported to AppleInsider that Apple's manufacturing partners are scheduled to pump out nearly 400,000 units of revamped MacBook Air models this month as the company looks toward a refresh of the popular ultra-thin notebook.

Concord Securities analyst Ming-Chi Kuo exclusively told AppleInsider that the Mac maker has placed orders for the production of a total of 380,000 Sandy Bridge-based 11.6 and 13.3-inch MacBook Airs this month.

The analyst, whose industry checks have long provided accurate insight into the Cupertino-based company's future hardware plans, notes that roughly 55 percent (or 209,000) of those MacBook Airs will be of the 11.6-inch varieties, which have proven slightly more popular than the 13.3-inch offerings due to their more attractive entry-level price points.
Click to expand...

Rumors of a MacBook Air refresh in the near future have been circulating for some time, with rumors dating as far back as mid-February indicating that Apple was planning a June update for the line. Kuo weighed in in late April to say that Apple would begin production of the new models in May, while another claim from last month pegged the refresh for the June-July timeframe.

Apple's new MacBook Air models are expected to be powered by Intel's Sandy Bridge platform, a significant upgrade over the Core 2 Duo processors found in the current models.

Outcome:MacBook Airs did launch in July. We presume this report was correct.

Many people on the fence around here, hope they can wait-it-out!

Does anyone know what happened to the low wattage Sandy Bridge CPUs in the Air? Are they to be implemented after all?
M

What about the rumored IOS based Air with touch screen?

waiting, not so patiently.

Most definitely on every Mac from here on out.
I

Highly unlikely, but please have 3G connectivity built in!

3G and improved battery life are at the top of my priority list. Thunderbolt and a larger SSD are a close second.
O

They should make a 9inch macbook air with a removable screen which upon removed, BOOM! it's an ipad! sounds good for 1000$, right?

What rumour is that ? We heard an ARM based MBA rumour, but I haven't heard about the touch screen iOS MBA rumour, especially now that Steve Jobs himself during a keynote said "Touch screen computers just don't work".


orfeas0 said:
They should make a 9inch macbook air with a removable screen which upon removed, BOOM! it's an ipad! sounds good for 1000$, right?
Click to expand... 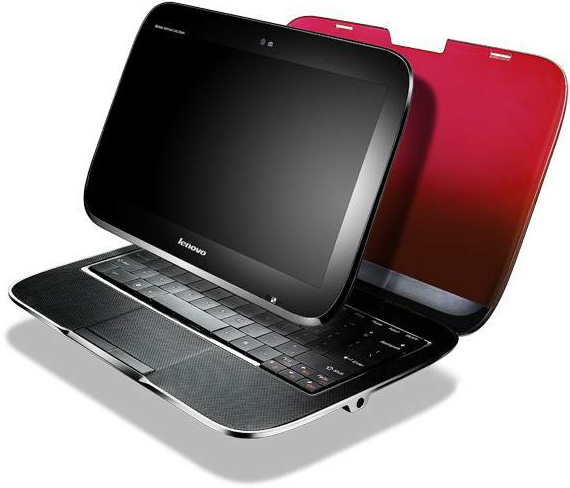 3G and improved battery life are at the top of my priority list. Thunderbolt and a larger SSD are a close second.
Click to expand...

3g AND improved battery = current battery life. unless you disable the 3g and have even more battery left.
F

I hope they keep the Airs as a glorified netbook/typewriter--meaning that I hope they have even a cheaper 11" option with modest specs that are sufficient for wordprocessing and light internet use.
M

So when would the new MBA come out? July?

If they are producing them now, when would they be released?

No. 11.6" is the minimum size for a notebook with a usable keyboard. I think they can't go much smaller and lighter than this.
B


Rad99004 said:
What about the rumored IOS based Air with touch screen?
Click to expand...

If you have watched the keynotes, Steve et al. have pointed out (pun intended) that it is not ergonomic to have an upright touch screen.
And with that beautiful trackpad, why bother?
I

Not really significant upgrade for me so still happy with my latest MBA. Waiting to replace MBP instead; next generation should be totally redesign and without super drive, which by the way was very "useful" for me.

My credit card just leapt out of my wallet like a salmon returning home to spawn.
M

This is reassuring news, especially for all those people making prediction threads every day on the subject.

orfeas0 said:
3g AND improved battery = current battery life. unless you disable the 3g and have even more battery left.
Click to expand...

the 3G would be disabled most of the time. Having it built in is just so much easier than having to plug a dongle into the side, or purchase a separate MiFi device.

I could Jailbreak my iPad and use that as a wireless hotspot, but I'd rather the simplicity of being able to turn the 3G on when it's needed.

I keep considering a MBA 13, but for the money, the MBP 13 offers considerably more... everything.

Then I wonder what happens to the MBA in the "major redesign" of the MBPs next year. You know they're going to try to thin them again. ...& at that point, what's an MBA?

orfeas0 said:
They should make a 9inch macbook air with a removable screen which upon removed, BOOM! it's an ipad! sounds good for 1000$, right?
Click to expand...

Why should an Apple-branded ZaggMate cost $501?
I

call the new airs the macbooks