Apple has shelved a "walkie-talkie" feature that would have allowed iPhone users to communicate with each other in areas without cellular coverage, such as while skiing or hiking, according to The Information. 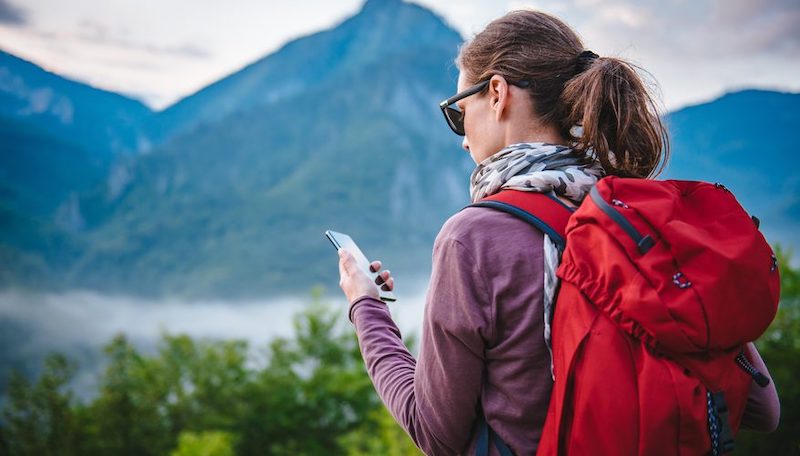 The report claims Apple was working with Intel on the project, which supposedly would have enabled iPhone users to send messages directly to other iPhone users over long-distance radio waves that bypass cellular networks, adding that the technology was designed to run over the 900 MHz radio spectrum.

This feature is not to be confused with the Apple Watch's Walkie-Talkie feature, which relies on Wi-Fi or a cellular connection.

The project is said to have been suspended in part because the Apple executive heading it, Rubén Caballero, left the company earlier this year. The technology also relied on Intel modems, according to the report, and Apple is expected to start using Qualcomm modems in iPhones again starting in 2020.

The technology could still show up in future iPhones, but development of the feature appears to be on hold for now.

It’s also reasonable to expect that the feature would be illegal in some (perhaps all) parts of the world (like Europe) where the use of such bands are heavily regulated and not for general use.
Reactions: ksec, ASentientBot and kyleh22

That's annoying. Lately it seems the innovation news coming out of Apple is the death of innovative projects. :/
Reactions: Orka, biziclop, Jcxa and 24 others
T

I mean.. the Apple Watch version alone is weird AF. Why would anyone want this.
Reactions: minivini, Hodar1, Ghost31 and 3 others
R

The technology also relied on Intel modems
Click to expand...

Bummer, that would be an awesome feature. I'm sure there's a lot of FCC spectrum and power regulations that hold something like this up too.
Reactions: MrJeffreyGee, foxDie00, thasan and 27 others

Interesting idea but I would wonder how useful it would've been anyways due to range limitations. Those rugged GMRS radios with their external antennas running on the 400Mhz band would probably be far more useful in the outdoors.
Reactions: Marekul, adib and The Barron
K

Totally would have used this on vacation. Some of the areas my family was in lacked cell service but communication at a short distance would have been super helpful (car pickup, delay in movement, moving of supplies, etc).
Reactions: MrJeffreyGee, pianophile, omglolbbq and 39 others

This would’ve been great. Hopefully they implement this feature in the near future.
Reactions: MrJeffreyGee, omglolbbq, GrumpyMom and 18 others

This is too bad. I could also see this being useful as a "just in case" feature, such as in natural disasters where cell networks are often offline.
Reactions: w7ay, omglolbbq, GrumpyMom and 25 others
R

This would've been great. I remember on our old Nextel phones we used to be able to Direct Connect even when we had no service, up to two or three miles if I recall. Only some phones supported it, so we always bought those ones. Forget what they branded that feature as.

Anyway, especially in America where cell coverage isn't available everywhere, I think this would be a great feature.
Reactions: omglolbbq, GrumpyMom, smileman and 11 others

Quirky feature, but I personally would have definitely gotten use out of it. Barring any detriment to the other functions of the phone, I would have loved to see this in my 2020 upgrade.
Reactions: GrumpyMom, shadowbird423, LiveM and 3 others

This isn't related to the Watch's version.
Reactions: GrumpyMom, shadowbird423, LiveM and 1 other person
S

There is an add-on hardware product called gotenna that allows you to text and share your GPS location in places without cellular or WiFi coverage--mainly for hikers, etc.

Never used it, not sure if it works well or not:

One guy leaves the company and Apple shelves the project. I knew that TC was cheap, but dang!
Reactions: Gutwrench, GrumpyMom, smileman and 6 others

kevinpdoyle said:
Totally would have used this on vacation. Some of the areas my family was in lacked cell service but communication at a short distance would have been super helpful (car pickup, delay in movement, moving of supplies, etc).
Click to expand...

You need to look into GMRS radios. Your situation is exactly what they are designed for.
B

The watch version was just a dedicated “record my message and text it to someone” function. The same exact functionality with the same number of steps could be done within the messaging app itself. Click and hold the microphone button, release, audio sent. Plus it was utterly pointless since the there was a noticeable lag time between being able to connect and allowing you to actually record a message to send. I used it once and never again.

This, however, would function as an actual walkie talkie as I understand it. The benefits in emergency response are pretty great. I read once that there was an app that would let its users communicate over bluetooth and if there were enough users in-between two locations, you could technically relay a message to far off locations without the use of internet or cellular. The app didn’t do so great because it relied on a lot of people downloading the app but a similar tech can be implemented here. Apple seems to already be doing something along those lines with their upcoming (rumored?) trackable tags, using crowdsourced location data to find things. Think of large concert or festival venues where cellular service is impacted, or being on a cruse ship and wanting to communicate with your kids on the other side of the ship. Imagine touring in a foreign country and not having to deal with paying for cellular service just to stay in touch with your travel companion when you lose sight of each other. The possibilities are pretty great.

izyreal said:
That's annoying. Lately it seems the innovation news coming out of Apple is the death of innovative projects. :/
Click to expand...

This one tho is more likely because of comms regulations and each country having different variations of them
Reactions: rjlawrencejr, ksec, SDJim and 1 other person
K

digitalexplr said:
You need to look into GMRS radios. Your situation is exactly what they are designed for.
Click to expand...

Yeah those would have been handy and I have used them in the past (then jungle driving vs recent beach vacation); this was more that we realized there was no cell service when we go there. Not worth a GMRS as it was all small things but if my phone came with the capability I would have used it.
Reactions: GrumpyMom, Courtesyflusher and motulist

Doesn't really seem all that interesting or useful to begin with...

It should be available only if the phone is unable to connect to WiFi or cellular.

That way people won’t use it unnecessarily. I’m no expert, but I assume if everyone started using it there may be problems. Which is why it should only be used if needed.

Great feature. I hope they release it.
A

klunernet said:
It’s also reasonable to expect that the feature would be illegal in some (perhaps all) parts of the world (like Europe) where the use of such bands are heavily regulated and not for general use.
Click to expand...

You are probably wrong. Apple was certainly using an ISM band, as happens with technologies like Wi-Fi and cordless phones. This is a very interesting project, a shame that is stopped according to reports.
Reactions: Reason077, w7ay, motulist and 2 others

This will definitely be back when Apple are ready to produce their own chips.
Reactions: vmistery and Sasparilla
A

izyreal said:
That's annoying. Lately it seems the innovation news coming out of Apple is the death of innovative projects. :/
Click to expand...