With its iPhone 6 announcement completed, Apple reportedly is preparing a second announcement event that will will launch new iPad models, claims AppleInsider, citing a trusted insider familiar with the company's pre-launch logistics. The report points to the second half of October for the event, but The Daily Dot has gone a step further and predicted an October 21 event based on its own sources.

A person familiar with the company's pre-launch logistics says Apple has set internal project and marketing deadlines of mid-October, ahead of the planned unveiling of major new products during the second half of the month. That would align with an anticipated media event previously rumored to be held at some point during October. The same source who spoke to AppleInsider has shared reliable information on product introduction and timing in the past.
Click to expand...

If true, the schedule would align with Apple's pattern for the last several years, which last year saw the company unveil its new iPad Air and iPad mini with Retina display in October with an availability date in early November. This year's event may introduce updated iPad models that include a faster A8 processor, anti-reflective display and a Touch ID fingerprint sensor, although one report suggests most of the upgrades will be limited to the larger iPad Air model. 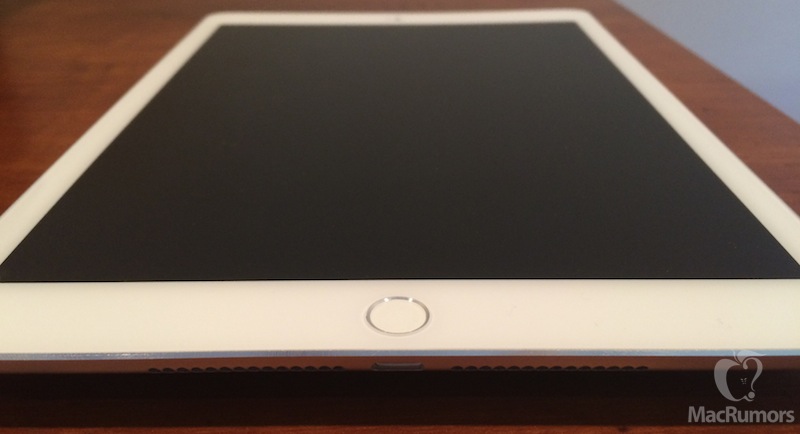 iPad Air 2 mockup​
Aside from new iPads, Apple is also expected to use the October event to finalize the details and availability date for OS X Yosemite, which was initially introduced at the company's Worldwide Developers Conference in June. According to The Daily Dot, Yosemite will be released immediately following the October event, similar to the release of OS X Mavericks just after the conclusion of last year's October event.

Other Apple devices in need of upgrades include the Mac mini, MacBook Air, iMac, and the Apple TV, but few details suggest updated these models will be updated before the end of 2014, particularly given Intel's delays with its next-generation Broadwell processors. One recent rumor has, however, claimed Apple may release a new ultra-high definition 27-inch monitor with 5120 x 2880 resolution in 2014, but details on this desktop accessory remain sparse.

Apple Inc. will unveil the next generation of iPad tablets around mid-October, a person with knowledge of the plans said, as the company bolsters its product lineup ahead of the holiday shopping season.
Click to expand...

The report reiterates earlier claims that new iPad and iPad mini are already in production or soon to be so, while a larger 12.9-inch iPad is scheduled to begin mass production early next year.

Update 12:41 PM: The Loop's Jim Dalrymple says Apple is not planning an October 21 event. He does not, however, address the possibility of new iPads in that general timeframe.

I hope we are in store for some more surprises.

Not yet please. I'm so broke with iPhone 6+ and now iPad Air 2 LTE will have me skipping meals for weeks!

Why must you break my bank APPL?

If the iPad Air 2 doesn't have more RAM then it's a pass for me. How much would a 5K Retina ACD cost? $5K? I'm sure it would be gorgeous though.

All with the same 1 GB RAM

Yelmurc said:
I hope we are in store for some more surprises.
Click to expand...

they will announce OS Vista.
M

I'd like to request the Mac Mini. Please and thank you.
V

Hopefully, we'll finally get a new Mac mini. Will some broadwell chips be ready be then?

While I won't be buying anything new, I look forward to the release of Yosemite and possible other software updates.
5

I shall be sticking with my iPad Air for the foreseeable future. TouchID on an iPad, whilst a logical update, seems totally useless to me and not worth the upgrade. I barely use the device as it is.

Apple should hold back iCloud Drive on iOS until Yosemite is released. There are going to be a lot of angry folks that upgrade and break the connection to Mavericks.
M

thedeejay said:
Not yet please. I'm so broke with iPhone 6+ and now iPad Air 2 LTE will have me skipping meals for weeks!

Why must you break my bank APPL?
Click to expand...

Patriot24 said:
Apple should hold back iCloud Drive on iOS until Yosemite is released. There are going to be a lot of angry folks that upgrade and break the connection to Mavericks.
Click to expand...

I agree, I was surprised that you could enable it even in the public beta of Yosemite.
A

WiiDSmoker said:
All with the same 1 GB RAM
Click to expand...

Don't forget about the iPod touches! They upgrade with every new iPhone digit so every 2 years.

I am really excited to see what they come up with all the iPod lines to revive them. They are a dieing business.

I predict them making the iPod touch only a 4.7" config. So to make the iPhone have more leverage and who wants a 5.5" workout mp3 player?!

Also look at the iPod section for IOS upgrades, its so sad and alone Unless they're releasing new desktop options, this is of no real interest to me. I bought the Air last year, and I can't fathom why I'd need an upgrade for a while. My guess is Apple won't see more of my money until Broadwell ships.

Will be sticking with my Ipad Air but I can't wait for Yoesmite. Would also love to see that 27" UHD display.

I also hope they get there act together when it comes to streaming. Don't want to miss this event.

Apple will announce the iPad Micro, a device with a 6.2 inch screen to fill out a gap in the product line between the Plus and the iPad mini.
You must log in or register to reply here.
Share:
Facebook Twitter Reddit Email Share Link
Register on MacRumors! This sidebar will go away, and you'll see fewer ads.
Sign Up
Top Bottom