Right on. I cannot tell you how overrated Shakespeare and Twain and Scorsese are. The greatest work of all time is The Last of Us. Second place is God of War. Third place is The Walking Dead comic.

Peace said:
When I was a kid we didn't have production crews lol
Click to expand...

I did! We used to borrow our Dad’s camcorder. Me and my friends tried to do a “spooky” film when we were 8 or so. It was called something stupid like Ghost Tree.

Okay, it was exactly called that, but still...

I had this twisted tree which never seemed to blossom in our garden that looked kinda creepy when it was night time, so we did a few shots of that. Though come to think of it, it was mainly shots of us climbing the tree. The plot wasn’t quite finalised and the cameo (Corey from next door) was rubbish. Boy didn’t even read his lines beforehand and just seemed to want to climb the tree.

Goddammit Corey, that wasn’t your job.

Anyhow, we finally got our 30 minutes of footage and plugged it into the TV with those red/white/yellow cables to admire our Citizen Kane. Turns out my cack-handed hack of a brother was recording when it was meant to be turned off, and vice versa. Whilst we got some lovely grainy footage of his feet and distant cries of “quick, record this bit!”, that was the end of our endeavour for film making.

Well, there was another time I did film making, but that involved a downtrodden motel and fluffy handcuf— yeah, that’s a story for another time.
Reactions: Weaselboy, Justanotherfanboy and martinX

sidewinder3000 said:
Zooming seems to work great for me. What would using all 3 lenses accomplish?
Click to expand...

Dunno, I thought they'd achieve greater detail by combining three shots. Google does this with a single lens on the Pixel phones, taking advantage of the user's unsteady hand to get shots from slightly different angles, and having multiple lenses would make that more predictable. The Pixel 4 is already known to have two front-facing cameras, so we'll see what they do.

The digital zooming works as well as 12MP will enable... it's good, but the iPhone 11 non-Pro is the same, as are many Android phones. (I know Android phones often tout "lotsa megapixels" but take noisy photos, but some, like the Pixel, have actually good cameras now.)
Last edited: Dec 2, 2019
Reactions: sidewinder3000

So the iPhone was mounted on the drone?

Looks great. Wrong time of year for snow, though 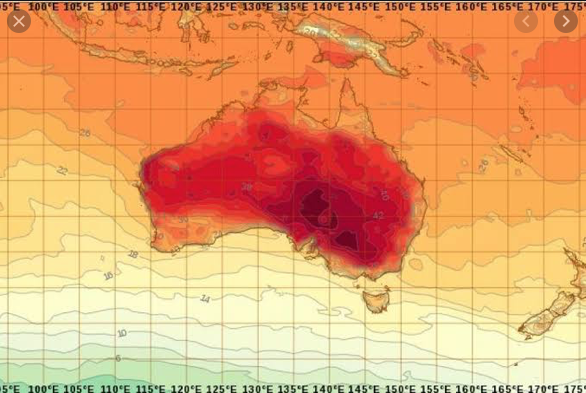 My goodness, that is damn fine quality!

It's hard to imagine how far in just 9 years the iPhone has evolved since the iPhone 4 or 10 years old from the very blurred photos and SD video of the iPhone 3GS.

Pretty incredible. Gotta say, the iPhone 11 Pro is a beautiful piece of design. Apple should be very proud.

The back of the Gimbal says Free Vision
Looks like it was able to balance without counter weights.
Should check around before leaping in, the newer gimbals from DJI and Snoopa are more portable.
Reactions: harriska2

It looks like mushy, high-compression garbage. Why wouldn't they upload a high-bitrate 4K version? Ridiculous.

The way the camera capture the sun-lighting through the trees was outstanding. Pretty amazing what smart a phone is capable of today. (More specifically, the iPhone.)

Agree. The quality of your camera gear is as equally important as the quality of the camera you use + good editing helps.
L

Nice.. but I guess it has less to do with the camera

Apple should include a macro camera like this one

Not sure what Apple is thinking, but I just don't see any professional photographer/director holding an iPhone Pro shooting the next tv series for HBO.
Reactions: TVreporter
C

MacBH928 said:
Not sure what Apple is thinking, but I just don't see any professional photographer/director holding an iPhone Pro shooting the next tv series for HBO.
Click to expand...

That wasn't the point nor was Apple thinking that.
Reactions: sinsin07
J

This is a great video, and the 11 and 11 Pro have incredible cameras. But I'm thinking this could've been shot with similar quality on the S10 or Note 10 (I'm choosing those because they're typically the top of Android when it comes to videos).
M

Of course a good filmmaker was behind this and a crew with gear/ gimbal, etc. But why shouldn’t Apple want to attract filmmakers with small production budgets, crew and gear?

Instead of buying/ renting „expensive“ cameras like the RED (yes I know there are more expensive) they could just use the iPhone Pro for certain projects.

Apple this afternoon shared a new video in its long running "Shot on iPhone" series, this time showing off the photographic capabilities of the iPhone 11 Pro.


"Make your holiday videos epic with the highest-quality video in a smartphone, ever," reads the tagline for the video, which was directed by David Leitch.

What editing software did they use?

i'm never pressing the record button again on my iphone 11 pro after watching this...i'll stick with drawing comics until Apple proves I suck at that too.
Reactions: fairuz and martinX
C

MBX said:
Of course a good filmmaker was behind this and a crew with gear/ gimbal, etc. But why shouldn’t Apple want to attract filmmakers with small production budgets, crew and gear?

Instead of buying/ renting „expensive“ cameras like the RED (yes I know there are more expensive) they could just use the iPhone Pro for certain projects.
Click to expand...

Or creative young people who might have a phone and want to explore filmmaking. Back when Spielberg/Scorsese/Coppola/De Palma/etc were young and in school it was an 8mm Kodak Brownie film camera. Today it's a phone

That was more exciting that any of the Apple TV+ shows!
W

fairuz said:
It's odd that iPhone 11 Pro doesn't actually use its 3 cameras together. They're just there so you can choose between different lenses. More importantly, digitally zooming into photos doesn't work that well. I thought it'd have a sensor capturing more than 12MP with lenses that big. So, overall pretty underwhelming for something so expensive and over-the-top looking.
Click to expand...

Not trying to "Jobs" you here but it sounds like you're not using it right. You can absolutely zoom between all 3 lenses while shooting video or taking photos using the scroll wheel. There is an annoying jump from the 0.5x lens to the 1.0x lens but it's usually not noticeable if you doing handheld shooting.

Also, there are apps that allow for video shooting on all lenses simultaneously. I don't think Apple has an app supporting this functionality but they obviously have an API for it because it was demonstrated and exists. This feature alone justifies the "pro" label because no other smartphone camera can do anything close with such good results as far as I know.

MBX said:
Of course a good filmmaker was behind this and a crew with gear/ gimbal, etc. But why shouldn’t Apple want to attract filmmakers with small production budgets, crew and gear?

Instead of buying/ renting „expensive“ cameras like the RED (yes I know there are more expensive) they could just use the iPhone Pro for certain projects.
Click to expand...

aevan said:
Amazing camera. When it comes to video, Apple is really ahead of the rest of the industry.
Click to expand...

With amazing Hollywood directors as seen hidden in the background multiple times!