Apple supplier Taiwan Semiconductor Manufacturing Company is in recovery from a "debilitating" computer virus that hit many of its fabrication tools this past Friday evening. The company says that 80 percent of the affected tools have been restored, but it's now on a path to warn its customers -- potentially including Apple -- of delayed shipments and reduced revenue due to the virus (via Bloomberg). 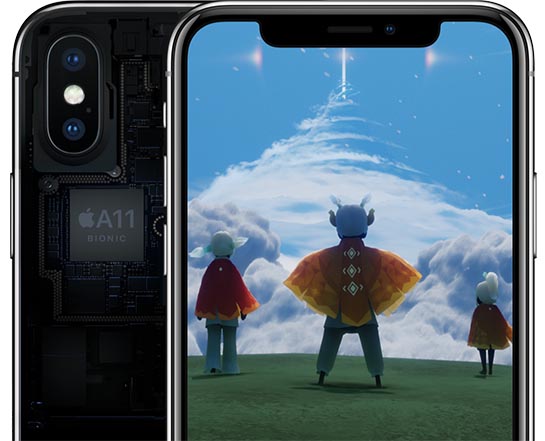 TSMC builds chips for Apple's iPhone, and in late July a report from DigiTimes stated that the supplier had begun commercial production of chips manufactured using its advanced 7-nanometer process, including Apple's A12 processor for the 2018 iPhones. Now TSMC says many of its customers can expect shipment delays, although it didn't specify which customers would be affected.

The supplier says that "no confidential information" was compromised during the virus attack and as of Sunday most of its customers had been notified. TSMC believes the virus came from a "misoperation" during the software installation process for a new tool that then spread through its computer network, and one analyst thinks "all of TSMC's 12-inch wafer fabrication plants" were infected.

Mark Li, an analyst at Sanford C. Bernstein, said he thinks all of TSMC's 12-inch wafer fabrication plants had been infected and that many customers had been affected, though the impact will be "very limited" because the company can make up for the losses during the busiest holiday quarter. TSMC makes Apple chips in its 12-inch fabrication plants.

"Long-term, TSMC's trustworthy image is somewhat tainted but it is hard to quantify the effect now," Li wrote in a research note Monday.
Click to expand...

Although it's unclear how the virus will end up affecting Apple and the trio of iPhones expected to be revealed next month, Apple is TSMC's largest customer and is said to account for more than 21 percent of TSMC's revenue. Apple chose TSMC to remain the exclusive supplier of the upcoming A12 processor for the new iPhones, following rumors from last year that suggested Samsung could be returning to iPhone chip production in 2018.

Despite the fear over chip shipment delays, Apple is likely to have plans in place for any potential supply chain delays, as Bloomberg points out:

While TSMC has not indicated which customers could be affected, such a virus could potentially slow Apple's output of new devices, cutting into the number of units sold.

Apple does prepare for last minute supply-chain hiccups like the one facing TSMC and could work through any potential problems. An Apple spokesperson didn't immediately respond to a request for comment on Sunday.

"If the most advanced 7nm process products suffer a major impact, then concern could arise over a potential launch delay for next-gen iPhones," SMBC Nikko analysts wrote on Monday.
Click to expand...

Apple is expected to announce three iPhone models at an event in September: two OLED models measuring in at 5.8 and 6.5 inches and a 6.1-inch lower-cost LCD model. All three iPhones released in 2018 will support Face ID and edge-to-edge displays, with designs similar to last year's tenth-anniversary iPhone X. According to the latest supply chain analysis (which came prior to TSMC's virus attack), the OLED iPhones were predicted to have a typical September launch window while the LCD model could "possibly" be delayed to October.

Update: TSMC provided more information in a statement Monday morning, placing blame for the virus attack on a variant of the 2017 WannaCry ransomware. The virus hit facilities in Tainan, Hsinchu and Taichung, including locations that produce Apple chips. According to TSMC CEO C.C. Wei, an "unidentified vendor" provided the company with the infected tool, ruling out the possibility of a hacker targeting TSMC.

"We are surprised and shocked," Wei told reporters. "We have installed tens of thousands of tools before, and this is the first time this happened."
Click to expand...

Update 2: Bloomberg updated its article, stating that TSMC "is expected to be able to fill orders on time for Apple Inc.," so there appears to be no delay in chip shipments for the 2018 iPhones.

Getting the excuses in early
Reactions: smithy12, AleRod, kupkakez and 3 others

zombierunner said:
Getting the excuses in early
Click to expand...

An “Excuse” Thats out of of Apples control? How so?
Reactions: Cameroncafe10a, LinusR, FelixDerKater and 10 others

Yikes... Let's hope they had some semblance of a business continuity plan in place for something like this. Who knows what the lead time on replacement equipment for this kind of stuff might be.
Reactions: tridley68
S

Wait and see what effects come from this. I read elsewhere TMSC has been making the A12 CPU for quite a while at this point - so Apple should already have a bunch of the CPU's on hand for the new iPhones.
Reactions: tridley68

Return Zero said:
Yikes... Let's hope they had some semblance of a business continuity plan in place for something like this. Who knows what the lead time on replacement equipment for this kind of stuff might be.
Click to expand...

They don't have to replace anything.
G

They should have used Windows. It has more and better antivirus programs

/whistles softly while stepping to mic

"This is a terrible thing. If there's anything we can do to help, please let us know."
-Samsung spokesman

Yikes. Surprising, but not surprising. Evidently TSMC uses PCs (not Macs) -- which is probably true in nearly all manufacturing.
Reactions: ZZ9pluralZalpha, unlogic, SMacDuff and 2 others
P

Yup something always happens every year to Apple suppliers just to delay the product. Nothing new here
Reactions: tridley68

This is one rumor that worries me , but I’m not TOO worried. I’m sure Apple has plans in place.

I hear ZTE has a custom A12 chip in its next phone.
Reactions: H3LL5P4WN

wickawicka said:
They don't have to replace anything.
Click to expand...

How do you know? I hope this isn't the case, but they may need to swap out PLCs, relays, etc. depending on how intrusive/destructive the virus was.
Reactions: DailySlow
M

BLUEDOG314 said:
I hear ZTE has a custom A12 chip in its next phone.
Click to expand...

The competition is crazy jealous with Apple they will do anything to slow them. SAD
Reactions: tridley68

Hope the new iPad has the A12 beast in it!

Not worried at all.
B

These SCADA networks need to be better protected. I've seen so many that are simply routeable subnets from the internal subnets.

Amacfa said:
The competition is crazy jealous with Apple they will do anything to slow them. SAD
Click to expand...

Article states it was from "misoperation" during software installation. How can you attribute this to a competitor doing something?
Last edited: Aug 6, 2018
M

usersince86 said:
Yikes. Surprising, but not surprising. Evidently TSMC uses PCs (not Macs) -- which is probably true in nearly all manufacturing.
Click to expand...

Almost all big companies use PCs. So they're all vulnerable? I have a newflash for you: All servers Apple are using are also PCs.
Reactions: groadyho and AleRod
B

Oh I can here it now - "how do I know if my A12 processor was made before or after the TSMC virus" or "my iPhone A12 was made before the virus and my girlfriends was after the virus and my girlfriends iPhone runs hotter and crashes frequently" and "my pre virus A12 iPhone gets better battery life than mom's iPhone who got hers after the virus".
Reactions: Garsun, metsjetsfan, ZZ9pluralZalpha and 4 others

Your iPhone is throttled by virus. Reapplying the anti-viral paste on the CPU will cool it down.
Reactions: Beelzbub

The iPhone notch is too wide, a top chin would look a lot better. What's next ... zig zags?

mdnz said:
Almost all big companies use PCs. So they're all vulnerable? I have a newflash for you: All servers Apple are using are also PCs.
Click to expand...

Probably neither Windows nor Apple nor Linux.

Manufacturing and Production automation relies totally on real time OSes. And these processes are networked together under SCADA networks ("Supervisory control and Data Acquisition".)