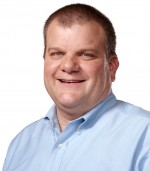 Apple Senior Vice President of Technologies Bob Mansfield has decided to sell off a set of stock for over $20 million, according to a regulatory filing. Mansfield sold off 35,000 shares of his Apple stock at a price of $582.21 per share.

The move comes nine months after Mansfield sold 30,000 shares of stock for a gain of $12.5 million in early February, with Apple shares netting an average of $452.28 at the time. Since then, Mansfield has retired, taken an advisory role, and then recently un-retired to take charge of a new "Technologies" group in an executive reshuffling that saw iOS chief Scott Forstall ousted.

Mansfield's stock sale does not mean that he is looking to exit his ownership in Apple, as he has regularly cashed in on stock options and is an active participant in Apple's stock option and grant award programs for senior executives. Mansfield still has 29,548 shares of Apple stock and stands to gain an additional 150,000 shares in two equal portions June 2013 and March 2016. He also holds a restricted stock grant that could earn him another 100,000 shares in 2014. All of those shares, which would net him $145.5 million at current stock prices, would only be awarded to him if he remained with Apple.

Mansfield and other executives may also be looking to unload stock as 2012 draws to a close due to a scheduled increase in capital gains taxes for 2013. By selling stock now rather than holding it into 2013, sellers can reduce their tax burden, although fluctuations in the company's stock price over time could more than compensate for the higher tax rate should Apple's stock continue to rise.

I was actually talking to Bob the other day about his recent ambivalence...

Honestly, I feel he deserves this. He helps make the biggest tech company in the world successful in no small way.
S

too much gambling.
R

Bob O gettin out while the gettins good.
B

It could be a very good time to buy stocks given this tax-related "panic" selling. And, by the way, it's probably not a good idea to sell for tax reasons unless you need the cash soon for spending.
N

Well...he is a SVP for Apple. He deserves it.

"A set of stock?" Sounds like a form of medieval punishment.

Selling to avoid a tax increase is basically making a bet that Apple stock isn't going to go up more than 5%, which seems like a bad bet to me, but everyone has the right to decide that for themselves. It's probably even less than that because you're only paying the capital gains tax on your profits, not on the entire value of the stock. Although in Mansfield's situation, it does make some sense, he'll make a gigantic profit that will set his family up for generations, and he still has stock left with a lot more incoming soon. Might as well assure your security and not get greedy with that setup.
D

What is this "stock" people talk about?
L

He probably didn't care to have a ticket in the recent powerball drawing.

LeoFio said:
He probably didn't care to have a ticket in the recent powerball drawing.
Click to expand...

What do you think the 20 million is for.

Good for him. He looks like the best guy to talk with at apple. Always happy
J

Where is all this money coming? Wait. It is us, the customers. We are paying ridiculous prices to get a bigger storage in our iOs devices

Bob knows that Apple will fall.


Rumple said:
Bob O gettin out while the gettins good.
Click to expand...

this is very foreshadowing right? we seen this ummm when before??? hmmm.... ya something is up in the economic landscape for sure. something to the beat of umm....... China taking over the world? not saying that is a good thing or anything cos I am part Chinese but mostly Vietnamese / French. still.

something to really open one's mind and explore a bit, do some thorough research into, some documentaries on line really point to a clear direction of what is going on in global business suggesting said nations ahemmm America being completely at the mercy of super power China? something like that i seen and read about quite a bit online.

not sure though? what do you think?

eye fone for real now. no more hand held things, get them wrapped around your eyes and eventually implanted into your mind, the real 'retina' technology, forget the unibody aluminum thing you type with, it is all gonna project out of your iris people... read all about it. it isn't scifi nope. it is gonna be real consumer latest/greatest in no time, they are already developing prototypes as i type.

happy future everyone, cheers???? *shrugs her shoulders in awkward fear*

I can't even imagine what the atmosphere at the top in Apple must be like these days. Has to be just awful. Pressure, pressure and more pressure. Should have stayed retired, Mr. Mansfield. When someone like Bob Mansfield thinks the stock is worth more now as cash, than as stock in the future.......

"Mansfield Cashes in Over $20 Million in Stock"

Little wonder why the dude always looks so happy!
P

Does Mansfield sold his stocks because he knows something that we don't know about? Of course, he does!

Just in time for Christmas I bet the family gets a million in gifts!!

RichardI said:
When someone like Bob Mansfield thinks the stock is worth more now as cash, than as stock in the future.......
Click to expand...

He's got more stock coming his way, and it's rather stupid to have all your money in one company. Call it diversification, call it risk management, whatever. When you're as rich as he is, your priorities change a bit. It's not about making more money at any cost, he's got plenty of that already. It's about ensuring your great-grandkids have security. It's about minimizing risk entirely. Sure, he could make more money staying invested in Apple, and I'm sure he knows this better than anyone posting here, but he's got more money than he could ever reasonably spend, anyway. Might as well diversify in very safe, stable investments, and live off the interest in the event a million-to-one disaster occurs.

The prices he sells at seems mostly untimed price wise. He is seeking liquidity and diversification based on the actions he has taken. He has plenty of future grants on which to sell at a higher price.
M

Rumple said:
Bob O gettin out while the gettins good.
Click to expand...

Exactly what I was thinking. He is either phasing him self out, prepping for retirement or we have seen the stock go as high as it can.
C