Apple is teaming up with investment bank Goldman Sachs for the launch of a new joint credit card that would be placed under the Apple Pay branding. The card could launch as soon as early 2019, according to The Wall Street Journal.

At the same time, Apple would end its partnership with Barclays, which offered customers an Apple rewards program and financing deals through a Barclaycard Apple Rewards Visa. For the new Goldman partnership, which will replace the Barclaycard, the bank is set to offer in-store loans to Apple customers buying iPhones and other Apple products. 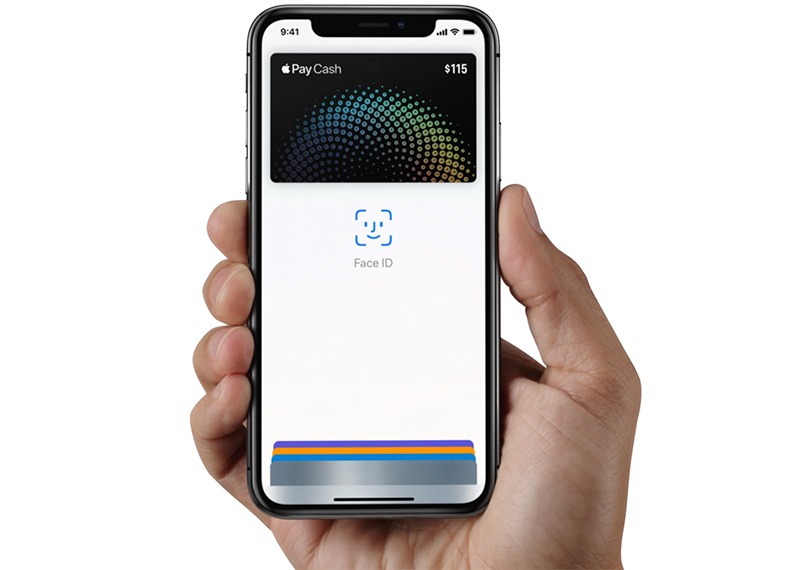 Other specifics of the deal are still being decided upon, people familiar with the matter said, mainly including the terms and benefits of the planned credit card, "including the perks for customers." The Barclays/Apple card currently offers interest-free financing on Apple devices and points toward Apple gift cards.

Apple Inc. and Goldman Sachs Group Inc. are preparing to launch a new joint credit card, a move that would deepen the technology giant's push into its customers' wallets and mark the Wall Street firm's first foray into plastic.

The planned card would carry the Apple Pay brand and could launch early next year, people familiar with the matter said.
Click to expand...

Apple is believed to be adding more focus onto its growing services business, which Apple Pay is part of, and the Goldman Sachs partnership could be a way for the company to spread even more awareness of the digital wallet. In a report on Apple Pay adoption by Loup Ventures earlier this year, 16 percent of global iPhone owners were said to have activated Apple Pay. The researchers estimated widespread adoption for the service at 3-5 years from now, "given integration OS and iOS makes it the easiest to use digital wallet."

Apple first debuted Apple Pay in the fall of 2014, and although many retailers joined in support of the platform it has faced push back from companies like Target and Walmart as each try to develop their own digital wallet service. Last spring, Apple said it wasn't worried about the slow adoption of Apple Pay because it saw the mobile wallet as on track to soon become its customers' "primary payment system."

I would most definitely be interested in getting one to replace my Barclays!
Reactions: DrewDaHilp1, bunnicula, prasand and 3 others
Comment

If it offers rewards points or discounts toward Apple products, I would be interested.
Reactions: NyCeEvO, Ifti, Teammm and 16 others
Comment

Would love for Apple to expand its services sector into an ISP provider servicing their own cable option, cellular, and home internet service (or Wi-Fi) with payment controller through Bank of Apple.

All wishful thinking and an off the cuff comment of course, as I’m not talking about the technical or governmental challenges; just wishful surface thinking

Maybe I'm not seeing it, but would this be a physical credit card or digital-only, similar to the cash card Apple establishes for you when you set up iMessage Apple Pay Cash?
Comment

Canadian's didn't even get Apple Pay Cash yet, when are we going to get some of this good stuff

Made me laugh because I just realized you’re right. Never carried a balance past the 0 intro periods offered so never realized. But Jesus Jones that’s a mess lol.
Reactions: dan110, nfl46, DEXTERITY and 4 others
Comment

Goldman sachs are still crooks though. I pass.
Reactions: ThomasJL, Dekema2, dan110 and 13 others
Comment

And AT&T celebrates no longer being viewed as the biggest devil with which Apple struck an exclusive deal.
Reactions: ThomasJL, dan110, zsbradt and 2 others
Comment
R

Huh? No. We have had Apple Pay for quite a while now - years I think. Apple Pay is great at drive-thru restaurants, and probably more than half of all merchants. It only works for transactions that are less than $100 CAD, but it's the same as the "tap to pay" - Canada was way ahead of the curve on "tap to pay" credit cards.
Reactions: acegreen and TomaxXamot
Comment

So those of us who stuck with the Barclays card to get Apple points are going to no longer get them. I don't like Barclays that much, but there's no way in hell I'll switch to Goldman Sachs.

I don't remember the last decision that Apple made that I liked. I still hate Microsoft more than Apple, but I swear it's getting to be a close call.
Reactions: stevekr, femike, robbyx and 1 other person
Comment
T

The other banks (which are supposed to be Apple partners) will just love this and roll over and the current success freight train that Apple Pay is will just keep on rolling.
Comment
R

timber said:
The other banks (which are supposed to be Apple partners) will just love this and roll over and the current success freight train that Apple Pay is will just keep on rolling.
Click to expand...

I live in Canada, I've been using Apple Pay for nearly a year. However, it does really suck in that you can't use it for purchases more than $100. Does come in handy for drive thru fast food, etc.
Reactions: acegreen
Comment
I

I think it still makes more sense in most cases to just use a card like the Citi Double Cash card to get a total of 2% cash back that you can spend on anything. I could see using a specialized card for a higher percentage back on groceries and gas and maybe restaurants, but even then it's only just a little better. Just my 2¢.
Reactions: timeconsumer and TimSHB
Comment

sp3k0psv3t said:
Made me laugh because I just realized you’re right. Never carried a balance past the 0 intro periods offered so never realized. But Jesus Jones that’s a mess lol.
Click to expand...

That would completely block them from offering it in (parts of) Europe. We have laws against insane APR’s like that.
Comment

sp3k0psv3t said:
Made me laugh because I just realized you’re right. Never carried a balance past the 0 intro periods offered so never realized. But Jesus Jones that’s a mess lol.
Click to expand...

Paleworm said:
If it offers rewards points or discounts toward Apple products, I would be interested.
Click to expand...

And if they can match the Citi Double Cash (2% cash back) reward, it would be killer.
Reactions: August West, timeconsumer, ZZ9pluralZalpha and 3 others
Comment
G

25% off list prices of Apple products and free battery replacements for the life of the product when purchased with the card! Also, a special VIP access to Genius Bar services including guaranteed same-day appointments.

It seems i need to improve my irony posts.
Comment
J

As if these companies didn't already have enough tentacles in people's lives. Just say no. Pay cash.
Reactions: KGB7
Comment

How about a 10% cashback
Reactions: rafark, KGB7 and TimSHB
Comment