Apple to 'Add More Stores' Around the World, Says SVP of Retail

Apple is planning to expand its global retail presence by opening more physical stores (via Bloomberg). 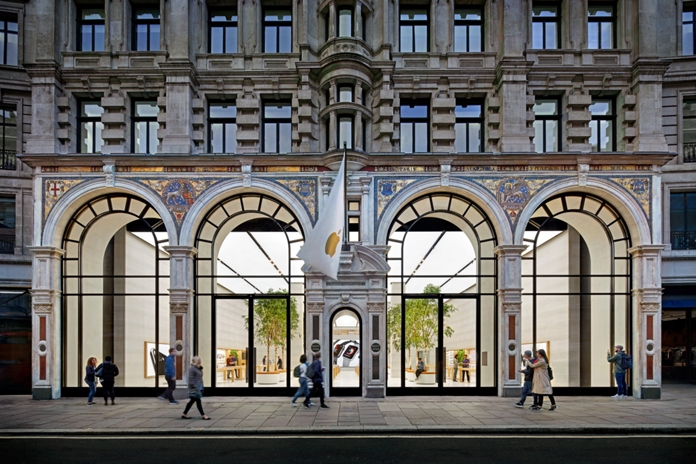 Despite inner cities struggling with an accelerating shift to online sales, Apple is planning to open more retail stores. The company currently operates 511 Apple stores globally, of which over 100 are in Europe.

On our online site people can learn a lot about the products; in a store they can touch them and get a feel for them. We intend to add more stores.
Click to expand...

While it is not yet clear if the expansion is set to be concentrated on a particular region, O'Brien's comments to the German publisher may suggest that Europe will be a focal point.

Apple's newest store is Apple Via del Corso in Rome, which opened just last week, and the company is also in the process of building its second store in Berlin.

Moreover, O'Brien remarked that Apple will "undoubtedly" add to its international design infrastructure, as seen with the company's plan to build a one-billion Euro chip design center in Munich within the next three years.

I hope Apple is going to open more Apple Stores in Belgium!
Reactions: DinkThifferent, DelayedGratificationGene, hamburg040 and 1 other person
N

Open one in Israel already.
Reactions: calstanford, Shirasaki, iAFC and 6 others

NZ please. [And no, we're not just part of Australia... ]
Reactions: Shirasaki, DelayedGratificationGene, RJ_Online93 and 4 others
S

I’ve never been to one of the landmark stores. Only the ones in strip malls with a piece of aluminum bolted on the front.
Reactions: Deliro and hamburg040
B

There was a clear message that Apple is said to open first Apple store in Warsaw: First store in poland the source claims Apple has already chosen a location and hired people. I sent to macrumors editors but they didn’t looked at it
Reactions: c5z, GlassFingers, Sebosz and 3 others
S

Baby12 said:
There was a clear message that Apple is said to open first Apple store in Warsaw: First store in poland the source claims Apple has already chosen a location and hired people. I sent to macrumors editors but they didn’t looked at it
Click to expand...

Yes, Poland and Romania i think they dont have yet Apple strore
Reactions: c5z, GlassFingers, Sebosz and 2 others

Need one in the Melbourne CBD. Don’t like going to Chadstone.
Reactions: PBJ, Shirasaki, furou and 4 others
T

At this point I have given up on the possibility of having a single Apple Store.

It's not only nice, part of having Apple stuff is (I can only guess...) having great support and without a physical place it just isn't the same.
Reactions: Sandstorm

I quite like the shopping with specialist reservation, it means that the store is less crowded and you don't have to wait for someone to see you. But they should not make face masks mandatory if not required by law. If they do, I won't bother going to their stores.
Reactions: DanTSX, CK1Czar, Shirasaki and 10 others

They really need to open more stores... there are hundreds of third party stores selling iPhones in my city, and they have close to 50% sales marketshare for phones, but the nearest store is a two hour flight away and I have to wait weeks for simple repairs that take minutes if I fly to the store.
Reactions: Moi Ici, Sandstorm, hamburg040 and 1 other person

Wasn’t there an article about a second one opening in Berlin a few months ago? Never to be heard of again
Reactions: hamburg040

In a virtual world, that’s good news; and I only trust Apple Store for trade in and repairing in brazil…
Reactions: Moi Ici and hamburg040

contacos said:
Wasn’t there an article about a second one opening in Berlin a few months ago? Never to be heard of again
Click to expand...

It can take years to get local government approval for flagship stores, and sometimes their plans are rejected and abandoned.
Reactions: JordanKowi
G

Melbourne CBD and one in New Zealand. Please and thank you.
Reactions: Shirasaki, RJ_Online93, henry72 and 1 other person

Yes!!!! Melbourne CBD ASAP! Chadstone & Highpoint are so annoying to get to and just tacky.

abhibeckert said:
It can take years to get local government approval for flagship stores, and sometimes their plans are rejected and abandoned.
Click to expand...

That's what happened in Melbourne, Australia. According to rumours they originally wanted an heritage listed building on Collins Street but they wanted to change it too much (maybe making it more white by painting it I'm just guessing). Then they wanted federation square but that's a free public space and there was a big public uproar about a big business in a traditionally public space. Not everyone cared but the annoying people won. Now there is no talk about any store and it's so annoying. The closest store from Melbourne CBD is an hour train ride long. ?
Reactions: Maoltuile

One in Antwerp to start with
The one in Brussels is just so annoying to visit by car...

THIS!! One day our dream will come true lol
Reactions: RJ_Online93
A

It’s pretty ridiculous that there’s no stores in Dublin, Prague, Copenhagen, Warsaw, Budapest, Moscow, or NZ. Clearly I’m not in charge of a $2T company ?
Last edited: May 31, 2021
Reactions: docziandras, Doodah7, GlassFingers and 8 others

JordanKowi said:
Yes!!!! Melbourne CBD ASAP! Chadstone & Highpoint are so annoying to get to and just tacky.
Click to expand...

Been to Westfield Southland. I loved it there. And there’s a train station right outside. Used to live nearby.

GMLP said:
Well as you would have it the people running Melbourne didn’t approve of Apple’s plan to build a store in Fed Square back in 2017. They added that to Heritage list now, and Apple couldn’t be arsed to run through extra hoops, so back to the suburbs with us all. Frankly the Apple Online Store has served me fine over the years.
Click to expand...

I was actually disappointed it wasn’t built. As for Southland, I don’t mind going to that store but it’s does need to be made bigger.
Last edited by a moderator: May 31, 2021
Reactions: Sandstorm and Moi Ici
T

contacos said:
Wasn’t there an article about a second one opening in Berlin a few months ago? Never to be heard of again
Click to expand... 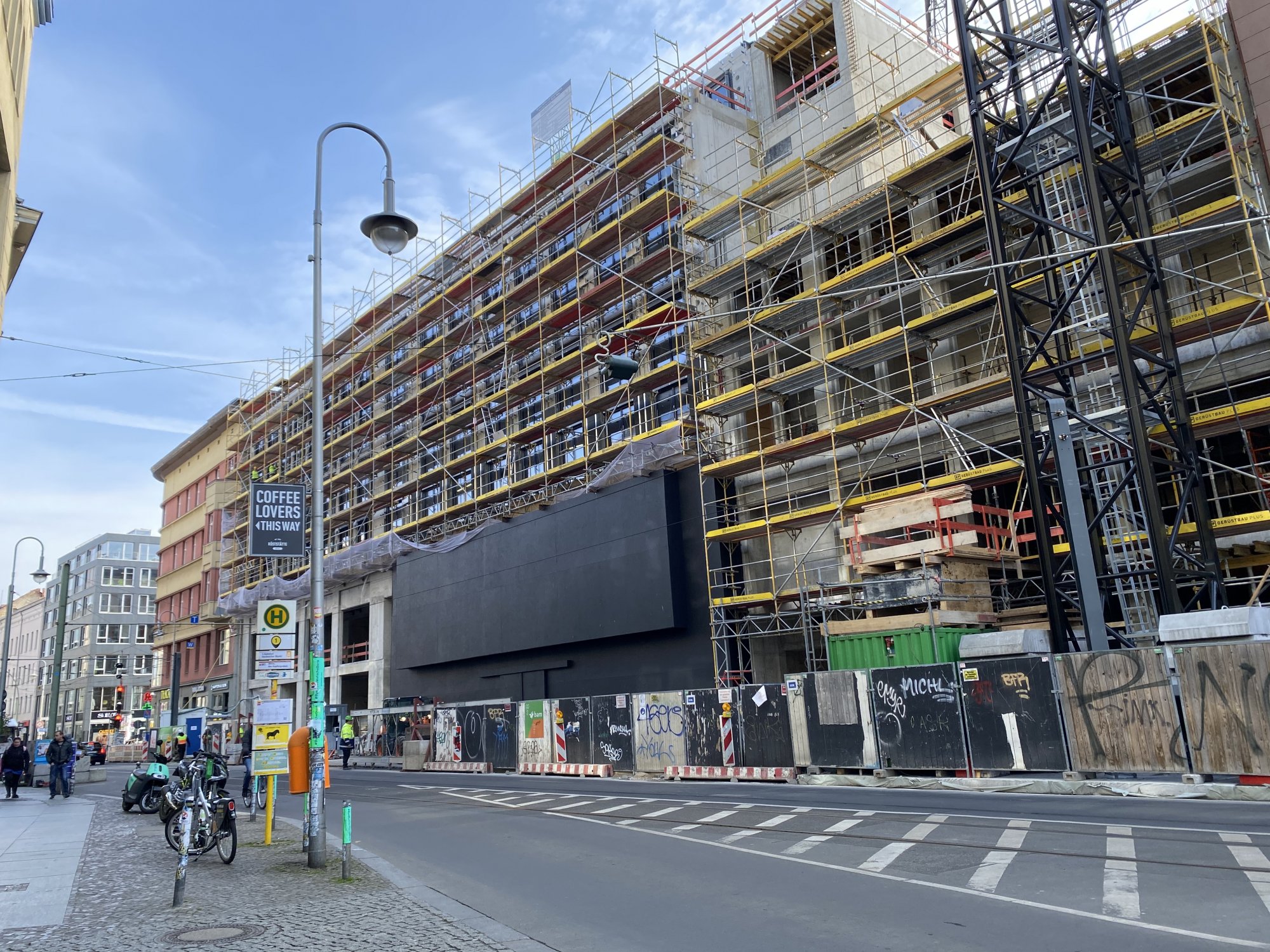