Apple will begin reopening its retail stores in the United States next week, reports CNBC, starting with locations in Idaho, South Carolina, Alabama, and Alaska. 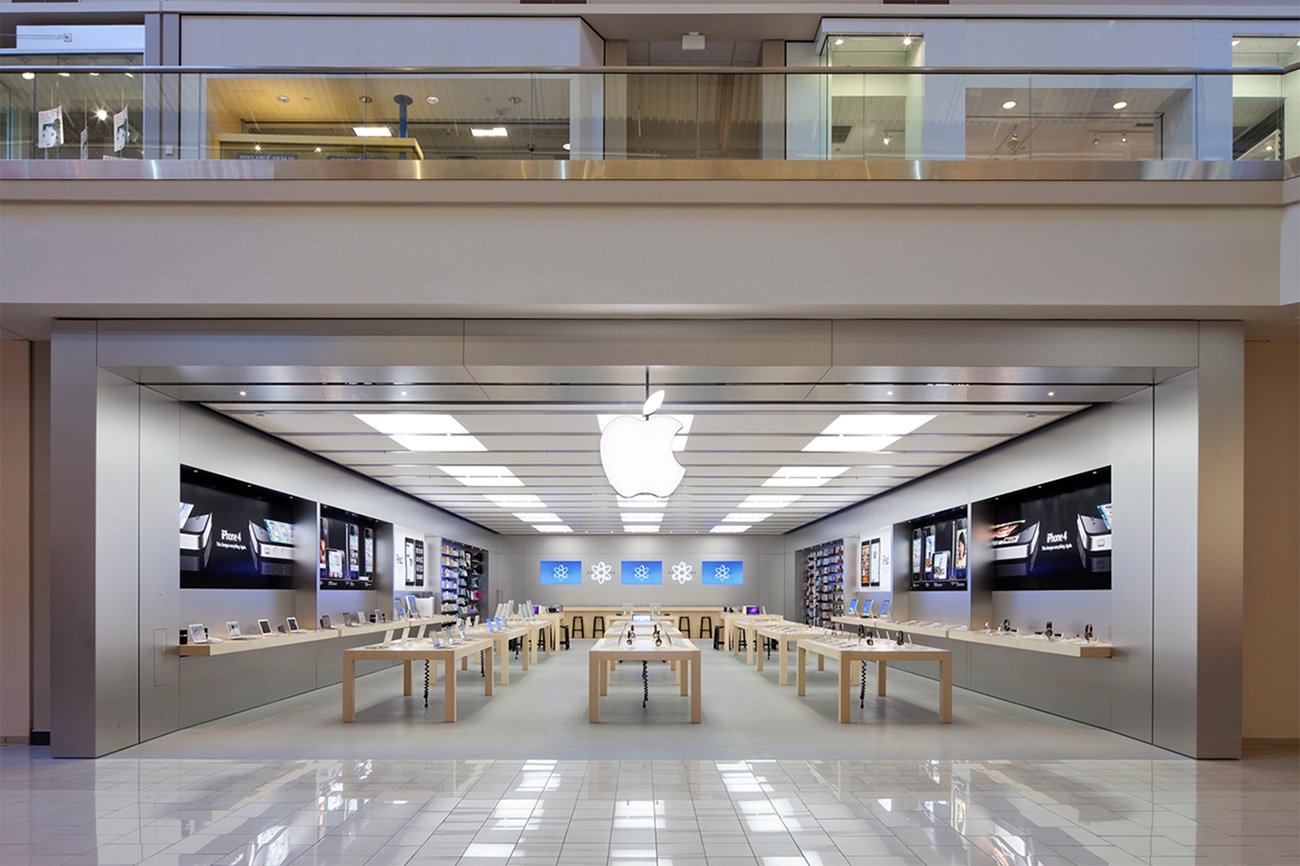 Apple plans to limit the number of customers in the store at a time, and temperature checks will be performed at the door. Apple also has a number of other measures in place to keep customers and employees safe, as we outlined this morning.

"We're excited to begin reopening stores in the US next week, starting with some stores in Idaho, South Carolina, Alabama and Alaska. Our team is constantly monitoring local heath data and government guidance, and as soon as we can safely open our stores, we will."

"Our new social distance protocol allows for a limited number of visitors in the store at one time so there may be a delay for walk-in customers. We recommend, where possible, customers buy online for contactless delivery or in-store pick up."
Click to expand...

Reopened Apple Stores will operate on reduced hours and will primarily focus on repairs, with Apple encouraging customers to purchase online where possible.

Most stores are not listing hours at this time with the exception of Apple Boise Towne Square, which reopens Monday at 11:00 a.m.

During last week's earnings call, Apple CEO Tim Cook said that Apple planned to start reopening some stores in the United States in May. Store reopenings are done on a city by city, county by county basis, with Apple taking into account local data and guidelines.

Apple has already reopened stores in South Korea, Austria, and Australia, with plans to also reopen stores in Germany next week.

Why? What’s the rush?

Too soon indeed.
Reactions: FHoff, jbachandouris, russell_314 and 24 others
Comment

It's just a flu right?
Reactions: TheRealDGD, TakeshimaIslands, Romeo_Nightfall and 11 others
Comment

Stay safe everyone. Also, temp checks don't do much. A lot of people are asymptomatic. And no, this isn't a flu, 19 doesn't mean it's the 19th version of corona, and it's certainly not a hoax.
Reactions: Chazz08, ActionJacksonHern, GeoStructural and 16 others
Comment
N

Good thing this pandemic is behind us..
Oh wait. 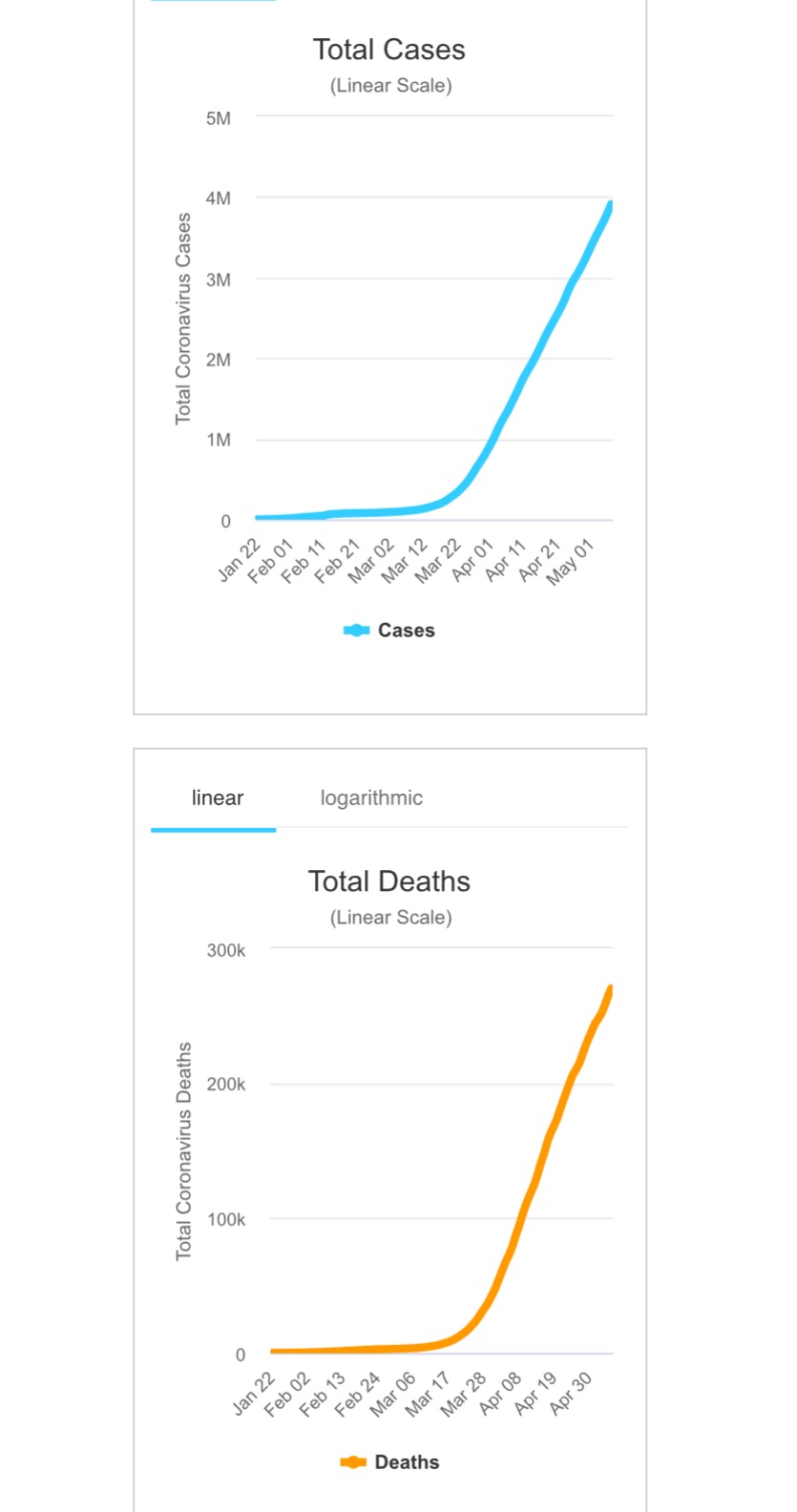 Customers will be required to wear masks. If not they will not be allowed to enter the store. Just FYI.
Reactions: Chazz08, ISprainedMyUvula, TakeshimaIslands and 17 others
Comment

ghostface147 said:
Stay safe everyone. Also, temp checks don't do much. A lot of people are asymptomatic. And no, this isn't a flu, 19 doesn't mean it's the 19th version of corona, and it's certainly not a hoax.
Click to expand...

They identify the people who are symptomatic.
Reactions: Ted13, V_Man and DelayedGratificationGene
Comment
K

now i see it said:
Good thing this pandemic is behind us..
Oh wait.

Perfect example of distorting data with charts. One, deaths and cases can never go down. What you need to plot is new deaths and new cases.

Second, diseases spread exponentially. Therefore, the Y-axis needs to be a logarithmic scale. In fact, the images show you specifically chose the wrong scale, since a log scale is available.

The combination of those two presentation mistakes serves to visually minimize any trends. If you properly present the data, it would be obvious that COVID is indeed slowing down.
Reactions: FHoff, noguchif, mrluis03 and 44 others
Comment

kahwatter said:
Customers will be required to wear masks. If not they will not be allowed to enter the store. Just FYI.
Click to expand...

Apple stores in Australia have opened and they were distributing masks to customers who did not bring one. Apple employees will be wearing them as well. So they’d probably let you in you’d just have to put the mask they provide you on.
Reactions: jbachandouris, Ted13, tbayrgs and 4 others
Comment
N

Too soon. I'm in Western North Carolina, and in my small county we have just had our first reported cases this past week. South Carolina is not even an hour from here.
Reactions: jbachandouris, David G., autrefois and 7 others
Comment

"For everyone’s safety, we’re following social distancing measures, so you may have to wait in line before entering. Please also wear a face covering while you are in the store. If you need one, just ask."
Reactions: jbachandouris, CarlJ, NickName99 and 1 other person
Comment
C

now i see it said:
Wrong
Click to expand...

cvam1985 said:
yep. I guarantee CBS paid to park them there.
Click to expand...

Of course you can back your assertion with proof. Let's see it.
Reactions: orbital~debris, whoknows2597 and decypher44
Comment
K

imnotthewalrus said:
Too soon. I'm in Western North Carolina, and in my small county we have just had our first reported cases this past week. South Carolina is not even an hour from here.
Click to expand...

What difference does that make? The South Pole has had zero cases and will likely never have a single case. Why does that fact indicate trends towards the rest of the world.

There's huge malaria transmission in sub-Saharan Africa, but none in the US for 60+ years. Does that mean we're due for malaria here?
Reactions: jbachandouris, Breaking Good, Chazz08 and 5 others
Comment
C

citysnaps said:
Of course you can back your assertion with proof. Let's see it.
Click to expand...

Prove to me they didn’t

cvam1985 said:
signed in for the first time in a long time to agree with you. Fauci’s plandemic is just about over , we can only hope.

hey if you wanna be a scaredy cat and think wearing a blankie on your nose is gonna keep you safe, be my guest. But I won’t be stepping foot in any store that requires me to do so!
Click to expand...

Lets see if he gets a patent for this vaccine like he did for the HIV treatment drugs.
Reactions: Huck
Comment

Having worked at the Fruit Stand there isn’t a can you come in there is a you have to come in or get fired we have 10,000 applicants waiting to fill your spot..... its cut throat....
Reactions: jbachandouris
Comment
C

You claimed CBS put them there, with a guarantee, no less: "I guarantee CBS paid to park them there."

Time to step up and honor your guarantee. Certainly you have even a tiny shred of evidence.
Reactions: TakeshimaIslands, orbital~debris, CarpalMac and 12 others
Comment
K

I’m happy but as a Jew and science student I’m sad Apple and Google let these insane anti Semites and conspiracy theorists like David Icke and his friends go on the YouTube and the Apple podcasts and spread these horrific ideas that the virus is not real So many people complained but still the videos and the podcasts are there. So many people are believing these misinformation and lies and they are going around spreading the virus and causing illness and death. So in this regard Apple and Google have killed people by allowing their platforms to become a weapon for disinformation.

Now what happens if these people who believe the virus is not real go into all the different shops without clean hands or they don’t wear a mask in public? How many more people have to suffer?
Reactions: jbachandouris, Jared Strike and TakeshimaIslands
Comment

now i see it said:
Good thing this pandemic is behind us..
Oh wait.

Anyone who dies who has covid like symptoms can be included in the death count...Weakness is a symptom of covid. IDK anyone who dies without weakness. Hospitals get extra money for listing covid as cause of intake...they have a financial incentive to pump the numbers. I'm not sayings it's not a real thing to be concerned about, I'm just saying the numbers presented here are likely inflated.
Last edited: May 8, 2020
Reactions: unplugme71, jbachandouris, russell_314 and 17 others
Comment
You must log in or register to reply here.
Share:
Facebook Twitter Reddit Email Share Link
Register on MacRumors! This sidebar will go away, and you'll see fewer ads.
Sign Up
Top Bottom