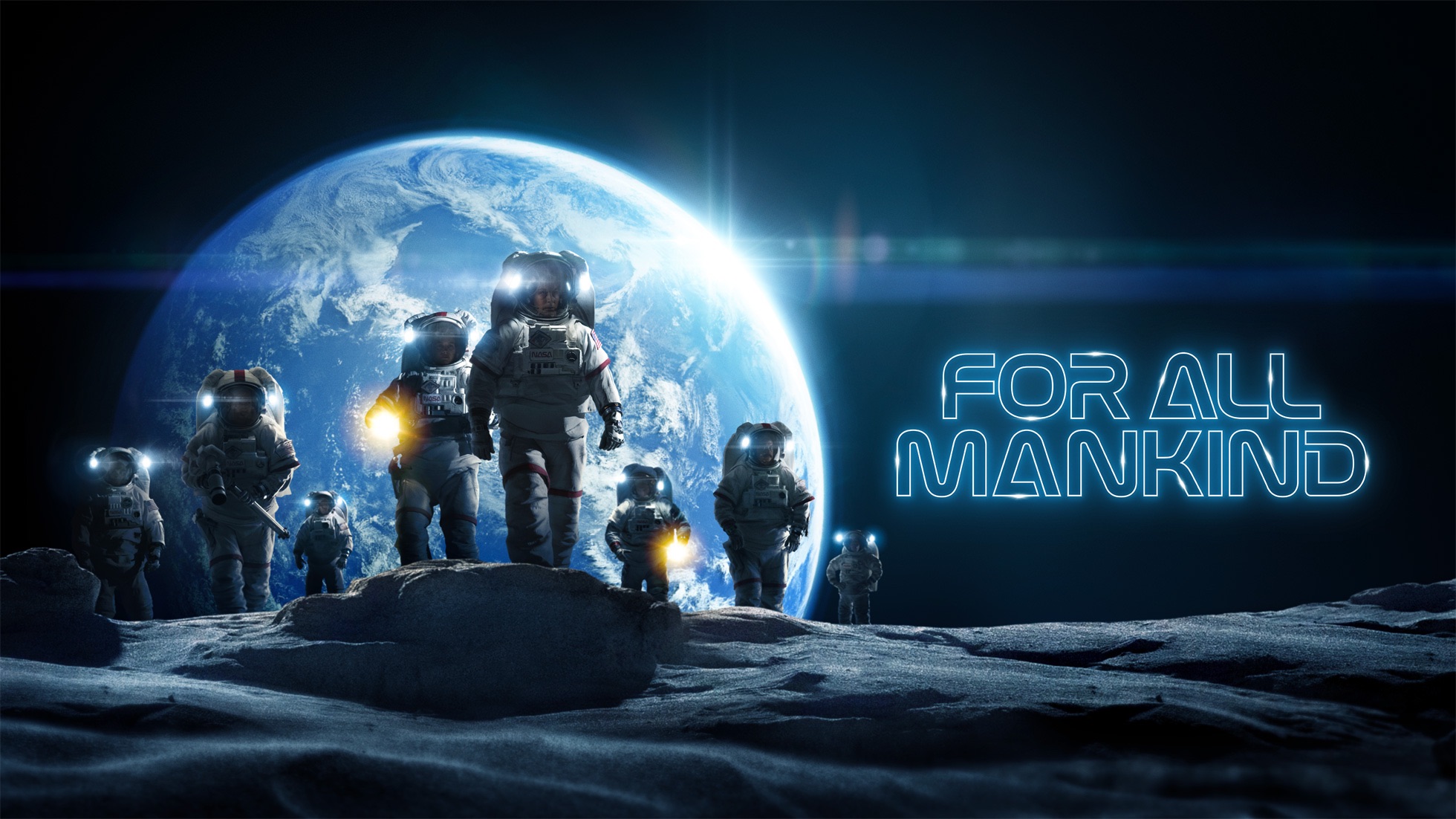 "For All Mankind" won in the Outstanding Innovation in Interactive Programming category for the augmented reality app that Apple released alongside the show. "For All Mankind: Time Capsule" let viewers uncover memories from "For All Mankind" astronauts Gordo and Tracy Stevens to bridge the decade gap between season one and season two.

"The excellent work in For All Mankind showcases the power of an interactive and immersive story to provide a unique, one-of-a-kind experience for the audience," said Interactive Media Governor Lori Schwartz. "This creative team embraced new technology that will inspire better and even higher-quality use of AR storytelling in the future," added Governor Chris Thomes.
Click to expand...

Apple TV+ Series "Calls" won the award for Outstanding Motion Design for its unique narrative. "Calls," for those unfamiliar, focuses on a series of phone calls without a standard visual component. It uses motion graphics to accentuate the content of phone calls surrounding a supernatural event.

"The work of this motion design team was innovative and original and truly carried the narrative like nothing we had ever seen," said Greg Kupiec, motion and title design governor. "This Emmy-winning work encourages others to continue raising the standard of motion design and to bring awareness of the art and significance of motion design in creating television excellence," added Governor Lauraine Gibbons.
Click to expand...

The awards will be presented at the 2021 Creative Arts Emmy Awards, set to take place at L.A. Live on the weekend of September 11 and September 12. Juried awards like these are decided on by a panel of professionals in the appropriate peer groups.

Calls was stunning. Deserved it.

Well deserved. It was a great series. Hoping and wishing for Part II
Reactions: svish, ObsDax and FightTheFuture

For crying out loud… please stop this torrent of TV related information.
Reactions: SFjohn, Jxdawg, miq and 10 others

Would you prefer a torrent of idiotic iPhone 17 rumors? Or about the VR headset that Apple may release sometime between 2025 and 2040? At least this TV news is something that actually happened.
Reactions: willchris, Table Top Joe, rezwits and 13 others
M

Scroll past any and all AppleTV+ stories.

And for crying out loud... don't comment on them!

Calls is great...especially if you're stoned. It's like an aural Twilight Zone but with trippy visuals that are so engrossing and relate perfectly to each narrative.
Reactions: Table Top Joe, rezwits, Think|Different and 7 others
W

And yet all I want are more announcements like these. Hardware stories are mostly worthless rumors that either come true or don't but either way, you have to wait for the official Apple PR and hardware to be released before it matters to any user. That's not news.

Meanwhile, we get real news about upcoming shows (not rumored shows) and a lot of TV content that we can watch right now too.
Reactions: willchris, Think|Different, Duane Martin and 3 others

This show is so good!!!!!!!
Reactions: Amazing Iceman, ObsDax and xnu

Anyone have problems with Apple TV on the Mac? Mine always quits before the show is over. It is just is a terrible user experience on the Mac, I like it better on the my iPad.... I was hoping it was just me.

I thought it was just me. Makes me feel better to see someone else with this opinion. I kept hearing that Season 2 finale was one of the best episodes of TV of 2021, but getting to that far in the season felt like a chore. I don't know if I'll even keep watching once Season 3 is released. The finales were good, but not "let's spend 9-10 hours to get there" good.
Reactions: xnu and FasterQuieter
2

FaM is a slow burn series. It takes a while before things get exciting.
Reactions: centauratlas
J

2010mini said:
FaM is a slow burn series. It takes a while before things get exciting.
Click to expand...

Series like this are not even worth time. If your show is not blowing my mind in 2 episodes you are done. My list of shows I want to watch is about 250 shows long. If I have to wade through boring before it picks up I just don’t bother. There is too much great stuff being made to put up with self indulgence. The broadcast TV people do such a better job of tightening up their movies. Every streaming service could lose a few episodes and a few minutes from their episodes. Nearly every Netflix movie needs 30 min trimmed.
Reactions: oreganoinferno, noraa, diandi and 1 other person

I definitely recommend ‘Calls’. The first episode is a bit weird, but stick with it and then it all makes sense
Reactions: rezwits and FightTheFuture
B

I've loved every episode of For All Mankind. But I guess I enjoy character development. Can't wait for next season.
Reactions: oreganoinferno, Grey Area, Duane Martin and 10 others

Popple said:
Would you prefer a torrent of idiotic iPhone 17 rumors? Or about the VR headset that Apple may release sometime between 2025 and 2040? At least this TV news is something that actually happened.
Click to expand...

I would prefer reading about Mac and other Apple hardware and software news, yes. After all, this is MACrumors.

FYI, it wasn't Apple that won an Emmy, but the talented people making and producing the movie. Same thing with music, Apple has nothing to do with it, except being a puny distributor.

When you see "Walmart" slapped onto an album or movie cover, it is not a token of quality. Same for Apple, and I would actually never buy music or movies that are tagged with "Apple".
Reactions: cardfan, Duane Martin, Jxdawg and 2 others

I’ve not watched For All Mankind, but Calls was awesome ?

I like the show. It's a good show. Starting to get kinda weird, but more exciting.

I think the slowness of the first season and a half was to ground it in reality. Help develop characters, etc. It's not a show about non-stop action, it's more of a pseudo-sci-fi drama. At least it's different and good, and I think it will only keep getting better.
Reactions: centauratlas

I absolutely loved Calls!
Haven’t seen anything like it before and enjoyed every minute of it.

Since Covid, I feel like I could submit a home video of my kids playing t-ball and win something. There is NOTHING out there in terms of good video entertainment. I watched "PIG" with Nick Cage recently, and based on a Covid standard, it wasn't terrible. Cried like a child at the end.
Reactions: Huck and noraa

BGPL said:
Since Covid, I feel like I could submit a home video of my kids playing t-ball and win something. There is NOTHING out there in terms of good video entertainment. I watched "PIG" with Nick Cage recently, and based on a Covid standard, it wasn't terrible. Cried like a child at the end.
Click to expand...

However, the general public eats up either reality tv trash or lame comedies like Ted so shows like Better Call Saul don't get the awards they deserve.

It has to build up the story.
Try to enjoy it completely, including the soundtracks.