A few people have wondered why Apple doesn't just map fluoroelastomer Sport Band sizes to Solo Loop sizes. I can see why Apple doesn't do that — they can't assume everyone already has access to an Apple Watch with a Sport Band, and even for people who do have access to one, Apple can't assume it's the right size watch (38/40mm vs. 42/44mm). And to further complicate matters, each Sport Band comes with two sizes for the side with the holes: "S/M" and "M/L." So that's four separate mappings from Sport Band holes to the new Solo Loop sizes.
Click to expand... 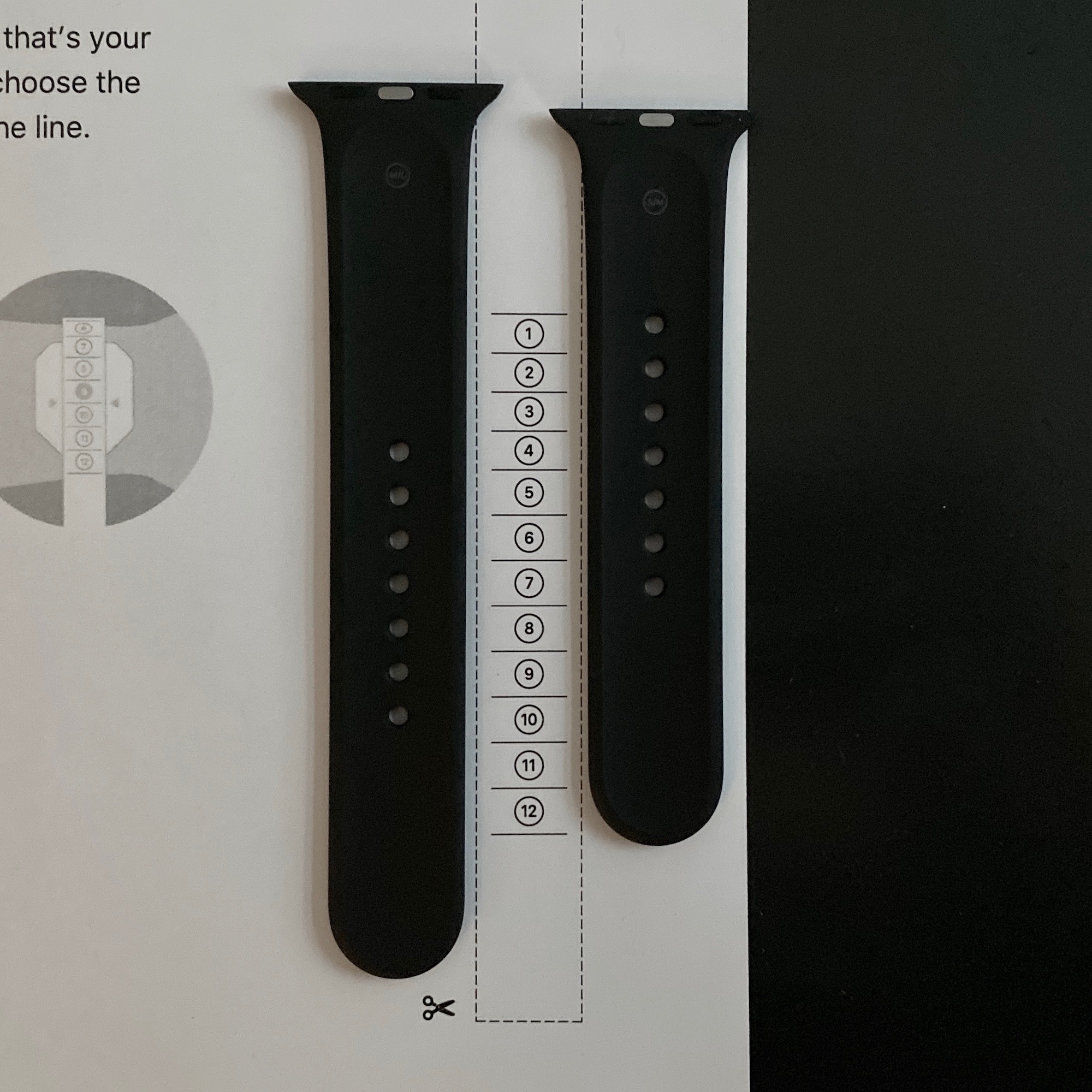 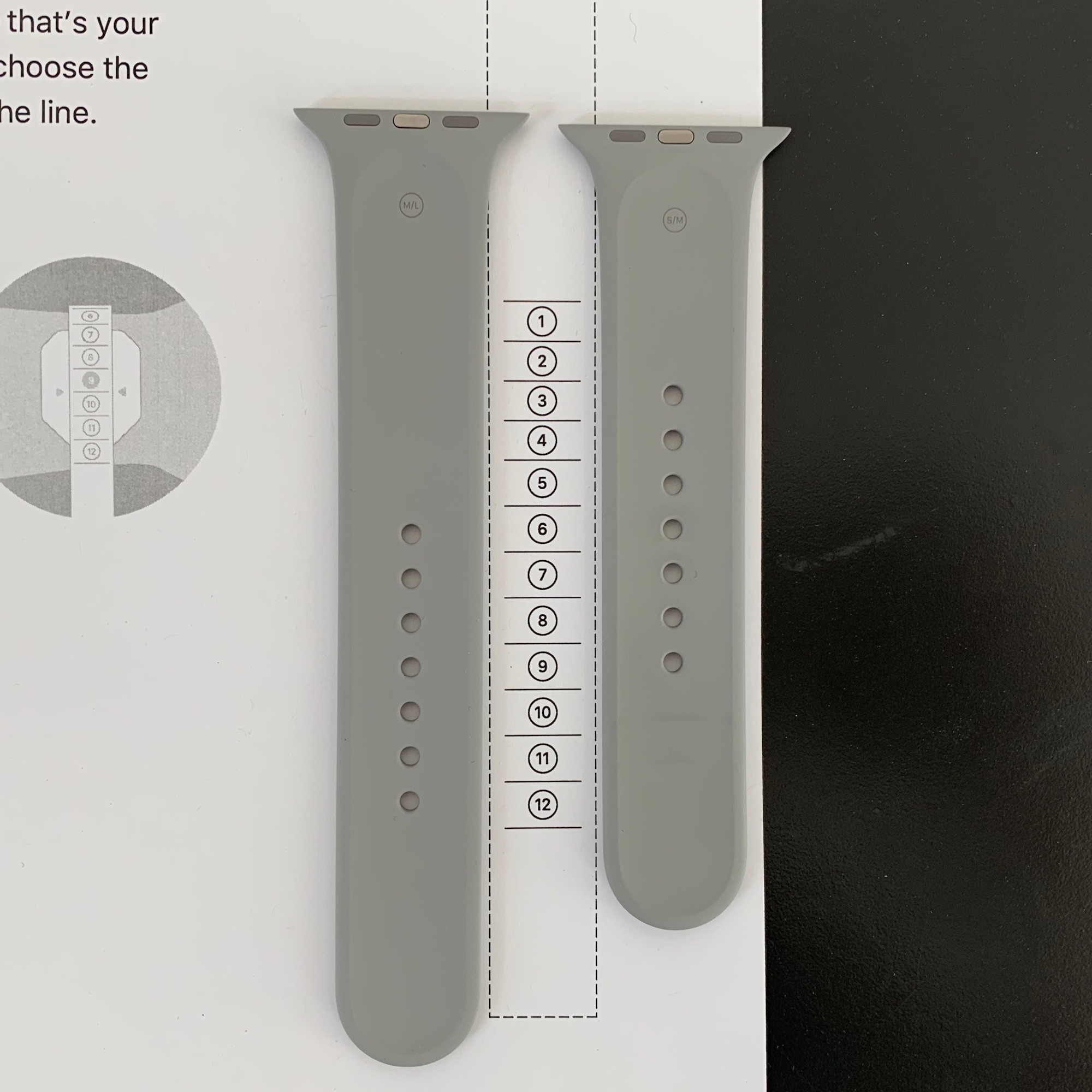 The news that it is possible to match Solo and Braided Loop sizing to the Sport Band will reassure many existing Apple Watch users who have been concerned about sizing issues and the potential need for an inconvenient return.

Regarding Apple's measuring tool, Gruber points out that "I think you're supposed to use the tool to precisely measure the circumference of your wrist, not to simulate the circumference of what you think would be a comfortable watch band," and he believes this may be the result of much of the discontentment about Solo Loop sizing.

Welp, according to this I should be an 11, but I ordered the Watch with a size 7 loop (I measured my wrist with a measuring tape, not the print-out tool). It’s arriving in a few hours so here’s hoping this is wrong.

Update: I printed out Apple’s tool and measured myself... and got a 7. So that’s definitely reassuring, and like the poster below pointed out, this only shows that the spacing is the same.

Update 2: Turns out I am a big dumdum and I was counting the spacing from the last one, when I should have counted from the first one. So now, this indicates I should be... a 7.

Update 3: Got my watch and Solo Loop! Fits a little loose and the watch is sitting a little bit lower on my wrist.
Last edited: Sep 24, 2020
Reactions: iBluetooth
B

The process for this thing is way too complicated, especially right now.

Beyond that, he's probably correct that this was intended as a wrist-measurement tool and that people are (understandably, but probably incorrectly) using this instead to interpolate what they believe a correct band size will be. In short, there's almost certainly a communication failure at work here.
Reactions: iBluetooth, Internet Enzyme, GrumpyMom and 4 others

If this is indeed the case, how did Apple not disclose this info from the get-go? It would have saved some serious headaches for people that ordered the wrong size.
Reactions: SuperCachetes

''You're not measuring your wrist correctly"

I have a Series 4 (44mm) and I wear a Product Red Sport Band with the M/L on the 2nd hole, occasionally looser on the 3rd, but not in some time as I think it has stretched and now it is always on the 2nd. This corresponds to a Solo Loop 7.

But when I measured for the Braided Loop, I measured to a 8. And that is what I ordered. My guess is it may be a little bit looser than my Sport Band, but I think I'll be ok with that. My Sport Band is rather snug at the 2nd hole/size 7 equivalent.
D

this hold true for me. My lug is 3rd from the smallest and the size 8 is my preferred solo loop size.

I wore my 40mm m/l sport band on forth hole from end, which on this scale is size 7. But it was really tight & had to but old sport band on instead

Having gone through this I think people are making it more complicated than it needs to be. I used a measuring tape which told me I was a size 4. The size 4 ended up being a little loose. I exchanged for a size 3 and it’s perfect. Measure your wrist and size down one is the best approach in my experience.
Reactions: Alanaaaaa, NervousFish2 and sully54 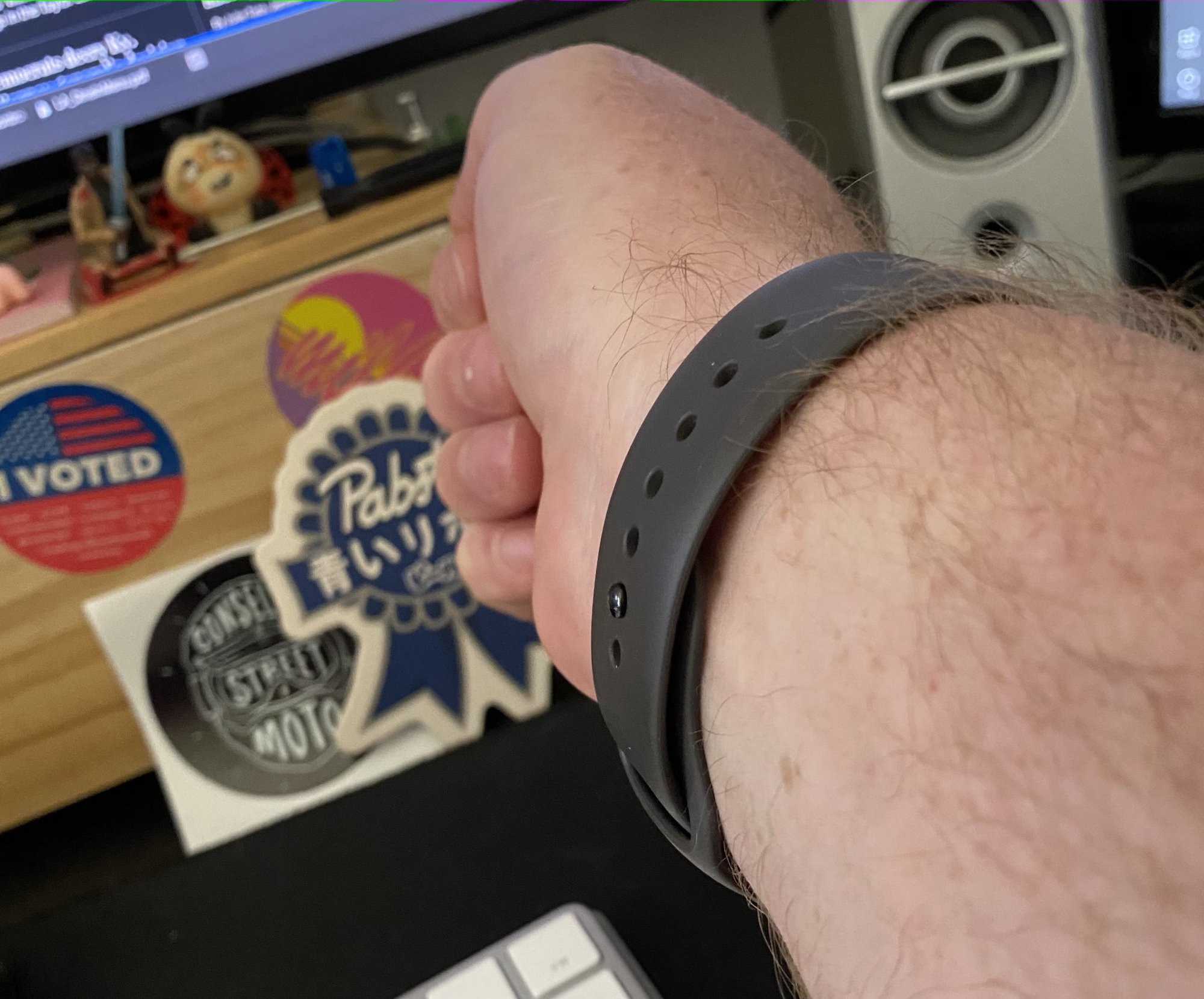 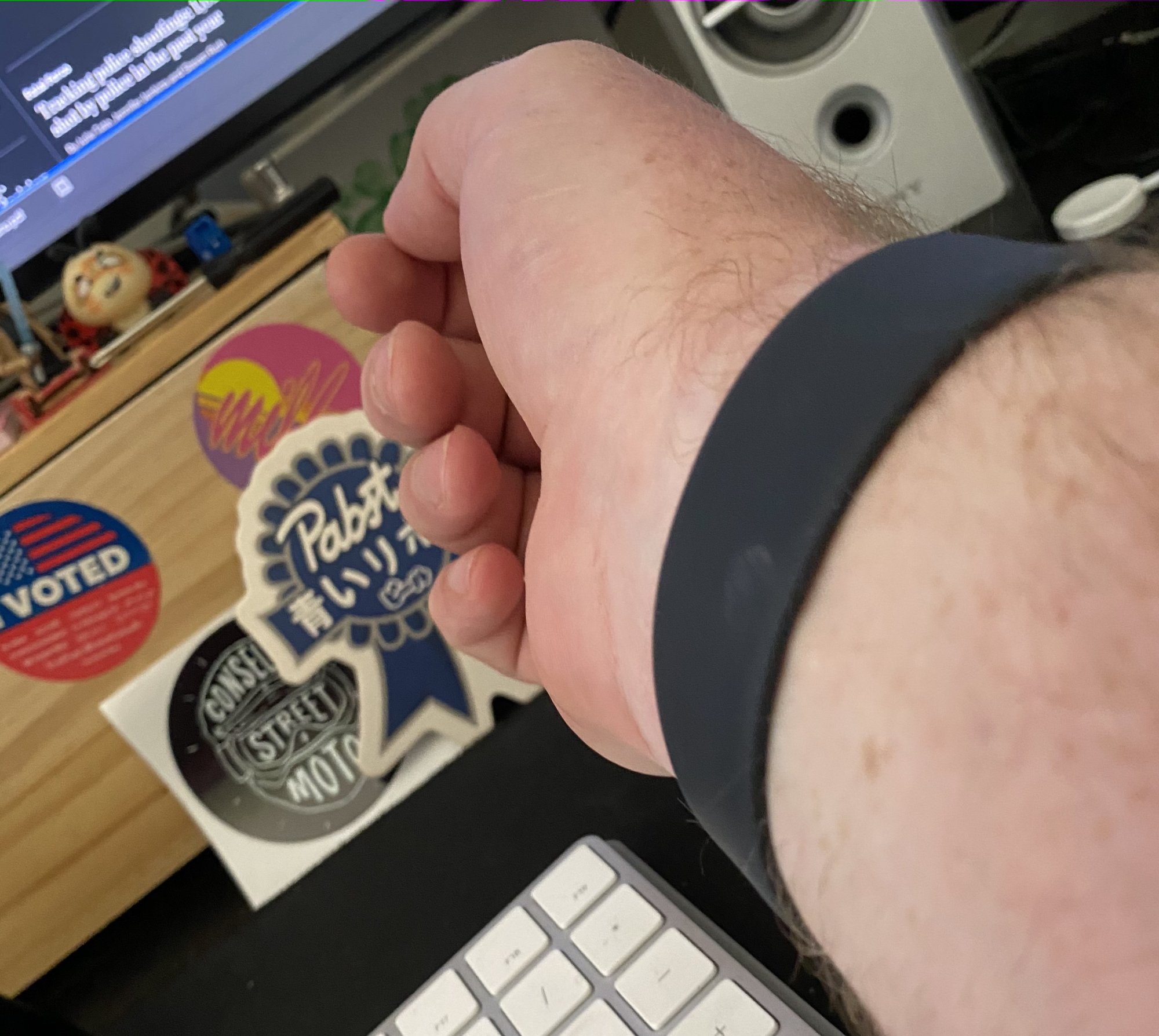 I should buy size 3 according to this but that's actually too tight for me. Ended up getting a size 4 in store.

(I ordered size 6 online and can't return it unless I return the watch as well, such a dumb policy)
Reactions: compwiz1202

I disagree with this article, at least in my case. Before the Solo Loop, I was always wearing my 44mm S/M Sport band on the 6th hole, and when I went to order my band, I incorrectly measured myself as a size 6 on a 44mm Solo Loop (using Apple's guide before they updated it), and when it arrived, it felt just a tad too loose. Turns out the size 5 was actually a perfect fit, and I've returned my size 6. Keep in mind that when you wear a Sport band, that some of the band is tucked away, which needs to be accounted for as well. Wearing my size 5 now, it's perfect.
Reactions: mexa and iBluetooth

I can confirm that this is true for me. I got a size 7 band that fits perfectly, and I’ve always used the second hole (from tightest) on my sport bands. (44mm)
Reactions: wtzouris, Ravi_MR, Christopher.B and 2 others

In response to customer complaints, the revised pre-order instructions should help. 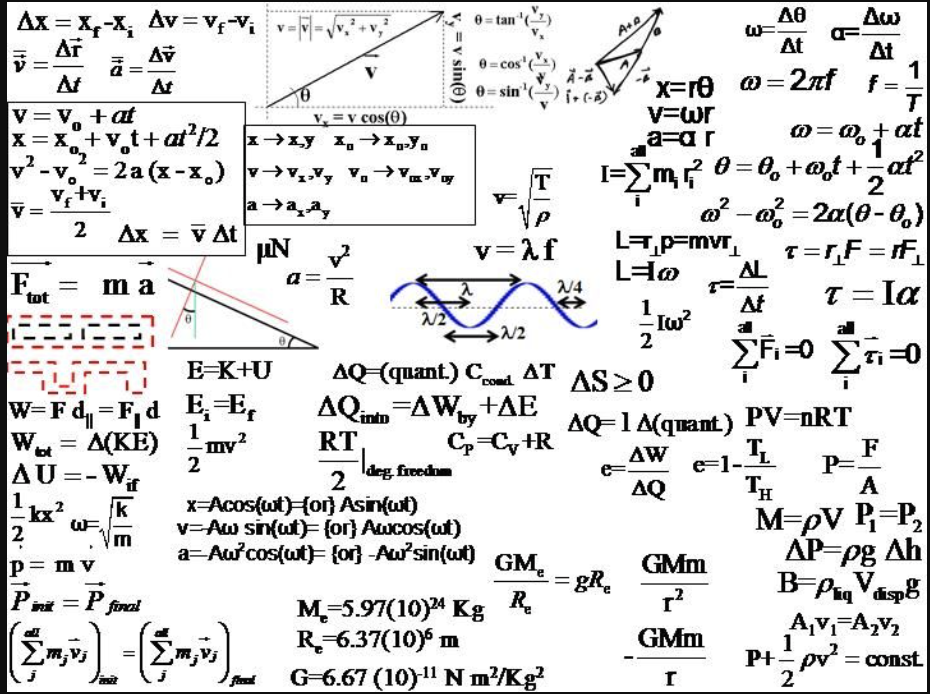 So glad I saw this. Just cancelled my orders (which were due late October and November). R e-ordered both bands and my local store has my size in stock to collect tomorrow!
Reactions: Unregistered 4U
N

It's impossible that both of these statements are true:
Problem is... the first one is a known truth.

This seems pretty dumb from John. I'm surprised it isn't from the other John. You can see in the photos that S/M and M/L bands are not lined up with each other... square peg in a round hole to make a scoop? I dunno. But it's misleading at best.
Reactions: jpn
I

This will never work because the regular strap is double thickness cause of the spare strap. Just use a cable then measure it with a ruler.
B

I'm still coming in at a 7, so at least these are consistent.
Reactions: Ravi_MR

What a great idea to release a brand new product in 12(?) brand new sizes while stores are closed so that basically no one can try them on either.. Guess the delivery people won't be out of a job anytime soon at least
Reactions: Lancetx, decypher44, hummerchine and 1 other person
R

I think the thing with the new loop band is it is a very very tight material with little give leaving little room for error. It's almost like a rubber band that you expand and then allow to constrict on your wrist. I've noticed people are very different in how they like a band to feel, so one person's perfect fit is another's too loose or too tight. Anyway in my case, it's definitely too tight for my "taste" but also clearly the "correct" size for someone who likes a snug fit. I used the cut out tool so no issues there, but I'd probably recommend going one size up for people who like a looser fit. I'm hoping to just stretch it out over time for more comfort.
Reactions: Night Spring

So in short, if my wife currently is between band size holes with her sport loop (one is too tight, next hole is loose enough that the watch disconnects and locks on her all the time), she won’t be any better off with these? That’s sad.
Reactions: jpn
C

What about the Nike Bands
Reactions: Night Spring and Marty_Macfly
C

richard4339 said:
So in short, if my wife currently is between band size holes with her sport loop (one is too tight, next hole is loose enough that the watch disconnects and locks on her all the time), she won’t be any better off with these? That’s sad.
Click to expand...

It might be. If she gets the single loop for the hole that is too tight for her it will likely be perfect after a few days of wearing it since it has more elasticity then the other bands.
Reactions: KayEm6419, jpn and NervousFish2
You must log in or register to reply here.
Share:
Facebook Twitter Reddit Email Share Link
Register on MacRumors! This sidebar will go away, and you'll see fewer ads.
Sign Up
Top Bottom