Apple is working with the New York City Police Department to locate stolen iPhones and iPads, a radical change from the hands-off approach that the company employed previously. The NYPD estimated that the theft of Apple products accounted for a significant rise in crime in the Big Apple, with more than 3,890 reported thefts of Apple products in 2012. 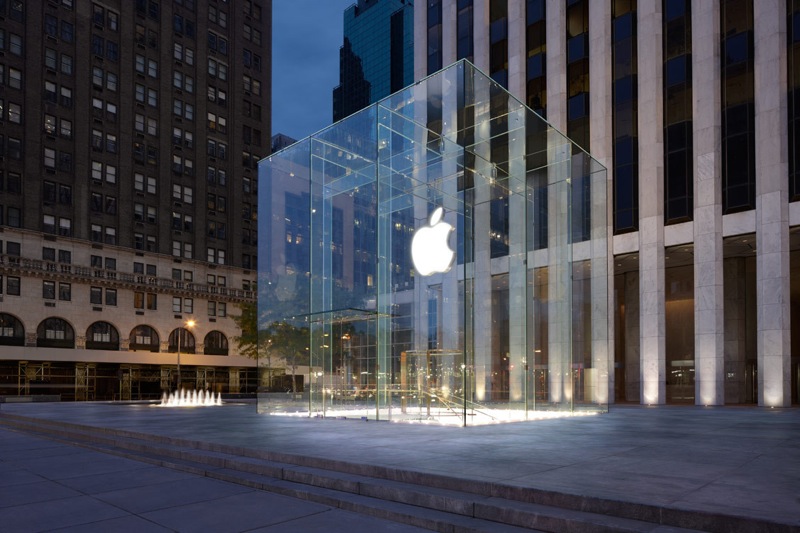 Every time an Apple device is stolen, detectives attempt to get tracking numbers from the victim or online records.

That number, known as the International Mobile Station Equipment Identity, is then shared with the officers in Police Headquarters who pass it on to Apple.

The California-based company then informs the NYPD of the device's current location -- and it can track it even if it was reregistered with a different wireless provider.
Click to expand...

Apple has been criticized in the past for not having a centralized database of stolen devices and for even repairing or replacing stolen units under warranty. It isn't yet known if this is a new program that any police department can use, or if it is only applicable to the NYPD.

Why criticize Apple for repairing or replacing stolen units? How is apple to know if a unit was really stolen or if it was something else?

yeah... I was thinking "about time" too. I don't know the liability implications, but I think being able to locate your stolen phone with the help of local law enforcement would make a nice marketing blurb.

I think there might be more of this kind of story too.

Was thinking the same.

Would be interesting to see how many stolen phones have been replaced by Apple as here in the UK most stolen iPhones go straight to eBay as IMEI blocking doesn't apply in some European countries.

An IMEI blocked iPhone sold as spares or repairs on ebay.co.uk will fetch just as much money as a fully working iPhone if you allow for european shipping.

Rule of thumb here is just to get it insured and if it goes missing, forget about it.

It would be good though if Apple did have a database just so they can flag up any phones which have been brought in by idiots brave enough to take stolen goods into a retail store.
I

litmag01 said:
How is apple to know if a unit was really stolen or if it was something else?
Click to expand...

Why report your stolen car to the police? How are the police to know if a car was really stolen or if it was something else?
D

Because people have told Apple that the device is stolen and they have then gone on to let someone replace the device anyway.

This is a particular problem when Apple replaces a blacklisted device with one that isn't.

charlieegan3 said:
I think there might be more of this kind of story too.

It appears that story is isolated to Sprint.

What has become a powerful tool for police hunting down bad guys and people who lose their phones or who call 911 has backfired on Dobson. An unexplained glitch with at least one cellphone company is directing people with missing phones to his North Las Vegas home.

And the glitch is also affecting police, who have twice been wrongly directed to his house on domestic violence calls. That has forced Dobson to post a sign on the front of his house telling people he doesn't have their phone.

The situation is one that has puzzled experts.

"That's crazy," said John B. Minor, a communications expert who specializes in cellphone tracking. "This sort of thing I've not seen."

The problem appears to be limited to some owners of Sprint phones. Company officials said they are researching the problem, which has forced Dobson to sleep near his front door on weekends so he can answer the door quickly at all hours.
Click to expand...

There would need to be a way to transfer ownership of the phone that you could do on-line using both parties Apple IDs.

I worked at a major laptop repair center.
We kept a database of stolen laptops and noticed law enforce when required.

If a lowly paw shop can do the same in the US why can't Apple?

I say it's about time.
And it's only being done because some high profile equipment got pinched and LE would like some 'assistance'

In my opinion, they should do this for everyone.

Don't like. Works sometimes but what if you purchased it on Craigslist or something.... You'd have to give something to the PD you paid for in a deal you thought was legitimate.

Good luck with this. I had my son's laptop stolen from our car in Washington. We had a Cybernanny type product on it that would tell you when sites you designated were being visited. As soon as the laptop was stolen, we went online and set it to report any site.

Sure enough in a few days the laptop was online and we had an IP address. It had made its way to Oregon. We called our police and told them who the service provider was, what the IP address was on the day it was accessed, and guess what? Not a damn thing.

This is great that Apple is doing this, but the police would rather pull you over and ticket you for going 10 over the speed limit than find your stolen crap, even when you help them.

My guess is that in my case, this was part of an organized ring and following it through would have solved many crimes and prevented others, but, you know, that's a lot of work.
I

Apple should be able to track every single product at any point in time if it's called for. Each product has a unique identifier. This would cut the crime considerably. Report a theft to the police. Police verify you owned the phone. Police contact Apple to get tracking information. Police close in on thief.
R

That's why you keep a copy of the craiglist ad and their email. Heck I even sometimes have them sign a piece of paper stating I sold something to them or they sold something to me if it's an electronic device.

I don't know how that works in the USA, but in the UK you would only get the phone back if the buyer was taken to court and convicted for theft. Which is quite unlikely to happen, and you may very well end up being convicted for "perverting the course of justice", which is significantly worse than a conviction for theft.

Man, when my Nokia phone was stolen, Nokia didn't do anything!

I don't think Motorola is very helpful either!
B

I think it's about time GSM operator have a shared blacklisted device DB, like they do in European countries.

Hey guys, can you please resize your images for the news stories? All the large images are always squished and look out of proportion.
L

Aside from tracking by GPS, why can't Apple do something when the stolen iPhone is syncing with iTunes? When the iPhone syncs in iTunes, it also is kept track of centrally by Apple. This is how Apple re-locks your phone if you had jail-broken it. Also, if you unlock your iPhone with your carrier's permission, then they send the authorization to Apple and the next time you sync it through iTunes, Apple notices it's approved to be unlocked and processes it with an update. With this capability, they could easily brick the stolen iPhone.

I'll acknowledge the remaining issues are the proof of burden from the owner and ambiguity with selling it through a third market like eBay or Craigslist.

The Republic of Texas

Because they have the ability to track and know if the device is stolen, that's why.

It's the same as wireless providers, who are finally doing something. They are finally getting to a centralized database that all carriers can access and add to, and if a device is stolen, it can't be activated on any network.

Take away the incentive to steal, and the problem goes away.

I think the issue is that Apple wouldn't establish a "blacklist" of phones reported by owners to be stolen. In the past someone could steal an iPhone, take it to the store and have it replaced as-if they were the rightful owner, rather than Apple seizing the phone and informing the police.

By contrast, take a stolen credit card. If you try to use a card reported as stolen the merchant will seize the card and forward it to the bank issuer. They don't just refuse the charge and let the person keep the card.

Another example, would be a car. Take a reported stolen car to a dealer for repair. The dealer doesn't fix the car and give it back to the thief, an employee notify's the police.


Arcus said:
Was thinking the same.

Sure, but that is called fraud and filing a false police report and I'm sure whoever you sold the phone to would be more than happy to cooperate w/ the police. Have fun paying the fine and/or sitting in jail. We'll worth the possibility of pocketing a couple hundred bucks, right.
T