DesertNomad said:
Hopefully Apple will offer some sort of upgrade from DTK to M1 for those people that have the development machines.
Click to expand...

it's a mess who bought it and have to return it . For me as developer , ios a very slow adoption. My iMac 2017 baseline short circuit my house previous 2 days and I'm not sure either it was big surr issue . As replacement bought huawei d15 ryzen instead of m1 series(not available yet here, and will be long time to come here).


** normal stock laptop pretty pricy
** apple for sure over price as usual.

Hopefully Apple will offer some sort of upgrade from DTK to M1 for those people that have the development machines.
Click to expand...

No refund, the $499 was a rental. In the past they’ve collected them and given a substantial discount on some new machine. No guarantees they’ll do that this time, but I think it’s likely.
A

CarlJ said:
No refund, the $499 was a rental. In the past they’ve collected them and given a substantial discount on some new machine. No guarantees they’ll do that this time, but I think it’s likely.
Click to expand...

It was simply wishful thinking. I'm hoping that we can get a $499 credit towards a new pro model when the rest of the line transitions.

Exactly. But it ended up way, way worse.

When BS beta 6 hit the DTK lost the ability to be restored via a Catalina Mac. You needed a 2nd mac running the same version of BS (albeit Intel at the time). Many developers were offered the DTK in September when beta 6 hit, but the DTKs arrived with Beta 5. Upgrading the DTK from beta 5 to 6 using the Beta Access Utility bricked the DTK hardware, which required using another Mac running Apple Configurator to restore.

So to use the DTK you needed another dedicated Mac running the same beta, which isn't very cost effective - especially for small developers.
Many small developers bought the DTK to use as a BS development machine for a year while new Apple Silicon macs shipped - this seemed like a cost effective option, but in the end these developers got screwed.

Never tried to restore, but was always getting download error when trying to update.
Was very disappointed to stick on initial os version but today managed to update to 11.1 Beta (20C5048l) via Preferences
F

It is a nightmare to rent this DTK, struggling with the most basic task of updating the OS. If I knew a M1 Mac mini is coming that soon, I would not have applied for this. Apple seems to have even forgotten they rented out the DTK to us as they are dead silence on the developer forum.
Reactions: crystalidea and DesertNomad

crystalidea said:
I'd be happy to exchange my DTK to the base model mac mini
Click to expand...

Same here.. but unfortunately we are not hearing anything from Apple at the moment.

Looks like they're giving a $200 credit for a new Mac if you do it by May. 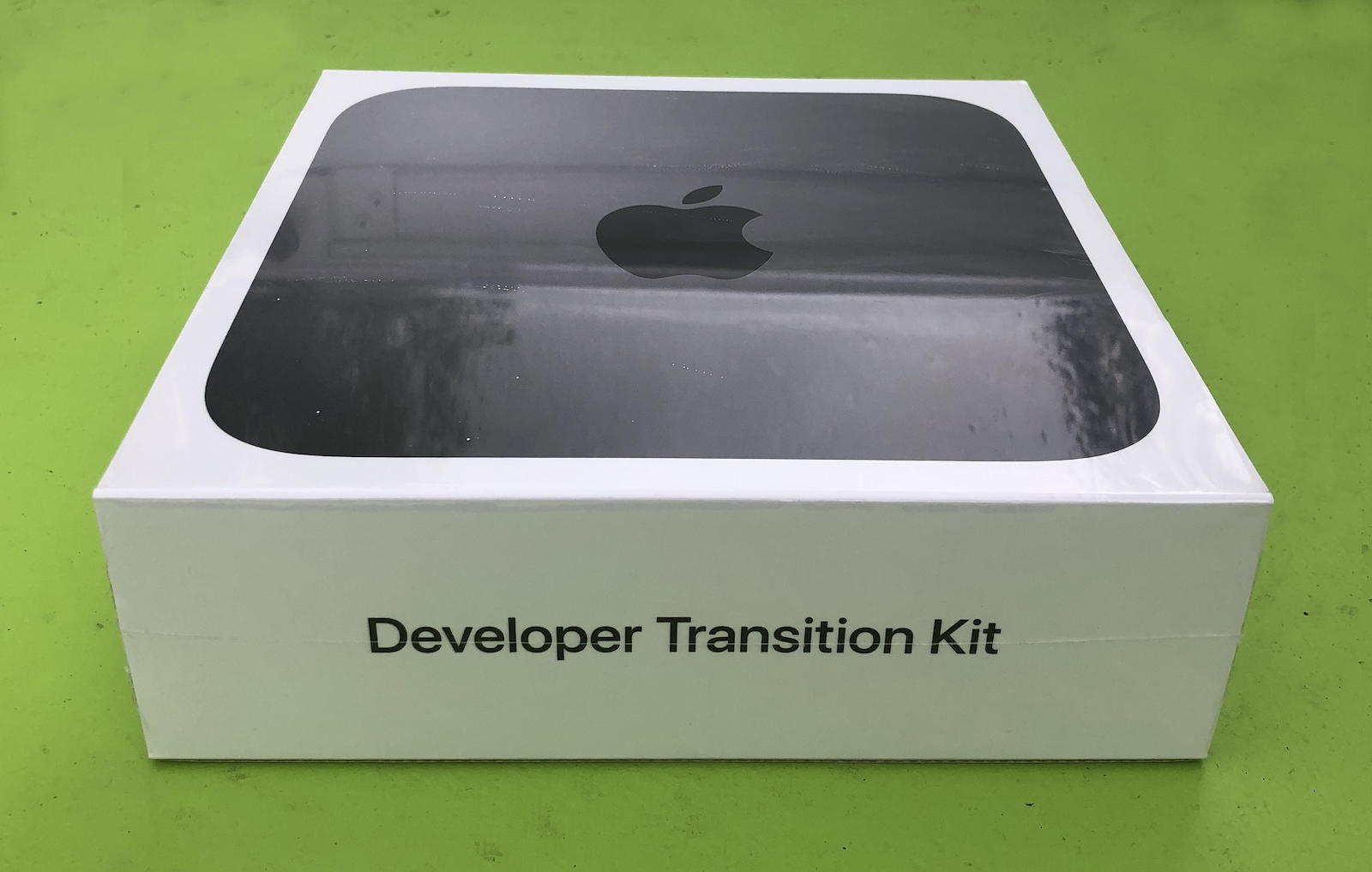 Ahead of the release of the M1 Macs, Apple provided developers with a Developer Transition Kit that included a Mac mini equipped with an A12Z Bionic chip first used in the iPad Pro, 16GB RAM, a 512GB SSD, two USB-C ports, two USB-A ports, and an HDMI 2.0 port. Image via Axel Roest These DTKs...