Mobile advertisers are beginning to spend significantly more money targeting Android users thanks to Apple's implementation of a framework on iOS, severely impacting the amount of data companies can collect about users on iPhone and iPad. 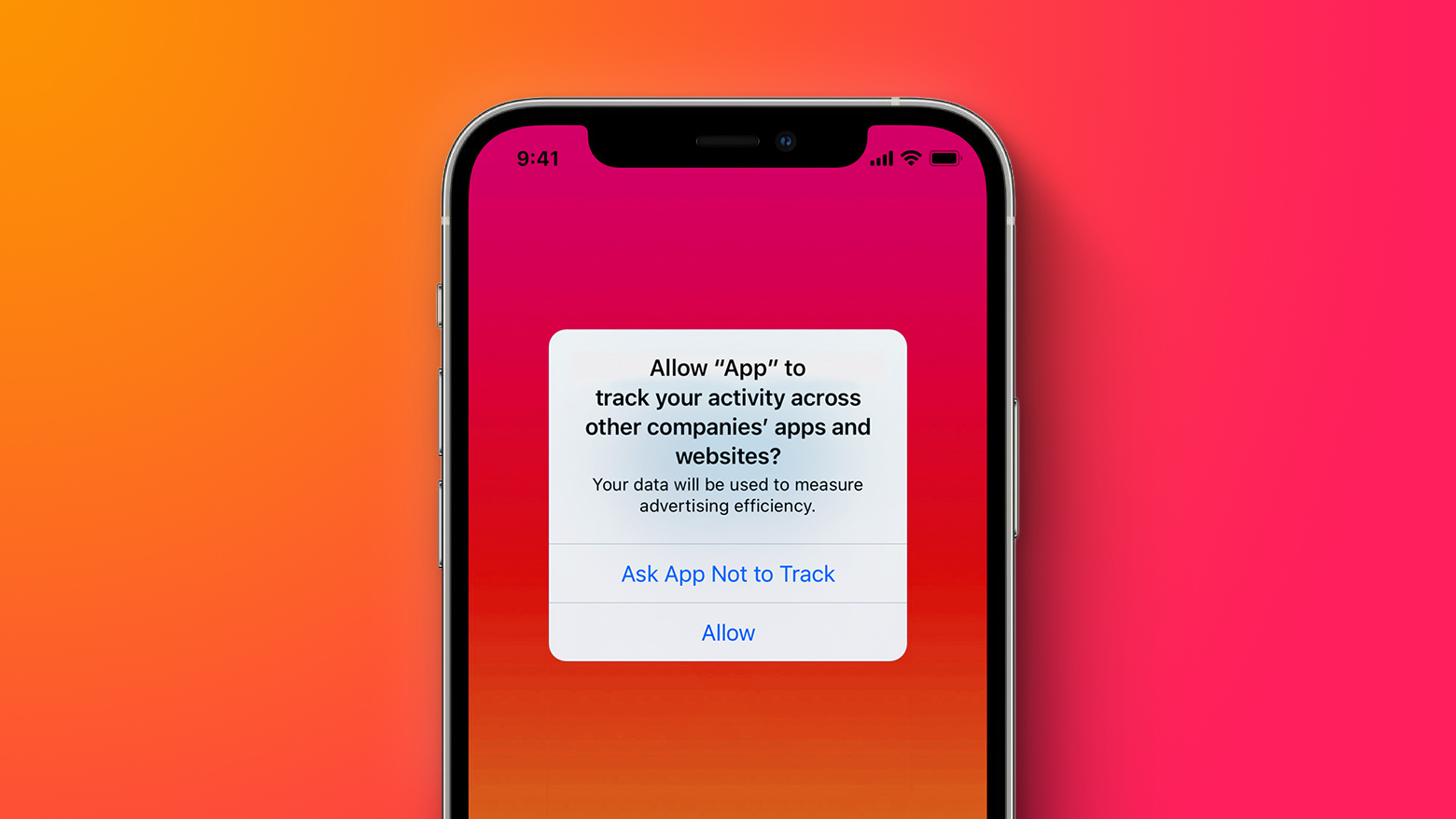 As reported by The Wall Street Journal, following the April roll-out of ATT, or the App Tracking Transparency framework, which requires that all apps on iPhone and iPad ask for users consent before tracking their activity across other apps, advertisers have begun to lower their spending on Apple's platform.

According to early data from the ad-measurement firm Branch Metrics Inc, seen by The Journal, less than 33% of iOS users have permitted apps to track them across other apps. The remaining 67% of iOS users opted not to permit apps to track their activity. As a result, the amount of advertiser spending on Apple's mobile platform has fallen by about one-third between June 1 and July 1, while spending on Android rose over 10% for the same month, according to ad-measurement firm Tenjin Inc.

After the tracking change took effect in April, many users of Apple's iOS operating system have received a high volume of prompts from apps asking permission to track them—requests that most have declined. Less than 33% of iOS users opt in to tracking, according to ad-measurement firm Branch Metrics Inc.

As more of that information has emerged, advertisers have adjusted their buying strategies. Spending on iOS mobile advertising has fallen by about one-third between June 1 and July 1, according to ad-measurement firm Tenjin Inc. Android spending rose 10% over the same period, Tenjin said.

Digital-ad agency Tinuiti Inc. has seen a similar pattern in its clients' spending, research director Andy Taylor said. When iOS users opted out of tracking, Tinuiti advertisers couldn't bid on them, he said. That dearth of iOS users drove up demand—and ad prices—for Android users. About 72.8% of smartphones world-wide use the Android operating system, and about 26.4% use iOS, according to Statcounter.
Click to expand...

One reason digital advertisers say they're spending less on Apple's mobile platform is due to the lack of "granular data that made mobile ads on iOS devices effective and justified their prices."

Without proper user tracking, advertisers have significantly less data about a user's interests, preferences, and more. Advertisers and companies, such as Facebook, use that data to compile a profile of a user. The type of data collected from tracking helps advertisers to ensure that their ads are being targeted to potential customers

Digital advertisers say they have lost much of the granular data that made mobile ads on iOS devices effective and justified their prices. In recent months, ad-buyers have deployed their iOS ad spending in much less targeted ways than were previously possible, marketers and ad-tech companies say. The shortage of user data to fuel Facebook Inc.'s suite of powerful ad-targeting tools reduces their effectiveness and appeal among some advertisers, ad agencies say
Click to expand...

While several advertisers are being impacted by ATT, Facebook has been the most vocal and critical of the new change. Ever since Apple began to beta test the framework, which was shipped as part of the iOS and iPadOS 14.5 updates, Facebook accused Apple of impacting small businesses who rely on advertising as a means of keeping their doors open. Facebook also proclaimed that the framework was anti-competitive because, in its view, it gives Apple an upper hand for running its own mobile advertising business on iOS devices.

I’m sure this will make google happy ??
Reactions: Henk Poley, GuruZac, Solomani and 12 others

Targeting the ones who spend as little as possibile looks like a sound strategy.
Reactions: aloshka, freedomlinux, osx86 and 43 others

They're hoping to drill down on all that tracking data to winnow the spendthrifts.
Reactions: ArtOfWarfare and ChrisMoBro

Glad these creeps aren't getting away with this spying anymore.
Reactions: aloshka, osx86, bb9 and 20 others

I’m not sure I believe that is an actual thing. It has always seemed highly improper to me.
Reactions: Whathappened, alecgold, OGD114 and 6 others

never works anyway. It always suggests me things I have already bought, especially funny when I just left a store and 30 minutes later I get an ad for that store chain. I hope they pay by impression to give me a little satisfaction out of it
Reactions: tracker_oz, alecgold, OGD114 and 1 other person
P

I am more likely to pay for apps if they do not track me.

One of the big disappointments has been the developers who want both to charge and to gain from advertising and/ or tracking.

The model of offering an advertising-supported "free" version and a paid-for option is fine. But leave the tracking and unexpected advertising out of it.
Reactions: tracker_oz, aloshka, planteater and 25 others

The advertisers ideal is spending as little as possible to to find the users who spend as much as possible, which is now harder with the iOS changes.

So now they are targeting the high-spending Android users who are worth more than the average iOS users, which is now the option as they cannot target the more profitable high-spending iOS users. Android is adding more user privacy soon, so the balance will change again.
Reactions: Volk.JP and rjohnstone
G

This is just going to be temporary because because Google is adding basically the same feature to Android. There are other basic tracking measures out there that are becoming the new normal way of tracking users and that will be the way forward for the time being.

Personally I have noticed a lot more location based ads lately and ads that seem to fit more with the type of app that I am using at the time.
Reactions: mazz0
S

Nice to see. This should encourage developers to use straight up paid apps (or less invasive tracking adverts) on iOS, which I'd like.

Now if we could just get Apple to let devs charge money for large app updates (once a year or less), I'd be happy.

It's important to point out that Google said they would add "Privacy", but not the same "Privacy" as Apple. My guess is tracking and monetizing user data will be safe and sound over in Android world after the "Privacy" is applied. But alot of PR "Privacy" will be talked about by Google at the time. Will be interesting to see what they do, since they are all about advertising and using user data.
Reactions: tracker_oz, planteater, subi257 and 1 other person

dlewis23 said:
This is just going to be temporary because because Google is adding basically the same feature to Android. There are other basic tracking measures out there that are becoming the new normal way of tracking users and that will be the way forward for the time being.

Personally I have noticed a lot more location based ads lately and ads that seem to fit more with the type of app that I am using at the time.
Click to expand...

Correct me if I am wrong, but this feature will be off by default on Android (compared to on by default on iOS)? So the fallout on android may be way less if people cannot be bothered to switch it on.
Reactions: tracker_oz and Glideslope

Moonjumper said:
So now they are targeting the high-spending Android users
Click to expand...

Well it seems to be working, maybe not exactly as intended though. On one hand it will probably de-incentivize many developers from creating free apps but on the other hand, there are a ton of apps that are just a waste of time and arguably not worth it even at free.
Reactions: rjohnstone

Better experience for us. Ad tracking should be a crime. Ad’s that do not track are annoying but tolerable. If an advertisement needs tracking, their products are not worth buying, period.
Reactions: aloshka, spotlight07, GuruZac and 11 others

It amazes me how these types reacted to Apple's moves towards privacy like they have a right to spy on us.

NOT a fan of Facebook, but both of their complaints in that last paragraph are Spot On !
Reactions: tracker_oz, planteater, Frustratedperson and 4 others

Not exactly related to advertising but in general targeting android and windows users:

It’s all a question of scalability and ROI.

Cosmosent said:
NOT a fan of Facebook, but both of their complaints in that last paragraph are Spot On !
Click to expand...

So who should have the upper hand? Facebook?
Reactions: tracker_oz, alecgold and sinsin07
6

Correct me if I'm wrong, but doesn't MacRumors make money this way.

Why would I even consider advertising on MacRumors if I know it's going to waste. And if you didn't know, MacRumors makes money by advertising

I noticed a few apps have less features in the free versions since 14.5 . So we have to buy the paid version to get what was previously free?
You must log in or register to reply here.
Share:
Facebook Twitter Reddit Email Share Link
Register on MacRumors! This sidebar will go away, and you'll see fewer ads.
Sign Up
Top Bottom