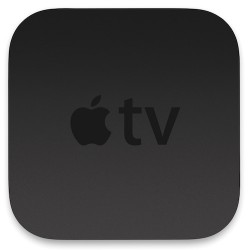 Earlier this week, The Information said Apple was actively developing an in-home hub that would compete with the Amazon Echo and the Google Home, and now VentureBeat has shared new details on the product and its prospective features.

Citing an unnamed source, VentureBeat says rather than developing a new product, Apple could add Echo-like features to a revamped version of the Apple TV. The Amazon Echo, for those unfamiliar, is an in-home personal assistant device with a built-in speaker and a robust AI system. The Echo is able to perform a wide range of functions, from giving weather reports and answering queries to controlling smart home devices.

A future version of the Apple TV may gain a dedicated microphone and speaker, along with deeper Siri integration to allow it to function like the Echo. Processing queries and serving up results is said to require additional computing infrastructure, which Apple is working on. It is not clear what extra computing infrastructure is needed as the fourth-generation Apple TV includes the same A8 processor that was used in the iPhone 6 and the iPhone 6 Plus, two devices more than capable of processing Siri inquiries.

The company will build on its enhancements to the Apple TV announced last year, which brought the Siri virtual assistant to the set-top box. A new version of the Apple TV will solve problems with the existing box and remote control, a source familiar with the matter claims.

"They want Apple TV to be just the hub of everything," the source told VentureBeat.
Click to expand...

Apple reportedly considered several options, ranging from a more comprehensive Siri implementation in the Apple TV to an improved Siri Remote to a standalone Echo-like product, but the standalone option was dropped in favor of furthering development on the Apple TV.

VentureBeat's report does not include details on when a next-generation Apple TV box with the aforementioned features could be released, but a late 2015 rumor from DigiTimes suggested Apple was already at work on a fifth-generation Apple TV with a new CPU and redesigned heat-dissipation solution to go along with it.

Turning the Apple TV (or another hardware product) into an Amazon Echo competitor will require more robust Siri capabilities, which could come as soon as iOS 10. Apple is said to be working on a Siri SDK, allowing third-party developers to build Siri support into their apps.

Ugh. I put off buying the AppleTV for a long time because I was sure they would update it any time. After years of waiting they finally did, and I was hoping this one would be the current model for a while. Luckily, they aren't super expensive, but I would hope that some things could be software updates and not require new hardware every year.
Reactions: greenmeanie, outsidethebox, Jaro65 and 9 others
Comment
R

Please! Don't forget to support 4K video, for that reason I ended buying the Roku 4.
Reactions: iChrist, ICEMAN-sven, jeffirl and 11 others
Comment
C

so basically apple is way behind on what has become a hot market niche and is throwing out leaks to reporters so that we know that eventually they will try to catch up even though there will be nothing to show in 2016.

everything i own in tech is an apple product but lately they seem to be chasing everyone else and nothing is an innovation.
Reactions: outsidethebox, idunn, Wowereit and 41 others
Comment

It makes a great deal of sense to integrate Echo-like features (essentially Always On Siri) to Apple TV, although for this feature to shine, HDMI-CEC needs to work more reliably to wake up connected TV.

This is one of the reasons why Apple should make a TV of its own, or at least a stripped down large monitor that is sold as an accessory to Apple TV, iPhone/iPad, and Macs.
Reactions: George Dawes, notrack, VulchR and 6 others
Comment
S

I'm just here with my popcorn for the jokes about Siri, ignore me in the corner.
Reactions: Beachguy, nburwell, VulchR and 10 others
Comment

And while at it, HDR (HDR10 and/or Dolby Vision) as well.
Reactions: sidewinder3000, WilliamJake and robotica
Comment

Makes sense. The Apple TV should be the main hub in the household.
Reactions: Apple Human, shiseiryu1, ThaRuler and 4 others
Comment

Ugh great... so ****** search can work on that also? My holiday went like this: "Siri find the movie Miracle on 34th Street" Her reply: "Sorry I can't find the maps application"
Reactions: realeric, Vanilla35, George Dawes and 13 others
Comment

How about a feature that inverts the mic in the Siri Remote to a speaker so I can say "hey remote" allowing it to beep so I can find the remote when inevitably gets lost 18 times in the couch during a movie?

But let's add Siri so I can scream "order me a pizza" and then it tries to "hoarder me a spritzer"
Reactions: Stenar, davemchine, Konrad74 and 9 others
Comment

4K would be nice, but I'm not sure what I would do with it since:

Of course that will change in the future, but I'm not missing it as of yet.
Reactions: Stenar, ShinySteelRobot, greenmeanie and 20 others
Comment

As long as it's thinner.

Seriously, that's fine, but what if you don't want the Apple TV portion?

Looking forward to seeing how this plays out...
Reactions: Huck
Comment

This is why Tech media is in a slow decline. ******* crazy articles like this do not instill trust.

Why would I want an Apple TV with a microphone? I sit 12 feet away from my HDTV.
There's nothing synergistic about cramming these AI features into device that plugs into a TV.

This idea is so preposterously stupid yet the author ran with it anyway.

For the people who bought the current Apple TV because the previous version was ridiculously outdated... SUCKERS!!!

There still isn't enough 4K content available out there yet though.
Reactions: Stenar, djbuddha, gijoeinla and 5 others
Comment

I don't see that happening, a device like that needs to stand on a central place away from the TV. It could only work when integrated into a real TV but you would still need standalone versions for other rooms.
Reactions: davemchine, sidewinder3000, Weaselboy and 2 others
Comment

TMRJIJ said:
Makes sense. The Apple TV should be the main hub in the household.
Click to expand...

I agree, and with HomeKit, you could expand the Siri capabilities in rooms throughout the house with add-on, audio-only devices that could double as AirPlay speakers.
Reactions: Stenar, sidewinder3000, orbital~debris and 1 other person
Comment

in some ways this makes sense but realistically, I will hate yelling swear words at Siri on my living room because she can't understand a thing I say equally as much as I hate yelling swear words at Siri when I am in my car because she doesn't understand a thing that I say...which is a lot of swearing
Reactions: idunn, Konrad74, George Dawes and 5 others
Comment
B

I'm surprised heat dissipation is a big deal that needs a redesign. Look at the A9 in the iPhone 5SE... And look at how big and thick the Apple TV already is in comparison.

Not dissatisfied with the current Apple TV but it'd be nice if the upgrade had an A10 and a more sane policy on game controllers.
Reactions: George Dawes, iAshley, sidewinder3000 and 4 others
Comment

djbuddha said:
How about a feature that inverts the mic in the Siri Remote to a speaker so I can say "hey remote" allowing it to beep so I can find the remote when inevitably gets lost 18 times in the couch during a movie?

But let's add Siri so I can scream "order me a pizza" and then it tries to "hoarder me a spritzer"
Click to expand...

I swear that Siri used to be better at understanding me. This is me Sunday in my car:

So I have to give up because the music app is so convoluted that I can't easily find it since it is a compilation of artists and it doesn't seem to be in various artists.

I never had these problems before, in fact my wife tells me that she sees Siri initially hearing everything she said perfectly and then changing it to something that makes no sense.
Last edited: May 26, 2016
Reactions: Vanilla35, iAshley, djbuddha and 13 others
Comment

That would force the user to turn on the TV each time, while I think a main digital hub should always be available to you in every situation. Maybe I'm wrong, will see at the WWDC.
Reactions: Kid Red and orbital~debris
Comment

Amazon solved the problem by developing the Dot. Essentially 6 microphones, Internet, No Speaker. Theirs directed at the home entertainment systems. Apple could do essentially the same thing with a small device added to existing ATV and build it into the next generation. Another example when Sling added functionality to existing DVR's then built in on new DVR's.
Reactions: sidewinder3000
Comment

Why would we need an "enhanced" version of the Apple TV to add more robust Siri functionality? It has an A8 chip, a microphone on the remote, and it plugs into a television, which has speakers. It is more than capable of being a "hub," except that Apple hasn't done **** with it. For years, we were hearing rumors about the Apple TV being revamped and it would be a HomeKit hub, and replace your cable box and blah blah blah. Then it came out and we got... an empty app store. I sit down, start a movie and hit the Siri button on the remote and ask her to dim the lights: "Sorry, go get your iPhone because despite the fact that I'm twice as expensive, I'm still useless."
Reactions: djbuddha, sidewinder3000, Sandstorm and 3 others
Comment

Nunyabinez said:
4K would be nice, but I'm not sure what I would do with it since:

Of course that will change in the future, but I'm not missing it as of yet.
Click to expand...

Just because you don't have it doesn't mean everyone doesn't. And Apple shouldn't be the laggard when Amazon, Roku, Xiaomi, etc. are all offering 4K.

As for streaming, I am able to stream 4K from Amazon, Neflix, and Vudu just fine. Keep in mind that 4K uses much more efficient HEVC compression.
Reactions: HobeSoundDarryl, vmistery, J.J. Sefton and 6 others
Comment
You must log in or register to reply here.
Share:
Facebook Twitter Reddit Email Share Link
Register on MacRumors! This sidebar will go away, and you'll see fewer ads.
Sign Up
Top Bottom