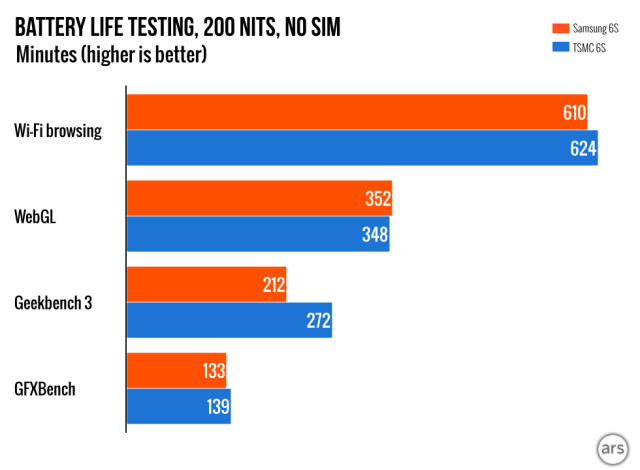 Nice to know that. Anyway there will be more tests about this, we'll see in some weeks.

Thanks for sharing. Here is the original article:

What do you mean Geekbench is wrong? It's a good app to test CPU intensive works. And Apple was not right, since they do not admit the Geekbench can make that much difference. They can't expect every consumer who buy an iPhone from them is an average regular user.

That's nearly 30% less power efficient with the SAMSUNG chip on the Geekbench 3. So it's confirmed. You deserve a TSMC chip 6s rather than the Samsung one since you pay the same price for it.