Barclays analyst Blayne Curtis and his associates recently spent a week in Asia meeting with companies within Apple's supply chain, and today they shared research on iPhones, AirPods, and the HomePod gathered from their trip. 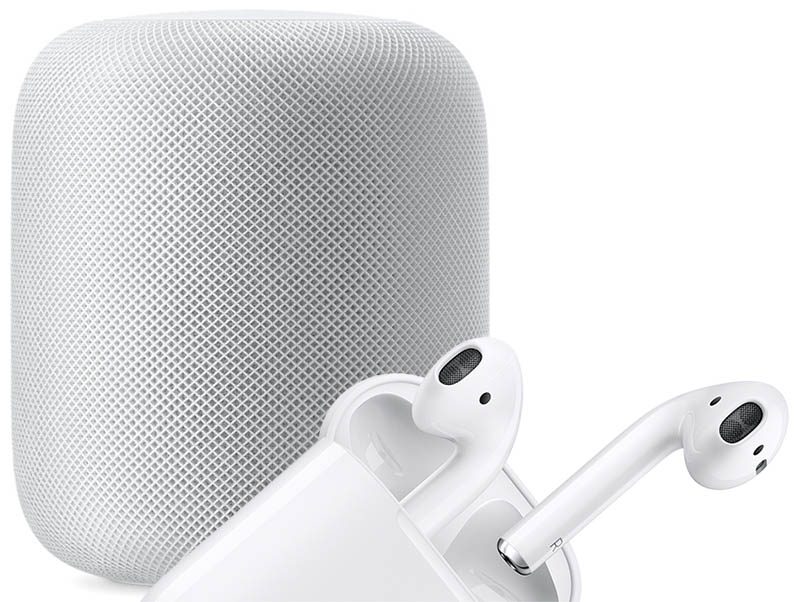 In terms of AirPods, the analysts expect Apple will continue to increase production of the wireless earphones. Barclays forecasts that AirPods shipments will likely approach 30 million units in 2018, within the ballpark of KGI Securities analyst Ming-Chi Kuo's estimate of 26-28 million units.

AirPods remain backordered on Apple's online store, with orders placed today estimated for delivery within 12 to 13 days in the United States and several other countries. The wireless earphones have been in short supply since December after availability briefly improved during the fall months.

The lengthy shipping estimates for AirPods suggests Apple may still be having difficulties manufacturing the wireless earphones, can't keep up with strong demand, or is dealing with some combination of those two factors.

In contrast with the popularity of AirPods, Barclays says HomePod sales have been "underwhelming" so far. The research note says Apple planned an initial production run of 6-7 million units, but it's unclear how many have sold.

Apple will soon release a wireless charging case for AirPods to be used with its upcoming AirPower charging mat. Beyond that, Bloomberg reported that Apple may release new AirPods with "Hey Siri" functionality as early as this year, and a subsequent pair with water resistance as early as next year.

Barclays also believes Apple will release a new pair of AirPods in early 2019, but it's unclear if they are referring to the pair with "Hey Siri" functionality or the subsequent water-resistant ones.

And for the HomePod, a relatively sketchy rumor out of China suggests Apple may release a smaller version of the speaker later this year for between $150 and $200 in the United States. No further details were provided.

The research note corroborates Apple's widely rumored plans to launch a new iPhone X, a so-called iPhone X Plus, and a lower-priced 6.1-inch iPhone X-like device with some design compromises such as an LCD instead of OLED display, 3GB of RAM instead of 4GB, a single-lens rear camera, and no 3D Touch.

An excerpt from the research note, edited slightly for clarity:

Looking ahead, we expect iPhone X production to cease entirely before this year's launches and now believe the 6.1" LCD model could be half or even more of the mix in the second half of 2018. The LCD version will likely be tiered between the iPhone 8 and iPhone X2 with cut down features; we expect it will have only 3GB RAM, a single rear camera, and lack 3D Touch, but still have the new form factor with Face ID. In terms of lower Bill of Materials, we note the LCD screen module costs less than half the cost of an OLED one. Further, we expect the iPhone X2 and a Plus-sized version to also be launched, likely with 4GB of RAM, and Intel to gain modem share this cycle. However, rear 3D-sensing doesn't happen until 2019 or later.
Click to expand...

The information about the new iPhones is entirely in line with research previously shared by KGI Securities analyst Ming-Chi Kuo.

Because Siri is rubbish and it can't even do the same tasks as Siri on the iPhone.
Reactions: Secondempire, martyjmclean, Bswails and 43 others
Comment

What did they expect? It has extremely limited capabilities versus the infinitely cheaper Amazon and Google options.
Reactions: Secondempire, Moorepheus, Bswails and 44 others
Comment
N

kuwxman said:
What did they expect? It has extremely limited capabilities versus the infinitely cheaper Amazon and Google options.
Click to expand...

It's a speaker.
Reactions: Moorepheus, ex0dus1985, Edsel and 5 others
Comment

I have yet to speak to one person in my day to day life that purchased or wants to purchase a HomePod.
Reactions: Secondempire, martyjmclean, scrapesleon and 29 others
Comment
H

Improve Siri and I will gladly buy one. I got a Google Home for free and hate not being able to use it to the fullest (I'm an Apple Music subscriber).

Obviously, they have intelligent people working on it and they have all the resources so what's so special about Apple that their assistant is easily the worst of the bunch?
Reactions: Bswails, ibivibiv, xalea and 6 others
Comment
T

kuwxman said:
What did they expect? It has extremely limited capabilities versus the infinitely cheaper Amazon and Google options.
Click to expand...

since you are using the word infinite....."it sounds infinitely better than amazon and google options"
Reactions: ljusmc, Verita, wotfan and 7 others
Comment

iapplelove said:
I have yet to speak to one person in my day to day life that purchased or wants to purchase a HomePod.
Click to expand...

Don't get out much? (kidding)
Reactions: spittt
Comment
C

They only launched it in three countries... maybe open it up to other ones?
Reactions: chuloo, hkoster1, spittt and 2 others
Comment

So why do Apple advertise Siri on its product page?

"Home to an intelligent assistant."

"HomePod is great at playing your music. But it can also tell you the latest news, traffic, sports, and weather. Set reminders and tasks. Send messages. Hand off phone calls. And HomePod is a hub for controlling your smart home accessories — from a single light bulb to the whole house — with just your voice.2"

Have yet to see anyone wearing those cigarette butts in public. If it's really true people are buying them then they must be using them in private.
Comment

bruinsrme said:
Don't get out much? (kidding)
Click to expand...

Between work and other activities, I’m out pretty often.
Comment
N

HomePod, when you have more money than sense.
Reactions: outsidethebox, Hank Carter, tongxinshe and 32 others
Comment
M

what did they expect? siri is absolute *******. the fact that the speaker is very good doesn't help much when you consider that doesn't even have an input.
[doublepost=1520610396][/doublepost]

mi7chy said:
Have yet to see anyone wearing those cigarette butts in public. If it's really true people are buying them then they must be using them in private.
Click to expand...

Fuuny, but true. They look awful and they fit awful - but the convenience is amazing. i have two iphones, two macbooks, and as cringey as this sounds...it just works. I also hacked together wireless charging using the method going around on the internet and it really does make it worthwhile.
Reactions: ibivibiv, Hank Carter, tongxinshe and 4 others
Comment
K

I don't think anyone expected HomePod sales to be impressive. Probably the v2 product when they can introduce a cheaper (but still high quality) speaker with an improved Siri. Lack of Spotify kills it for our house. Not to mention you need an iPhone. We are Android on our phones even though we have Macs.

As far as Apple being "doomed"? Hardly. The problem is the other guys just don't have their act together either. Either Microsoft or Google could be a threat to Apple's dominance, if they really sweated the details.
Comment
M

you must have missed the part about Siri
Reactions: martyjmclean, Huck, iLLUMI and 3 others
Comment
R

mi7chy said:
Have yet to see anyone wearing those cigarette butts in public. If it's really true people are buying them then they must be using them in private.
Click to expand...

I see people running around with them every day. They are becoming very common around here.

IMO the Airpods are the ultimate earphones for hands-free phone calls. I use them for almost all my calls now. They are also pretty good for music listening as long as the environment isn't too noisy. I just wish they had better and more reliable gesture controls (including volume adjustment).
Reactions: 0947347, WarHeadz, palmerc and 6 others
Comment
D

As a HomePod owner, it sounds amazing, looks nice and the mic pickup is incredible compared to my limited interaction with Alexa devices. I have promise apple will provide an update in the near future for Siri functionality which is why I wasn't too annoyed with the product going into it. WWDC better provide some nice Siri updates.

I've been trying to use Apple Music and I think they need to blow up the entire iTunes experience with Apple Music. It's bad (IMO). The navigation of everything between buying music at the store, my library and Apple Music is a complete miss. For such a popular service, I feel like it's one of apple's worst designs.
Reactions: Hank Carter, Huck, Wackery and 2 others
Comment

Outside of die-hard Apple fans I’m not sure who they expected to buy the HomePod when there are cheaper options that sound comparable, do more, and work with other music services besides Apple Music.
Reactions: ArneK, tongxinshe, decypher44 and 2 others
Comment 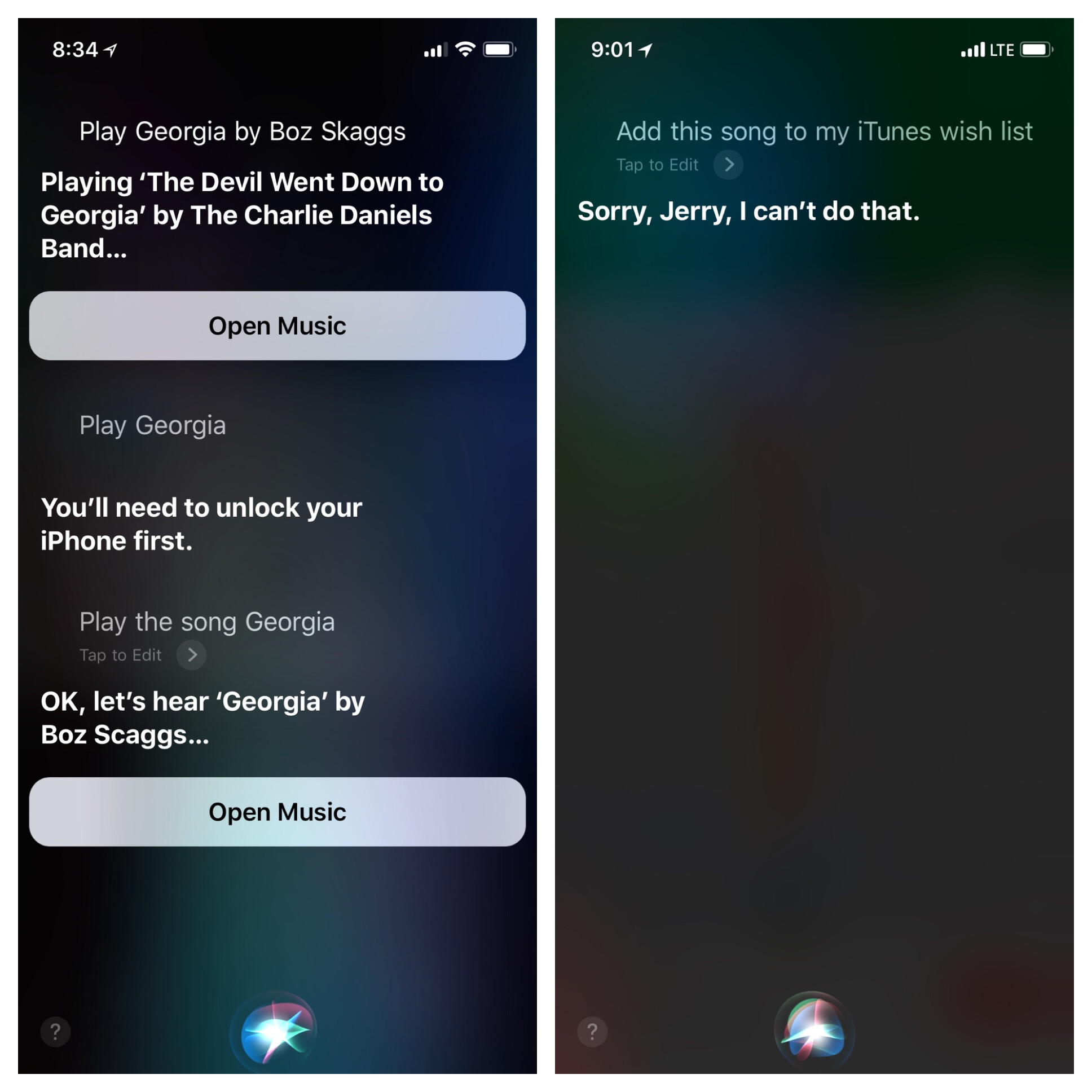 Can't imagine why anyone wouldn't want this entirely competent assistant for the low price of $350
Reactions: Secondempire, martyjmclean, dpjkillian and 48 others
Comment

iapplelove said:
Between work and other activities, I’m out pretty often.
Click to expand...

Yeah, no, at least it depends - this thing has a serious identity crisis.
Reactions: decypher44, PinkyMacGodess, Oblivious.Robot and 4 others
Comment

Siri is a problem for ALL Apple devices.... so many simple things it cannot do... why can't I tell my phone to do something on my TV? Why can't my TV do things on my phone?

Siri needs to be an iCloud service that works exactly the same no matter which of your devices/computers you access it through.
Reactions: mcdspncr, ibivibiv, Huck and 15 others
Comment
D