At a recent event hosted by venture capital firm Village Global, highlighted by TechCrunch, Microsoft co-founder Bill Gates lamented on losing to Android, calling it "one of the greatest mistakes of all time."

In the software world, it's very predictable for platforms. These are winner-take-all markets. The greatest mistake ever is whatever mismanagement I engaged in that caused Microsoft not to be what Android is. Android is the standard phone platform -- non-Apple phone platform. That was a natural thing for Microsoft to win. It really is winner take all. If you're there with half as many apps, or 90 percent as many apps, you're on your way to complete doom. There's room for exactly one non-Apple operating system. [...]

It's amazing to me having made one of the greatest mistakes of all time... our other assets, Windows, Office, are still very strong... we are a leading company. If we'd gotten that right, we'd be the leading company.
Click to expand...

In fairness to Gates, it was Steve Ballmer who served as Microsoft's CEO between 2000 and 2014. Ballmer infamously laughed off the iPhone, but Apple had the last laugh, as Windows Phone failed to ever gain any significant market share among mobile operating systems and is ultimately being abandoned.


Gates added that there is room for exactly one non-Apple mobile operating system, which is certainly the case as of today. Together, Android and iOS have an estimated 99.9 percent market share, according to research firm Gartner, having squeezed out former heavyweights like BlackBerry and Nokia. 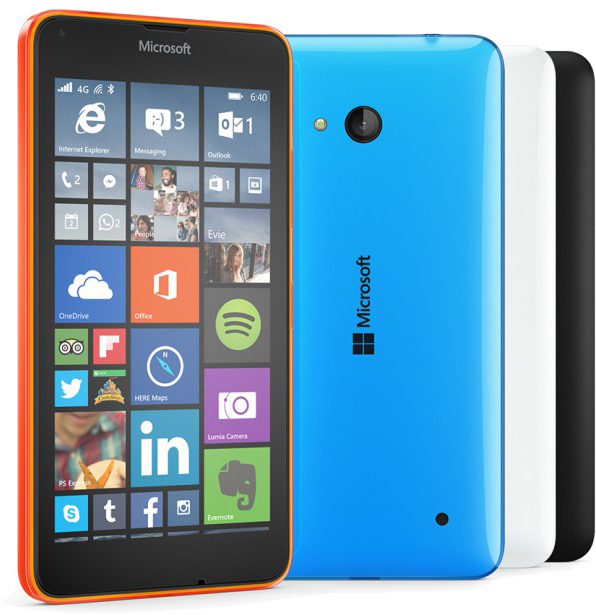 Simply put, Apple upended the industry when it launched the iPhone in 2007, and Microsoft failed to respond. Windows Phone could have been the commoditized mobile platform, as Windows is to Mac, but Android won the battle.

iPhones still being considered the standard, we have to stan
Reactions: cbaca51, pmore, martyjmclean and 4 others

With that idiot Ballmer at the helm, be thankful the whole company wasn't lost.
Reactions: cbaca51, iLoveiTunes, fairuz and 68 others

I admire Bill Gates. He is not speaking in platitudes. He is talking about the tech, not the customer experience. He is not worried about shareholders.
Even better, he probably was only involved at a very high level but yet takes all the blame.
Reactions: MacATDBB, cbaca51, cjgrif and 51 others
B

"it doesn't appeal to business customers because it doesn't have a keyboard"
That gave me a good laugh :')
Reactions: cbaca51, SkippyThorson, TantalizedMind and 26 others

I'm an Apple zealot but I really like what Nadella is doing with Microsoft and I'm glad Ballmer is gone.

Satya opposed Ballmer's misguided Nokia buyout from the start, is leading MS in the cloud, expanding MS's presence in games again and opening up software and development tools like VisualStudio to Linux and Mac. Heck even Flight Simulator is making a comeback! A Microsoft that leans into its strengths is good for the whole tech industry imo.

Also I think Windows Phone was a sleek platform and I'm sorry it didn't take Android's spot as the defacto 'open' OS in the smartphone space. I much prefer straight up Hardware/Software companies like Apple and Microsoft, as opposed to pseudo tech advertising giants like Google.
Last edited: Jun 24, 2019
Reactions: cjgrif, x.marX, iLoveiTunes and 46 others
B

bigjnyc said:
With that idiot Ballmer at the helm, be thankful the whole company wasn't lost.
Click to expand...

Ballmer underestimated the potential for the iPhone when it launched in 2007, what he didn’t realize, it wasn’t about the hardware, it was about the iOS experience that would change the game forever.
Reactions: cocoua, TantalizedMind, AccenT and 18 others
B

Android is just as messy as Windows, so I guess we still got what MS couldn't deliver.
Reactions: fairuz, saytheenay, snek and 23 others

Interesting how he frames it as having lost to Android instead of losing to Android and Apple.
Reactions: sunwukong, Redsep, osx86 and 14 others

I initially followed Nokia onto the WP platform for a time, and at first it actually showed decent promise to offer much of the best of both Android and iOS - unfortunately MS just didn't seem to have their heart in actually getting it up to snuff with the other two, so it just fizzled out.

bbplayer5 said:
Android is just as messy as Windows, so I guess we still got what MS couldn't deliver.
Click to expand...

No, not even close. Android is actually a lot more ‘cleaned-up’ than Windows OS ever was. I mean, have you used Android recently to say that?
Reactions: Dave.UK, dk001, Victor Mortimer and 12 others
S

I had a work phone that was Windows Phone, i thought it was a nice looking OS and it would have been nice if it still existed as a third option. Competition is always good.

jonnyb said:
Interesting how he frames it as having lost to Android instead of losing to Android and Apple.
Click to expand...

Should have apologised for XBox too...ducks..
C

Was all about the UI. Tiles were bad. Sad all around.
Reactions: philryan, Darkwalker, ThomasJL and 6 others
S

Yeah I thought it was a real shame that the windows phone didn’t take off. I thought it had great potential as a phone, and more importantly, the potential to make the windows ecosystem all around a much more complete competitor to Apple’s ecosystem than Google’s chrome+android ecosystem.
Reactions: MrGouda, xpxp2002, jimi78 and 2 others

benshive said:
"it doesn't appeal to business customers because it doesn't have a keyboard"
That gave me a good laugh :')
Click to expand...

In all fairness, a lot of business customers actually did feel that way at the time. I was the first person in my engineering consulting firm to purchase an iPhone, and that was the 3G model a year later. Everyone else was rocking BlackBerries or Palms and thought the iPhone was a glorified toy. It took about another year or two before my coworkers started jumping on the iPhone train en masse.

What few realized at the time was that typing on the screen was actually WAY better than typing on a mini keyboard. Apple was one of the few companies that saw that. Ballmer’s problem is that he was too pig headed to looking to the future and admit the change that was coming.
Reactions: buddhistMonkey, martyjmclean and decypher44

If you look at the screen on the Microsoft phone for more than 5 seconds you will need two Advil to suppress the headache it gives you.
Reactions: philryan, buddhistMonkey, Darkwalker and 5 others

This sucks for Windows users. They could have had their own ecosystem instead now, they don’t have one at all. Want to have “your computer” on the go? You can’t.
Reactions: Kram Sacul, Darth Tulhu and dw808303

At least he is honest about it. Most will point to Ballmer, which is fair, but Bill still had as much pull as he wanted during this time frame. Very true though, Android should be the Windows equivalent to macOS/iOS. They really blew it when it comes to mobile. I have admired their approach recently under the new CEO, but mobile is too far gone at this point.
Last edited: Jun 24, 2019
Reactions: Larryzuluking, alex cochez, buddhistMonkey and 5 others

redman042 said:
In all fairness, a lot of business customers actually did feel that way at the time.
Click to expand...

Textbook case of Steve Jobs' "people don't know what they want until we show them" marketing philosophy.
Reactions: bobob, rudigern, buddhistMonkey and 16 others

iOS and Android are going to be hard to beat, but Huawei's mobile OS might stand a chance if it gets a start with traction in China.