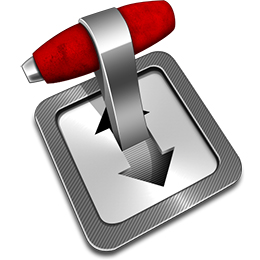 Just five months after Transmission was infected with the first "ransomware" ever found on the Mac, the popular BitTorrent client is again at the center of newly uncovered OS X malware.

Researchers at security website We Live Security have discovered the malware, called OSX/Keydnap, was spread through a recompiled version of Transmission temporarily distributed through the client's official website.

OSX/Keydnap executes itself in a similar manner as the previous Transmission ransomware KeRanger, by adding a malicious block of code to the main function of the app, according to the researchers. Likewise, they said a legitimate code signing key was used to sign the malicious Transmission app, different from the legitimate Transmission certificate, but still signed by Apple and thereby able to bypass Gatekeeper on OS X.

This wouldn't happen if torrent apps were allowed in the App Store.
Reactions: tennisproha, Mascots, Shirasaki and 22 others

Oh wow, so close. Last time I opened Transmission was on the 18th to download some Humble Bundle stuff.
S

utorrent is worse
Reactions: Silencio, c0ppo, jdogg836 and 14 others
P

Said no one. Ever.
Reactions: Silencio, c0ppo, cicuz and 26 others

I'm glad I don't use these types of apps. I don't need the headaches of potentially getting malicious software on my machines.

uTorrent is just as bad, with bundled 'change homepage settings' and the like. Transmission at least don't intentionally do this sort of thing, though boy they need to sort something out.
Reactions: Yonizzle, shadowbird423, djang0 and 1 other person

It's gross that people turn around and use the open source model to their benefit while hurting others. I love being human
Reactions: ikir
L

I use the torrented version of an old version of utorrent (1.8) before the ads came in.. seems to work fine
Reactions: sudo1996 and Luap

Sources say that the armoured gerbil protecting the server room was distracted by a morsel of cheese.
Reactions: tennisproha, CarlJ, shareef777 and 9 others

oh boy
Reactions: You are the One and HailstormX
G

I had that brief moment of panic until I realized it was on installations that were distributed during that time window. So that's me out. I may never update that app again, however...
Reactions: Naaaaak and sudo1996

I use Bit Rocket.

There's tons of bit torrent clients around - I find it odd that everyone congregates around a single one... or ever update it? They're single purpose tools - plug in the torrent you want to download and it downloads.

What a boring internet that would be.

How so? I manage to find all sorts of interesting things to keep me entertained, informed and educated on the Internet without the use of these style apps.
Reactions: 997440

sualpine said:
This wouldn't happen if torrent apps were allowed in the App Store.
Click to expand...

This wouldn't happen if the developers weren't horribly incompetent amateurs.

Sure makes you wonder who's behind these. #ConspiracyTheory.meme
U

keysofanxiety said:
Sources say that the armoured gerbil protecting the server room was distracted by a morsel of cheese.
Click to expand...

You can as easily get malware using any Internet browser, and yet most people posting on these forums seem to be using one.
Unless if by "these types of apps" you mean "apps that can be used to commit copyright infringement," in which case you'll need to stop using your Internet browser, your camera app, and more generally any kind of operating system.
Reactions: milo, Shirasaki and wlossw

Can someone please clarify what is and isn't safe.

For example if transmission automatically updated within this period is it compromised. Or does the download have to be direct from the website using browser?
Reactions: scapegoat81 and AgentMcGeek
M

Transmission is an extremely polished client, so it's rather disappointing that they've managed to get their official builds, distributed from their own website, built with malware twice now. That does not speak well, at all, to how they maintain either their servers or their dev team.

An aside to those ragging on BitTorrent:

First, there are surprisingly enough some legit things that are now distributed primarily or exclusively through BT. I needed to get Transmission running to download ATI's tech demo package recently.

And second, while its obviously heavily abused to pirate content, there is also a huge grey area of technically-not-okay things that don't really fall into the standard bin of piracy. Example: J-dramas. While this has been improving (mostly Crunchyroll and, for K-dramas, Hulu) there are still many, particularly older ones, that have never been licensed or officially released outside Japan, so while there's always the "market poisoning" question if somebody does consider licensing in the future, there's currently no legitimate way to view them if you live in the US, and since there is no official distributor in this country there's also nobody defending the copyrights. Conversely, it's quite likely that if there was no underground scene of fansubbing and distributing J-dramas illegally, there would be almost none of the interest that makes a legit service like Crunchyroll possible.
Reactions: Shirasaki, cicuz, Naaaaak and 8 others