Both 4.7-Inch and 5.5-Inch iPhone 6 Models Reportedly Launching on September 19

A new report [Google Translate] from French site iGen.fr claims Apple may begin selling both of its iPhone 6 models at the same time. According to the report, which is based on the same source who accurately predicted previous Apple product launches, the two models would go on sale starting Friday, September 19. That has been the most widely expected date for the first wave of launches given Apple's previous announcement and launch patterns. 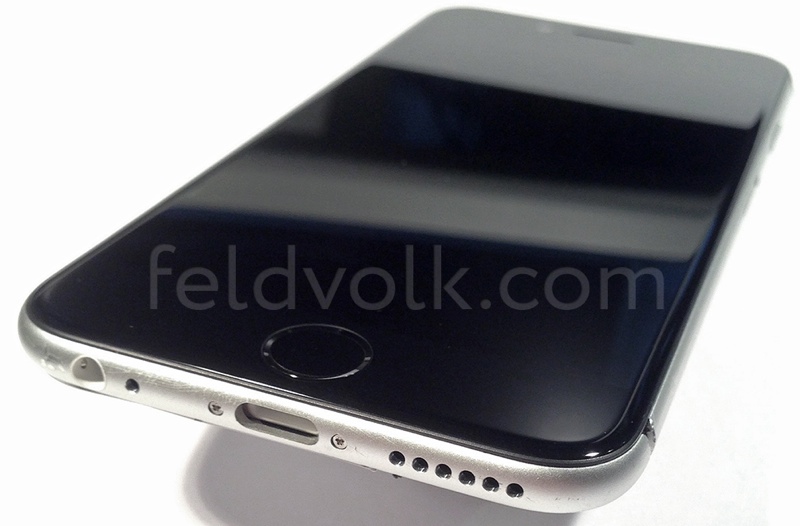 Perhaps in line with a lack of significant leaks of parts for the larger model, a separate source indicates that the 4.7-inch model is likely to be available in higher quantities than the 5.5-inch model. MacRumors has heard similar news from a reliable source, who has indicated that two different iPhone models are incoming with the larger model shipping at only half the rates of the smaller one.

Reports of a simultaneous launch for both iPhone 6 models contradicts some earlier reports, including a recent research note from KGI Securities analyst Ming-Chi Kuo, who believes Apple will stagger the launch of the two iPhone models. According to Kuo, Apple will begin selling the 4.7-inch in September and the 5.5-inch before the end of the year. This staggered launch is attributed to production issues with the 5.5-inch model.

Apple is expected to announce the iPhone 6 tomorrow at a press event being held at the Flint Center in Cupertino. Besides a larger display, the new iPhone may include a faster A8 processor, up to 128 GB of storage, an updated Touch ID and an improved camera module with image stabilization and a round True Tone flash.

Someone go tell the Atheists that a God does exist.
Last edited: Sep 8, 2014
Comment

Great, than I can order both at the same time
Comment

YES! YES! YES! (and, that's what she said)
Comment

I wonder if it will be like last year's launch of the new iPads, when supplies of the mini were tight at first, but quickly ramped up.
Comment

Michaelgtrusa said:
Ok so this wait isn't too bad.
Click to expand...

if it's true. That's the fun of these sorts of reports. They are always full of 'may' 'might' 'perhaps' 'possibly'. That way they are never wrong. No one made a firm statement of anything. If it happens, great. If not, well they never actually said it would
Comment
M

Longest thing that I'll have in my pants.
Comment
G

KPOM said:
I wonder if it will be like last year's launch of the new iPads, when supplies of the mini were tight at first, but quickly ramped up.
Click to expand...

Nice! Even though I am still torn as to which one I would want to buy, at least I'll be able to take a look and make a quick decision. I get the feeling the 5.5 may be the winner!
Comment
C

If they launch both at the same time, I'm definitely going to have a hard time choosing, which doesn't bode well for the preordering, as I'd love to compare both in the hand in the store. Launch day store standing is out of the question for me too. Ah well, I'm still excited!
Comment
D

I'll be out of the country that weekend

Hopefully there will still be stock in the stores when I get back.
Comment

It looks like the iPhone 6 will be my first iPhone (regardless of size). It's time to ditch Android (although there are a lot of positive things about Android and Android-running phones).
Comment

If it really is Sept 19th, those early line waiters are going to smell _fantastic_ by the time they get their phone.
Comment
D

neuropsychguy said:
It looks like the iPhone 6 will be my first iPhone (regardless of size). It's time to ditch Android (although there are a lot of positive things about Android and Android-running phones).
Click to expand...