Casetify, a site that specializes in custom designed iPhone and iPad cases, recently debuted its first Apple Watch accessory -- watch bands that can be personalized with photos or images for a range of custom looks.

Using the site's design feature, or the company's mobile app, users can add photos from their computers, Instagram, or Facebook to create a watch band design. 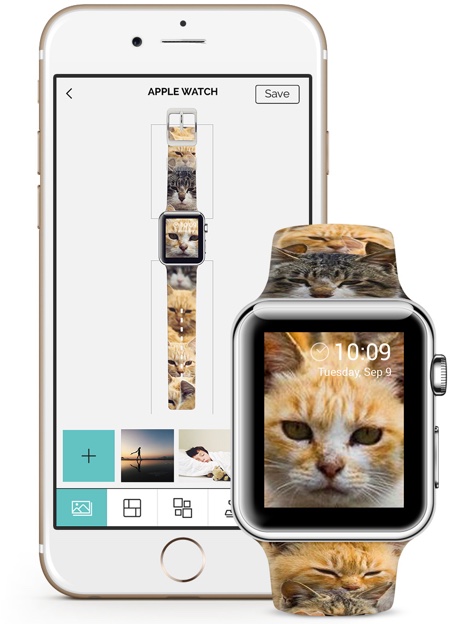 Bands are available in both 38mm and 42mm, to fit both of the Apple Watch casing sizes, and they are constructed from polycarbonate silicone. There are three different layouts to choose from when creating a design, and images added to the band can be enhanced with one of nine filters. Casetify is also offering pre-designed watch bands with a variety of designs. 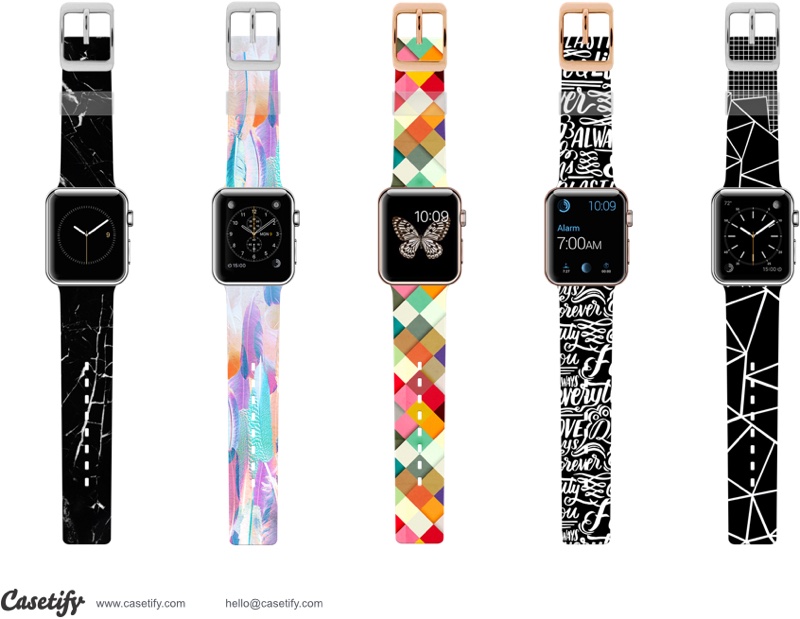 Casetify is accepting pre-orders for custom designed Apple Watch bands, which are priced at $50. Watch bands will begin shipping out to customers in early June.

I guess the watch rumors are all dried up now. What about Apple Watch 2?

Their cases are solid! Interesting to see how the watch bands come out.

Save $10 with your first order here: www.casetify.com

Totally gag me with a spoon.

watch out there. I'm sure some people will come up with some cool and interesting designs.
T

Your avatar suggests you are about to as well!

Heh, lots of fun is going to be had with these!

That cat band is hilarious. And fugly.

The concept looks promising and the price is on par with Apple's bands. Not sure what their quality is, though. Maybe worth checking out.

Hmm, that's cool. I suppose. I wonder how the material is.
H

I think Steve Jobs would have said: "We baked a great cake and now you want to use **** for frosting"

I finally have a reason to buy an Apple Watch.
T

troop231 said:
Your avatar suggests you are about to as well!
Click to expand...

That's too funny when comments and the commenter's avatar actually matches.
I'm all puked out now
C

I can't imagine people thinking... I think I'm going to spend $1000 on a watch... and wreck it with a lame band. I would think these types of bands will not do well. Now if someone were to come along with high quality bands...
R

I'd want one that matched my skin colour, with a hairy look to it, so it looked like the watch is just resting/floating on my wrist
K

Has Apple even said whether it would allow third party straps, or whether they have some design patents that would effectively preclude this?

Articles like this are great at outing people who completely lack imagination.

Damn there are some hideous ones !!
R

KPOM said:
Has Apple even said whether it would allow third party straps, or whether they have some design patents that would effectively preclude this?
Click to expand...

It is not an advertisement.

No. We always identify our promotional arrangements, and we don't post undisclosed paid stories.
Click to expand...

r-m said:
They'll probably come up with a "MFW" (Made For Watch) programme to make some money out of third party strap makers
Click to expand...

I disagree. It appears that they want you to buy the bands from them. Otherwise, they could have used a standard connector like the rest of the industry.

Quality leather or metal bands. No gimmicks. Under a hundred bucks. That's what 3rd parties should be doing. Why on earth would anyone want a watch band with pictures on it.

KPOM said:
Has Apple even said whether it would allow third party straps, or whether they have some design patents that would effectively preclude this?
Click to expand...

While I haven't seen anything indicating one way or the other, there's simply too much money on the table (err, wrist) to not open this up. At some point. Doing so will only bolster the overall ecosystem.

I could see Apple reserving opening until v2 launch. Let the initial flock get out there in all their predetermined/controlled watch band combo goodness. This would allow Apple to establish the platform and set the standard - whilst affording vendors the time to get some truly complain offerings by v2 launch.

Regardless, should be a lot of fun watching the platform/ecosystem mature.


KPOM said:
I disagree. It appears that they want you to buy the bands from them. Otherwise, they could have used a standard connector like the rest of the industry.
Click to expand...

'Cause Apple is known for using industry standards.

Sure, Apple wants you to buy bands from them. At least for the first round. With such a wide range of pricing for their current band offerings, there are a LOT of holes that vendors will eventually fill. At some point, Apple will open it up.