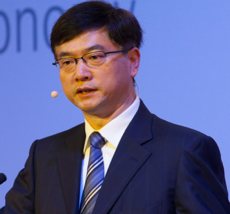 Chinese carriers China Unicom and China Telecom may be receiving the iPhone 5 on December 14, but the nation's largest carrier, China Mobile, has been left out the launch.

Though speculation has targeted China Mobile's network exclusive TD-SCDMA technology as the problem, the company's president says that's not the case.

As reported by Unwired View, China Mobile President Li Yue today said that incompatible network standards are not the only reason why the iPhone 5 has yet to appear on the carrier.

Speaking at 2012 China Mobile Worldwide Developer Conference, when asked about availability of iPhone, he told the audience that "technology is not a problem, [it's] mainly about business model and benefit-sharing issues".
Click to expand...

In May, it was confirmed that China Mobile had been in negotiations with Apple about acquiring the iPhone 5, but thus far those talks have failed to produce results, and today's comment may hint at the reason. It appears that the two companies may be hindered by disagreements over revenue sharing and carrier subsidies rather than technological difficulties.

China Mobile is China's biggest cell phone carrier, with 703 million subscribers. More than 15 million of those subscribers currently use gray market iPhones on the network, which China Mobile supports.

The iPhone 5 has been much anticipated in China. China Unicom began accepting preorders on Monday and received more than 100,000 first day reservations.

I think it is the tec reason imo, just a cover up.

It would help if westerners would quit spying on them.

China should look at what's been done to the Middle East, and be wary of outside "investment".

DisMyMac said:
It would help if westerners would quit spying on them.

China should look at what's been done to the Middle East, and be wary of outside "investment".
Click to expand...

Where's the "not sure if serious" button?

In any case, having had direct experience with Chinese telecom operators, they'll typically want pricing below your cost, then they'll buy a crapton of it, basically wounding you severely.

Then, not too long after that, your designs start to be seen in Chinese competitor's gear.

Then they switch to that "local" vendor.

Does somebody have a spare kidney? I want an iPhone.
D

smithrh said:
Where's the "not sure if serious" button?
Click to expand...

What I read was millions of reasons to invest in more Apple shares.

Imagine Apple profits a year or two from now. They really have a pretty good business.

With China Mobile's 703 million subscribers, an agreement between CM and APPLE would be hugely beneficial to both companies. Enough to make you wonder, who of the two, is in a bigger hurry to make this a 'done deal'.
Last edited: Dec 6, 2012
M

China Mobile has traditionally had a deal with Nokia.

They were a Nokia monopoly for smartphones, supported development of MeeGo, and in return, they shared the revenue from Nokia's handset sales and from its Chinese app marketplace.

Nokia screwed all that up when they went with Windows Phone, abandoned MeeGo and dropped support for their app marketplace - the biggest in China at the time. It was insanity.

Since then, China Mobile has thrown the doors open, eager to recreate the situation that had been so beneficial to both themselves and Nokia. They played vendors off against each other for a new exclusive deal, but Nokia won... because they were desperate and were willing to make any concessions necessary.

The Lumia 920T is now China Mobile's flagship phone - not the iPhone. Depending on how it goes down with consumers, Nokia may regain their China Mobile monopoly, or the carrier might become open to offering multiple "flagship" smartphones.
R

703 million subscribers, out of which 690 million are people with a living standard that would be described as "poverty" in American standard, in a country with a GDP per capita of just 4000 US annual.

With no social security, no free education or health care, people in this country has little disposable income to spend.