Following rumors that Apple is prepping a "Deep Blue" or "Dark Blue" color option to replace the Space Gray color for the upcoming iPhone 7 and iPhone 7 Plus, designer Martin Hajek has created some renderings imagining what such handsets might look like. 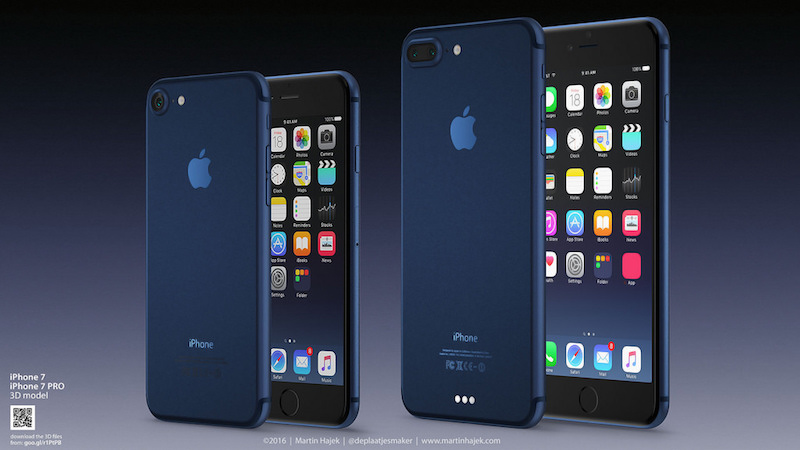 Hajek's renderings reflect myriad rumors pointing towards only minor changes for the 2016 iPhone. When it comes to size and thickness, the iPhone 7 is expected to be almost identical to the iPhone 6s, with some minor antenna band changes. 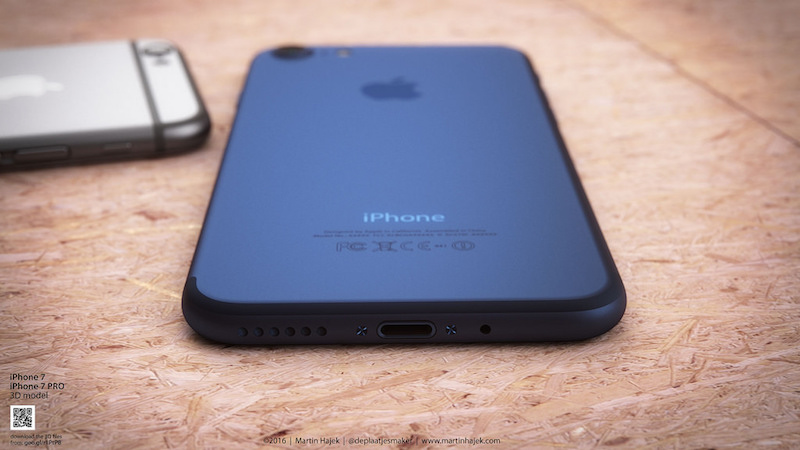 Apple is likely to remove the headphone jack in the iPhone 7, but whether or not the space will be filled with a second speaker is contested. Some rumors suggest dual speakers for stereo audio, but others say the iPhone 7 will continue to sport a single speaker. 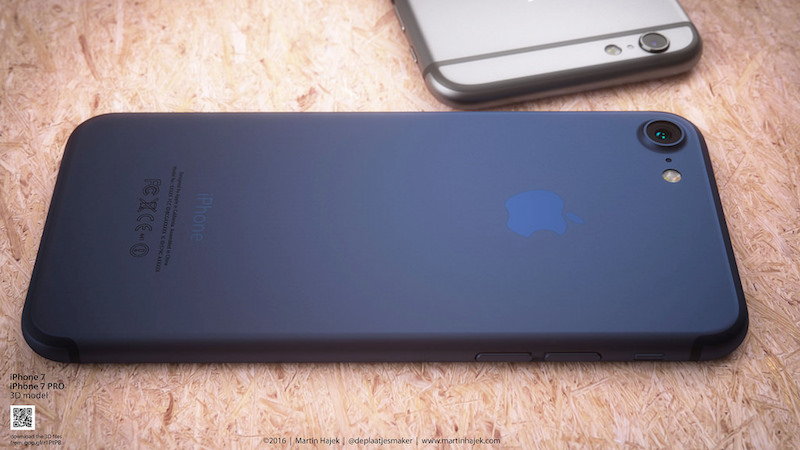 Another design change rumored for the iPhone 7 includes repositioned antenna bands, with the removal of the bands that span across the back of the device. Inside, the iPhone 7 is expected to have an A10 processor and 2GB RAM. 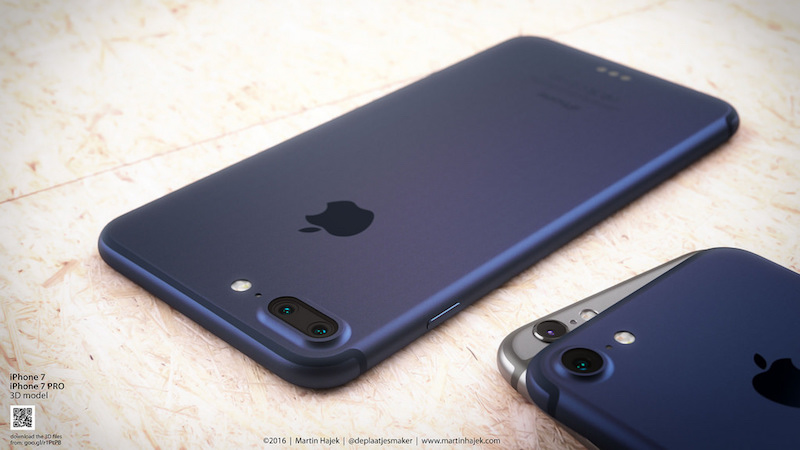 Hajek's iPhone 7 Plus rendering shows the inclusion of a much-rumored dual-lens camera with a protruding, pill-shaped enclosure, as opposed to two separate circular camera openings depicted in some other online renderings. 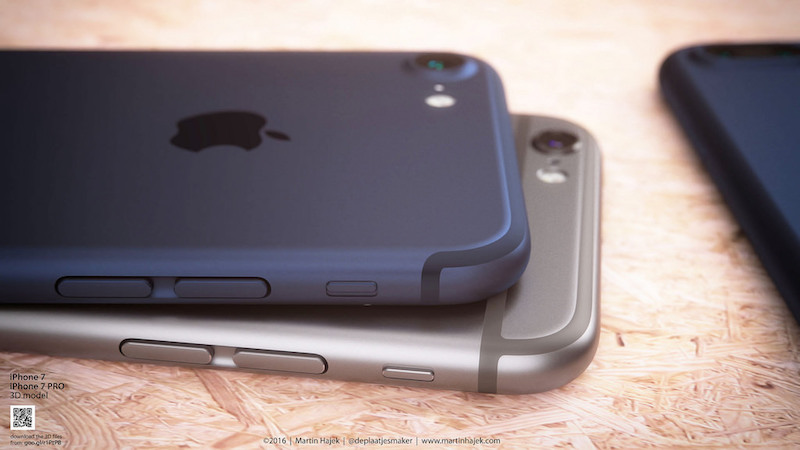 Apple's iPhone 7 and iPhone 7 Plus are expected to launch in September this year.

MacRumors also recently featured some impressive renderings by Hajek of what a next-generation MacBook Pro might look like, complete with rumored OLED touch panel replacing the top row of function keys on the keyboard.

Make sure to check out Hajek's website for the full selection of iPhone 7 concept images.

Article Link: Concept Imagines What a 'Deep Blue' or 'Dark Blue' iPhone 7 Could Look Like

That looks.... nice! Almost too conventional for an Apple colour after all the gold and rose gold options.
Reactions: MaximizedAction, Vanilla35, hybroid and 1 other person
Comment

Nice. But what does it matter? Most of us are going to cover it with a case anyway.
Reactions: yanki01, Jungo, Pattaya and 28 others
Comment
C

At first I thought this rumor was ridiculous, but I think it makes sense if they use a similar color scheme for Dark Mode.

Corporate customers won't be happy to not have the option of Space Gray
Reactions: MaximizedAction, GrumpyMom, JerTheGeek and 4 others
Comment

I like the colour used in the concept. But I'm not mad on the dual lens option (unless Apple find a way to make it look "smarter" somehow) and I don't see them ditching Space Grey either.
Reactions: GrumpyMom and BlueParadox
Comment
H

they wouldn't kill space grey for a blue color. they can kill it for another darker color though. slate? yes
Reactions: GrumpyMom, Sea Bass, JerTheGeek and 3 others
Comment

I quite like it. Would still prefer it in red, but the blue is quite nice.
Comment
C

I still think it is going to be a "Slate" color option and not blue. But under the right light circumstances it could appear as a blue-ish color.
Reactions: cmichaelb, t1meless1nf1n1t and Darrensk8
Comment

Should scratch up nicely. Guess they forgot about the iPhone 5?
Reactions: Vanilla35, Sea Bass, Sandstorm and 4 others
Comment

When it was first reported I was kinda meh, but this looks pretty good so I'll take the meh back
Reactions: GrumpyMom, Avieshek and RowellE
Comment

Almost... Close but no cigar. Kind of like polishing a turd. Lovely finish (at least on this concept), shame about the glaring flaw in the design.
Reactions: Vanilla35, GrumpyMom, Sea Bass and 8 others
Comment
S

I might actually like it... don't know if I'd pick the blue over black when it came time to pay, but we'll see.
Reactions: Avieshek
Comment

allanfries said:
Should scratch up nicely. Guess they forgot about the iPhone 5?
Click to expand...

Not now that they use series 7000 aluminum which is much harder to scratch.
Reactions: t1meless1nf1n1t and Avieshek
Comment

I prefer the space black color from the Watch.

EDIT:
For some reason I'm starting to like this color option too.
How about Apple should make this...