Developer interest in coding third-party apps for Apple TV continues to surge, while interest in the Apple Watch has waned since the start of 2016, according to mobile app developer database Realm. 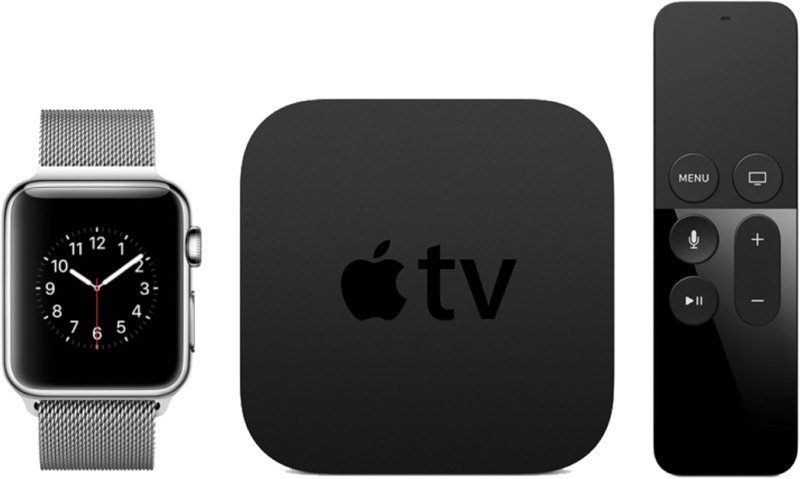 Speaking to Business Insider UK, Realm VP Tim Anglade said that the Apple TV had gained the most interest among developers since the release of the fourth-generation device and the launch of a dedicated App Store in October 2015. Meanwhile, developers have cooled their interest in the Apple Watch, viewing it more as a companion to the iPhone, where coding appeal remains high.

"tvOS is a brand new platform so there's a gold rush for it," said Anglade. "[But] on a weekly basis we're seeing very few Watch apps, compared to iOS apps. For every 1,000 new iOS apps being built, there are 10 tvOS apps and maybe 1 Watch app."

Apple doesn't release separate sales figures for the Apple Watch, but market research suggests the device finished third in the overall wearables market in the first months of 2016, with 7.5 percent market share. Since the launch of the fourth-generation Apple TV, sales of the set-top box have been 50 percent higher than unit sales in 2014.

According to Anglade, there's every chance that coders will flock to the next version of the Apple Watch - expected to be unveiled late this year - in the way they did when the device was first launched, so long as the timepiece offers more opportunities for developers to tap into upgrades and Apple opens up the platform to run independent apps.

Developers originally had limited access to Apple Watch features using WatchOS 1, and were unable to access the gyroscope, accelerometer, NFC, built-in speaker and microphone, and the Taptic Engine of the device. That all changed with the launch of watchOS 2 in September, and as of June 2016, all Apple Watch apps must run natively, rather than rely on the iPhone.

Apple is said to be continuing its work on various health-related sensors that did not make it into the original Apple Watch due to performance problems and inconsistent results. These sensors may be incorporated into the second-generation device following further refinement, although details remain sketchy.

"Apple published a road map, to be able run independent apps, and that's a big deal," added Anglade. Apple is expected to demo the next version of watchOS at its Worldwide Developers Conference in June. Until then, coders seem satisfied to invest the majority of their time and energy on developing for Apple's other platforms.

This doesn't seem unexpected. This has more to do with developers recognizing how users are more comfortable using apps on a TV, desktop and mobile device compared with twisting your head to one side and lifting and twisting your arm when using an app stuck to your wrist. It comes back to user experience.

Saying this, there are a number of undesirable apps that seem to be making their way into all watchOS, iOS, MacOS and tvOS App Stores.
Last edited: May 31, 2016
Reactions: Jimmy James, Oblivious.Robot and Porsupah
P

Well there are none on the Apple Watch... it's mostly a notification device, because of laggy apps.
Reactions: studio¹³¹, daverso, AFEPPL and 4 others
D

kinda obvious. throughout TV users can consume more than through the watches.
Reactions: Radeon85 and recoil80
A

There some big players missing who have apps for samsung smart tvs etc but nothing on apple tv. The problem is how the apps on the apple tv are totally separate from the iOS counterparts. I think some kind of joining the two would help along with a standard games controller and higher end graphics to compete with consoles (plus content).

For me it's a plex box for streaming from my NAS, with all my iTunes movies on that has netflix, youtube and iplayer. I've tried games but without a game pad it's pretty boring.

The TV is still a place that you have to fight for, your kids, or partner want to watch their stuff on it and when you want to use an app on the tv there is no way to just take it back onto your iPad/iphone/mac when your time is up. Airplay works only for video but there must be a better way to have apps on each platform work together and more seamlessly.
Reactions: npmacuser5

Not quite sure why this is the case. All apps now have to run natively. Perhaps it's because Apple Watch isn't powerful enough. Even opening default apps can take a while, this'll change with Apple Watch 2 though, I expect this will change once the device hits our shelves.

plexdk said:
Well there are none on the Apple Watch... it's mostly a notification device, because of laggy apps.
Click to expand...

While I did not expect that many watch apps, I did for the TV....
Given the limited display / functinality of the Watch it was to be expected that most app would have been companion apps, on the AppleTV there are far less limitations, and one expected more stuff for it in one year...

MacRumors said:
Developer interest in coding third-party apps for Apple TV continues to surge, while interest in the Apple Watch has waned since the start of 2016
Click to expand...

Continues to surge? Where's Amazon Prime? Where's Flixster or Vudu? Where's Twitch? Where's Spotify? Yes, interest continues to surge for developers building fireplace apps, but without the big hitters it doesn't matter. There's a limited amount of quality apps being made now for ATV; most are just garbage. Apple doesn't care though, they just report the gross numbers.

When Apple opens up the watch a bit more and adds some new features developers will jump on board surely.
Reactions: BrandonHacks, profmatt, ksnell and 8 others

Obviously there will be massive amounts of negativity surrounding these two newer operating systems. But hopefully, since the groundwork is set with both of them, we will see greatness in both of them within the next 5 years.
Reactions: iPadCary and Steeley

This isn't really surprising since for devs and companies alike it is much more important to get into a persons home, rather than their private individual space. The Apple Watch in principle was meant to be a low profile device, decreasing the amount of times you look at your iphone. The Apple TV is meant as a device purely for consumption and entertainment.

Soon you'll get (hopefully elegant) ads that mimic TV ads. I could imagine Apple starting with full page context aware ads. Or integrating product ads to what you are watching. I'm not supporting this move obviously, but probably will happen if they want to make money.
C

All about screen size baby!
2

the fortune of any platform depends mostly on developers, take out third party apps and the platform slowly dies.
[doublepost=1464688196][/doublepost]

ssong said:
Soon you'll get (hopefully elegant) ads that mimic TV ads. I could imagine Apple starting with full page context aware ads. Or integrating product ads to what you are watching. I'm not supporting this move obviously, but probably will happen if they want to make money.
Click to expand...

let's also consider that any sort of ad will look too obtrusive on a watch
Reactions: gadgetguy03

I did not buy the new generation as it is not good enough. I was really unhappy when they ditched Optical Audio.
I do have Home cinema setup in basement and so far 2gen works pretty well.

I could see myself buying new Apple tv. ONLY
if new codex are supported. H265 is a must.
MKV would be great, but that will never happen.

The average quality of ATV apps is horrible indeed, worse than apps for OSX or iOS. Most games are either retro crap or far from par from whatever is for PS4 and other consoles. Another point is that there are more and more video streaming apps, but these are usually protected via local subscription outside apples eco system. Even more sad is the fact that Apple doesn’t provide for browsers and email clients. Any other useful apps, I have not encountered yet (I have heard that you can side load stuff….).
Reactions: 8692574

pegamoos said:
the fortune of any platform depends mostly on developers, take out third party apps and the platform slowly dies.
[doublepost=1464688196][/doublepost]

let's also consider that any sort of ad will look too obtrusive on a watch
Click to expand...

and let's not forget, extremely violating of ones individual space. I think people will be freaked out by ads on their wrists, as opposed to ads on TVs to which they are used to. Just the sheer thought of that makes me shudder. ugh.
Reactions: Oblivious.Robot, Zirel and 2457248

I did not buy the new generation as it is not good enough. I was really unhappy when they ditched Optical Audio.
I do have Home cinema setup in basement and so far 2gen works pretty well.

I could see myself buying new Apple tv. ONLY
if new codex are supported. H265 is a must.
MKV would be great, but that will never happen.
Click to expand...

MKV and H265 are no problem when you use either VLC or Beamer app, works fine
Reactions: Z400Racer37 and lars666
P

CFreymarc said:
All about screen size baby!
Click to expand...

I was going to say that, the sheer screen size destroys most of the gaming market which seems to be the first port of call for developers, so that'll be the main reason, before you bring any 'politics' into it.
C

Apple TV is a far more exciting platform, the Watch could be as well if it wasn't so closed and restrictive - it's not a platform right now, just a second screen for the iPhone.
Reactions: Zax

Make a circular Apple watch and its sales and developer excitement will soar no matter how [useless, nonsense, rectangular-is-the-right-shape-because-Apple-happened-to-make-its-first-watch-that-way] the Apple watch is.
3

Developer interest in coding third-party apps for Apple TV continues to surge, while interest in the Apple Watch has waned since the start of 2016, according to mobile app developer database Realm.
Click to expand...

All I want is a native Spotify on Apple tv and I would instantly buy it!

Despite this hype, in reality there isn't much going on in reality. The Apple TV App Store isn't great.
Reactions: Rob_2811
M

I thought notifications were the main reason to have an Apple Watch?

Using apps on a 1.5" screen doesn't sound like a fun experience.

So in my opinion... "mostly a notification device" is exactly why I would want an Apple Watch.
Reactions: APlotdevice, citysnaps, Jax44 and 5 others

The biggest problem with the Apple Watch is the high price. Apple needs to address that. Because the watch is not that useful, there is a limit to how much people are prepared to pay for it.
Reactions: Soccertess, motulist, millerlite and 3 others
You must log in or register to reply here.
Share:
Facebook Twitter Reddit Email Share Link
Register on MacRumors! This sidebar will go away, and you'll see fewer ads.
Sign Up
Top Bottom