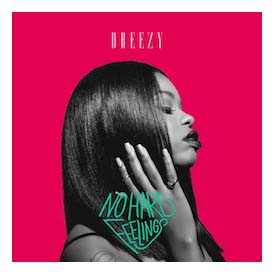 Interscope Records has announced that rising Chicago rapper and songwriter Dreezy's debut full-length album "No Hard Feelings" will be available exclusively on Apple Music in the United States on July 15 before becoming widely available one week later.

"No Hard Feelings" will feature 19 tracks, including singles "Body" ft. Jeremih, which has nearly 13.8 million Apple Music streams, "We Gon Ride" ft. Gucci Mane, and "Close To You" ft. T-Pain. The album is available for pre-order today at iTunes.com/Dreezy.

Apple Music and Beats 1 have had several exclusives since launching last year. Drake's new album "Views" had a similar one-week exclusivity period with Apple Music in April, while Dreezy's single "Close To You" had its "World First" premiere last week on Zane Lowe's Beats 1 radio show. Apple Music was also first to stream Taylor Swift's "1989" album, although without any exclusivity agreement, while Dr. Dre's "The Chronic" has been an Apple Music exclusive since 2015.

Exclusive content is bad. No one wants to have a subscription to Apple Music, Spotify, Amazon's music service, Tidal, and whatever else pops up out there just to hear all the music they like.
Reactions: E.Lizardo, MaximizedAction, seventhedition and 8 others
Comment

Agree, but this is exclusive for one week, not very long to wait.
Reactions: E.Lizardo, mikeray and djgamble
Comment

I have no idea who she is. Is she good?
Reactions: daniel4 and Kiro
Comment
M

penajmz said:
I have no idea who she is. Is she good?
Click to expand...

My thoughts exactly. I've never even heard of her before. Much less do I care about her album being available only on AM a week earlier than Spotify, Tidal, etc.
Reactions: E.Lizardo, Foxmulder17 and one more
Comment

Taking into account the artists who's music has debuted exclusively on Apple Music so far, I've got no worries that I'll miss out on any of my favourite artists by not subscribing to the service.
Reactions: E.Lizardo, PizzaBoxStyle, rutterp83 and 2 others
Comment

penajmz said:
I have no idea who she is. Is she good?
Click to expand...

Welcome to being old, we have been waiting for you.

I also have no idea who she is, did a youtube search and what doI find another wannabe rapper that can't rap. This gen. of rappers all sound bad and the same even the girls.
[doublepost=1467041356][/doublepost]

man3ster said:
Who the hell is dreeze? does anyone really give a damn?
Click to expand...

If you're in to Rap or modern R&B, Apple is probably getting more appealing.

If you're in to any other genre of music, Apple seems to have forgotten you exist.
Reactions: E.Lizardo, Nesto719, PizzaBoxStyle and 2 others
Comment

No idea who she is and too lazy to look her up.
Bring on the MacBook Pro rumors
Reactions: CarpalMac, nburwell, btrach144 and 3 others
Comment
W 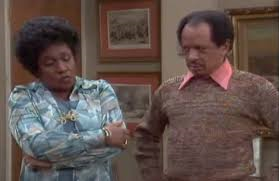 You made a bold statement, two actually, without actual providing an explanation about _why_.

Many people enjoy their subscriptions. As for exclusive content, bad for consumers? Is that what you were thinking?
Comment
C

Admittedly I'm no global reference for anything, but I have never heard of her.
Comment

Loge said:
Agree, but this is exclusive for one week, not very long to wait.
Click to expand...

Yeah I'm fine with short exclusives. Maybe it's just me getting to be more patient with age, but I just don't care as much about getting the new thing right away any more. Maybe because tech isn't advancing as quickly as it used to? The iPhone 6s is the only recent thing I absolutely wanted immediately because I grew to hate my giant 6 Plus. I'm not sure if it's because life is moving so fast now, but it's often a month after something launches that I'll even realize it's out anyway, such as a new video game or album I'm looking forward to or whatever. Just the sheer volume of creative content being produced nowadays is mind blowing and nearly impossible to keep up with. And then there's other things like the iOS betas. I would usually run most betas on my iPhone and iPad over the summer, but with iOS 9 and iOS 10 I just don't care. I need my devices to work well 12 months of the year, not just 9, and don't have time to mess with it. It will be here legit before I know it. I guess welcome to adulthood Duke, lol. For me it took a while to kick in. Had to be married several years, have a kid and own a home. But maybe I'm finally here.

It's funny that so many people here don't know who this musician is. I haven't heard of her either. I wonder if the Mac Rumors demographic is skewing older as the site gets older? Any mods know? I'd love to see the analytics. In 30-40 years it's just going to be all senior citizens trying to figure out their Futurama-esque eyePhone.
Comment

So 5 out of 5 people don't know who she is. Why is this news again?
Reactions: E.Lizardo
Comment

TIL that if macrumors commenters don't know who an artist is, it's dumb and Apple is dumb.

Also, since it's not a MacBook Pro, Apple is doomed.
Reactions: MaximizedAction, mikeray, CPx and 2 others
Comment

Who cares about new music being exclusive for a week. Now the older great pre-2006 music I do care about. Already saw some albums missing from AM that I know were there. Even resubscribed to Play Music only to find them there too which were there last or so month thank goodness I called and got a refund for Play Music.
Comment
M

Why not? It's their work. They can sell it in any way they want to.
Reactions: Zirel, Kaibelf and sinsin07
Comment
J

Why is it bad? Netflix, Amazon, and HBO who have their own exclusive content that requires you to subscribe to their service. I can't watch Game of Thrones without subscribing to HBO.
Reactions: Kaibelf and sinsin07
Comment

For music, yes. It will make people more inclined to piracy.
Other content may be fine. Gaming exclusives especially are awesome. As a PlayStation guy, I love Infamous, Crash Bandicoot, Ratchet and Clank, Sly Cooper,and many others. These platforms could be ruined if they branched out into other consoles. Nobody wants to see Mario on Xbox
Comment
You must log in or register to reply here.
Share:
Facebook Twitter Reddit Email Share Link
Register on MacRumors! This sidebar will go away, and you'll see fewer ads.
Sign Up
Top Bottom