Apple today held its annual September iPhone-centric event, and this year's keynote saw the debut of some of the most impressive devices we've seen from the company in years.

It took Apple two hours to introduce the iPhone X, iPhone 8, iPhone 8 Plus, Apple Watch Series 3 and 4K Apple TV, but we've recapped the entire event in just over five minutes for those of you who would like to get a quick overview of all the announcements.


Subscribe to the MacRumors YouTube channel for more videos.​
The $999 iPhone X was the main event at today's keynote, with the device featuring the most advanced technology ever available in an iPhone. It has an entirely revamped design with an edge-to-edge display and a glass body, plus it features new facial recognition capabilities that replace Touch ID, an A11 Bionic chip, inductive wireless charging, and dozens of other improvements.

Its companion devices, the iPhone 8 ($699) and the iPhone 8 Plus ($799) are also impressive. Though these two iPhones are similar in design to the iPhone 7 and the iPhone 7 Plus and lack facial recognition, they too feature glass bodies that enable wireless charging and an A11 Bionic chip, among other improvements.

Last but not least, Apple introduced the new 4K Apple TV, which features support for 4K HDR streaming. There's a new A10X Fusion processor in the Apple TV, but design wise, it's identical to the fourth-generation Apple TV. Pricing on the new Apple TV starts at $179.

For a complete recap of all of our coverage today, make sure to check out our dedicated recap post, which has links to all of our articles covering new products introduced following today's event.

Now if only they would allow preorders for prepaid customers on Verizon, AT&T and Sprint.
Reactions: spiddyman007
Comment

This is the way to see the announcements, no fluff so no TLDR OR TLDW. Thanks

I think the Apple Watch is worth a look now
Reactions: Arran and montycat
Comment

I’m waiting for the first site to do an “Everything Apple announced in 15 seconds” video.
Reactions: Cmbqwerty79 and Aston441
Comment

But everything was improved and sealed, microscopically.

Repeat as needed: We cracked it, Titan, glucose...
Comment
W

you make couple videos in 4k and 64GB is full in no time.
This is pathetic I do not play this game anymore.
Reactions: Cameroncafe10a, tripmusic, Wide opeN and 2 others
Comment
N

Step 1: People got high expectations.
Step 2: People are underwhelmed by the keynote and complain like crazy.
Step 3: People see the device in real life for the first time. And buy it.
Reactions: CarlJ, imageWIS, macs4nw and 6 others
Comment 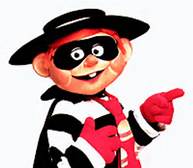 Becareful, Apple. This guy and his pals will pull some magic to get those without paying.
Comment

Apple watch next generation must have face time. that is a must.
Comment

I was working on a similar video, but it's hard to hold the "o" in "Animoji" for five minutes straight.
Comment

Next iphone: 32gb or 512gb
Reactions: Cmbqwerty79 and iLLUMI
Comment
B

So the people on Apple upgrade program have to make September's and October's payments because the release of IPhone X is delayed until 10/27. Thanks Apple for taking approx $83.16 more from me for my 7 plus!!!.
Comment

I loved the "One More Thing" part which i think everyone knew was coming.
Comment

you make couple videos in 4k and 64GB is full in no time.
This is pathetic I do not play this game anymore.
Click to expand...

Heck with 4k. What a waste of space for majority of uses. 1080p is good, heck most of time i use 720p video...
Of course, with the new h265 in iOS 11 maybe I will switch, but for now the space premium isnt worth it, seriously.
Reactions: jjhny and Prime Mover
Comment

Bardin said:
So the people on Apple upgrade program have to make September's and October's payments because the release of IPhone X is delayed until 10/27. Thanks Apple for taking approx $83.16 more from me for my 7 plus!!!.
Click to expand...

Frankly... Not impressed with prices.

Apple Watch I'd be looking for three or more days charge before needing to be recharged again before purchase. I don't have an interest in the cellular version.
Comment

When Federighi entered the passcode was that because the face id didn't work or was it a deliberate joke or some other reason?
Comment

mikecorp said:
This is pathetic I do not play this game anymore.
Click to expand...

inscrewtable said:
When Federighi entered the passcode was that because the face id didn't work or was it a deliberate joke or some other reason?
Click to expand...

Hmmm - some interesting things but not enough to make me spend my money at this point. A bit overpriced in a saturated market.
Comment

inscrewtable said:
When Federighi entered the passcode was that because the face id didn't work or was it a deliberate joke or some other reason?
Click to expand...

They forgot to do the first unlock after reboot, which always require a passcode, or phone crashed and rebooted at some point while it was waiting to be presented.
Reactions: Cmbqwerty79
Comment
U

Why are we being ripped off so badly?
Comment