Facebook today held a live event to talk about the "metaverse," aka the virtual and augmented reality evolution of social technology in the future, and as part of the presentation, Facebook CEO Mark Zuckerberg announced a new name for the company. 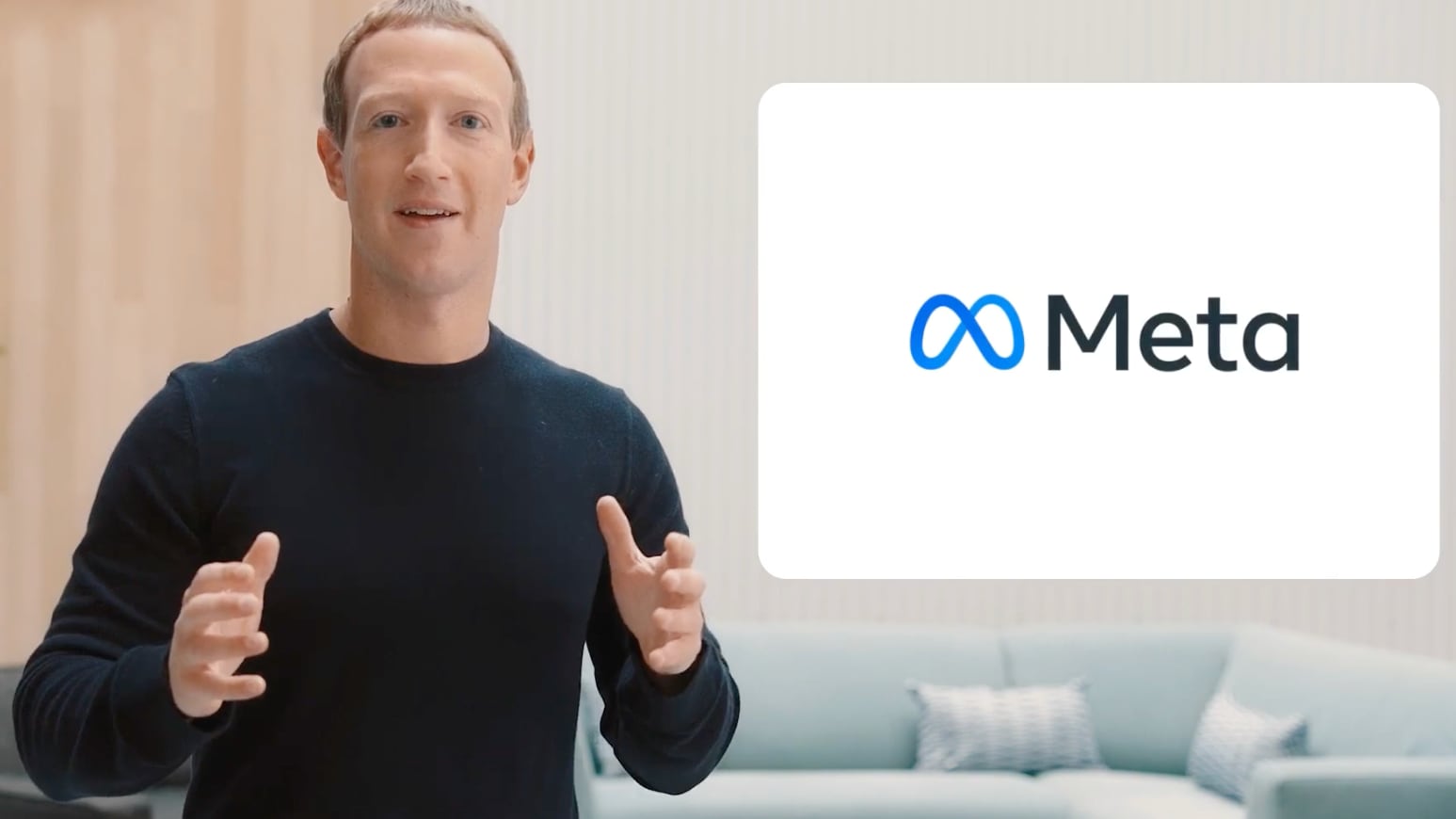 Zuckerberg said that the Facebook brand is too limited to represent what the company wants to do in the future. The new name and brand will represent Facebook's apps and its evolving work on augmented and virtual reality products. The name is meant to "reflect who we are and what we hope to build," Zuckerberg said. "Over time, I hope we are seen as a metaverse company."

"From now on, we're going to be metaverse first, not Facebook first," said Zuckerberg. "I hope that people come to know the Meta brand and the future that we stand for."

I guess “Big Brother” was taken?
Reactions: firesoflife, mactracker75, EndersShadow and 197 others
R

Meta(data) because they keep everything about you…..
Reactions: mactracker75, EndersShadow, justperry and 179 others

Just when I thought Facebook couldn't get any creepier.... yikes
Reactions: EndersShadow, Borin, TheMountainLife and 97 others
M

Latin for "A Cancer on Society'...
Reactions: mactracker75, EndersShadow, justperry and 103 others

lipstick on a pig.
Reactions: mactracker75, halledise, EndersShadow and 102 others

"but don't worry, we will continue to f*ck up your personal data"
Reactions: EndersShadow, a_f, JetLaw and 34 others
M

I hope they lose trademark cases due to being to generic like windows has an issue with way back when.
Reactions: gatortpk, valleian, ThunderSkunk and 11 others

I'm so hyped for the future of AR/VR. The tech is moving at such a fast progress it's going to feel like magic in just a few years from now.
Reactions: eroyce, JetLaw, g-7 and 10 others

Going to Meta Push them out of my daily life.

I mean the name change kinda worked for Phillip Morris, so why shouldn't facebook try it?
Reactions: B4U, DeepIn2U, york2600 and 10 others

Scary. Should have gone with Fiendbook.
Reactions: EndersShadow, Objectivist, B4U and 14 others

This joke is.
Reactions: true god, york2600, sfkeepay and 4 others
Z

Let's hope this is the beginning of the decline of Facebook as we know it.
Reactions: mactracker75, Tim Apple’s Glasses, EndersShadow and 30 others

I remember someone wearing a black long sleeve every event. Now, who was that??
Reactions: true god, york2600, t1meless1nf1n1t and 5 others
F

Who cares, Mr. Robot?
Reactions: ^^BIGMac, Objectivist, trparky and 10 others

L to the O L
Reactions: a_f, 76Nico, dickwellington and 9 others
D

elongated orbit between inspiration and insanity

Macrumors needs to custom code a form that lets you like something more than once just for comments like this!!!
Reactions: a_f, theroaringbadger, DEXTERITY and 5 others