The Information has published an in-depth look at how Siri has transitioned from one of Apple's most promising technologies into a "major problem" for the company. The article includes interviews with a dozen former Apple employees who worked on the various teams responsible for the virtual assistant. 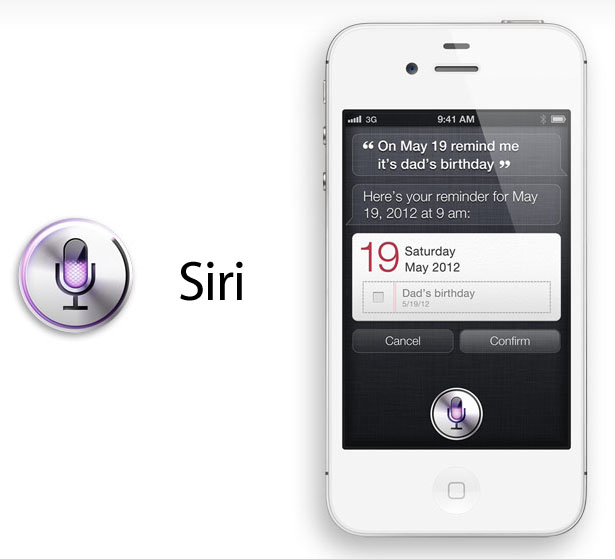 The report claims that many of the employees acknowledged for the first time that Apple rushed Siri to be included in the iPhone 4s before the technology was fully ready, resulting in several internal debates over whether to continue patching up the half-baked product or start from scratch.

Siri's various teams morphed into an unwieldy apparatus that engaged in petty turf battles and heated arguments over what an ideal version of Siri should be--a quick and accurate information fetcher or a conversant and intuitive assistant capable of complex tasks.
Click to expand...

The team working on Siri was overseen by Apple's then iOS chief Scott Forstall, but his attention was reportedly divided by other major projects, including the upcoming launch of Apple Maps. As a result, Forstall enlisted Richard Williamson, who was also managing the Apple Maps project, to head up the Siri team.

According to the report, several former employees said Williamson made a number of decisions that the rest of the Siri team disagreed with, including a plan to improve the assistant's capabilities only once a year.

Williamson, in an emailed response to the report, wrote that it's "completely untrue" that he decided Siri shouldn't be improved continuously.

He said decisions concerning "technical leadership of the software and server infrastructure" were made by employees below his level, while he was responsible for getting the team on track.

"After launch, Siri was a disaster," Mr. Williamson wrote. "It was slow, when it worked at all. The software was riddled with serious bugs. Those problems lie entirely with the original Siri team, certainly not me."
Click to expand...

Forstall and Williamson were both fired by Apple in 2012 following the botched launch of Apple Maps on iOS 6. The former employees interviewed said they lamented losing Forstall, who "believed in what they were doing."

Another interesting tidbit is that the Siri team apparently didn't even learn about the HomePod until 2015. Last year, Bloomberg News reported that Apple had developed several speaker prototypes dating back to 2012, but the Siri team presumably didn't know due to Apple's culture of secrecy.

In a sign of how unprepared Apple was to deal with a rivalry, two Siri team members told The Information that their team didn't even learn about Apple's HomePod project until 2015--after Amazon unveiled the Echo in late 2014. One of Apple's original plans was to launch its speaker without Siri included, according to a source.
Click to expand...

The report says that Siri is the main reason the HomePod has "underperformed," and said Siri's capabilities "remain limited compared to the competition," including Amazon Alexa and Google Assistant.

The most notable failure in Siri's evolution is that it still lacks the third-party developer ecosystem considered the key element of the original Siri vision. Apple finally launched SiriKit in 2016 after years of setting aside the project and shifting resources away to other areas. [...]

But SiriKit has yet to fulfill its promise. So far it includes just 10 activities--Apple calls them "intent domains"--such as payments, booking rides, setting up to-do lists and looking at photos. Several senior engineers who worked on SiriKit have left Apple or moved off the project.
Click to expand...

Some former employees interviewed noted that "while Apple has tried to remake itself as a services company, its core is still product design."

Apple responded to today's report with a statement noting Siri is "the world's most popular voice assistant" and touted "significant advances" to the assistant's performance, scalability, and reliability.

"We have made significant advances in Siri performance, scalability and reliability and have applied the latest machine learning techniques to create a more natural voice and more proactive features," Apple wrote in its statement. "We continue to invest deeply in machine learning and artificial intelligence to continually improve the quality of answers Siri provides and the breadth of questions Siri can respond to."
Click to expand...

The full-length article is a worthwhile read for those interested in learning more about Siri's internal struggles and shortcomings.

The Information: The Seven-Year Itch: How Apple's Marriage to Siri Turned Sour

I’ve said it before and I’ll say it again: Siri does what I NEED, not always what I WANT.

Actually, hardly ever what I REALLY want.

AND, again, Siri, why can’t I say, “Turn off the kitchen light and the dining room light?”

Significant advances? Siri seems about the same since its launch...
Reactions: 73CortinaV8, Precursor, WitneySi and 79 others

Best Line in the article:

"Those problems lie entirely with the original Siri team, certainly not me"

LOL thats the attitude for effective teamwork!
Reactions: jeremiah256, WitneySi, Mascots and 103 others

Almost got an internship with the Siri team; their loss.
Reactions: Romy90210, Avieshek, Marekul and 3 others
T

Regime2008 said:
Significant advances? Siri seems about the same since its launch...
Click to expand...

Well they changed her from a wavy bar to a bunch of floating colors in a circle..that took.. Courage!
Reactions: LiveM, dan110, Tlingit and 40 others

MacRumors said:
...resulting in several internal debates over whether to continue patching up the half-baked product or start from scratch.
Click to expand...

I can't help but think that starting from scratch might still be the best option...
Reactions: TheFluffyDuck, canyonblue737, MrX8503 and 45 others

Tim would rather virtue signal. Or sing carpool karaoke than do the visionary thing.

His background is making a supply chain work. Not very helpful for envisioning the future.
Reactions: LiveM, TheFluffyDuck, Objectivist and 61 others

SiriKit is a joke. Until they allow you to control 3rd party music services with Siri, it's useless to me. If I'm going to send money or hail an uber, I'm going into the actual app for that.
Reactions: jeremiah256, nia820, Jynto and 22 others
N

Regime2008 said:
Significant advances? Siri seems about the same since its launch...
Click to expand...

Lol, it sure does seem like it. She may have a better looking UI, but it hasn't advanced as much as it possibly could.
Reactions: dan110, rfrmac, Sandstorm and 11 others

Anyone who has ever used Google Assistant knows how crappy and inferior Siri is. It's a SHAME!
Reactions: amsquires83, TheFluffyDuck, nia820 and 37 others
N

RedGala said:
Almost got an internship with the Siri team; their loss.
Click to expand...

They need a partner for Siri to be good, but alas the battle lines have been drawn.
Reactions: tyasjs and Avieshek

andromedaan said:
Anyone who has ever used Google Assistant knows how crappy and inferior Siri is. It's a SHAME!
Click to expand...

Alexa too. I will often ask Alexa questions and the same question to Siri and 90% of the time, Siri can't answer it. Sadly, Apple must not realize that there's more we'd want to ask Siri than "Is it raining outside" or "how do I get to California Pizza Kitchen."
Reactions: 73CortinaV8, Jynto, Sandstorm and 23 others
4

The way I see Siri is that does lack in some areas and Google and Alexa are significantly better in deciphering and dictation.

But personally the way I use Siri is for simple tasks and basic questions. I really don’t use Siri for anything advanced that would prohibit my experience otherwise. It does exactly what I need it to and I use it for dictation all the time, Which is fairly accurate.

Where I find most uses for Siri more conveniently is with my Apple Watch, AirPods and it works really well for the HomePod. That’s all I could ask for at this point. But there’s always room for improvement, which should be a goal.
Reactions: Uofmtiger, tyasjs, seanrt and 7 others
J

With a piece of hardware on the market now that relies on Siri, hopefully Apple will start taking it a little more seriously.
Reactions: tyasjs, Avieshek, Bsgreubel and 9 others

Multiple timers might be useful for cooking, but otherwise it's decent at making reminders, dictating patient notes, replying to email/SMS etc... If you know what it's reliable at and forget using it for anything else it's decent. If you don't have to use your device hands free then it's kinda slower than what you can manually do most of the time anyway.
Reactions: orbital~debris and johnnygee
D

andromedaan said:
Anyone who has ever used Google Assistant knows how crappy and inferior Siri is. It's a SHAME!
Click to expand...

Or Alexa for that matter. I agree. It's a shame.
Reactions: 73CortinaV8, dan110, Sandstorm and 8 others

"Those problems lie entirely with the original Siri team, certainly not me"

LOL thats the attitude for effective teamwork!
Click to expand...

Yeah, it certainly reads like the underlying problem in the team, is teamwork. Perhaps leadership issues, perhaps culture and environment, perhaps just the people combination.. but certainly people factors rather than technological factors appear to be the biggest challenge.

This may reflect on Apple's internal culture more broadly. Clearly this is a company with unlimited cash, and world-class marketing skills, but if there is a problem in the team.. with leadership.. with strategic vision.. with cultural philosophies.. it would explain some of the mis-steps that we've seen Apple take, that see them losing ground to other kids on the techie block.
Reactions: jeremiah256, dan110, JSt83 and 8 others
A

​
Apple responded to today's report with a statement noting Siri is "the world's most popular voice assistant" and touted "significant advances" to the assistant's performance, scalability, and reliability.The full-length article is a worthwhile read for those interested in learning more about Siri's internal struggles and shortcomings.
Click to expand...

Apple's response is indicative of the corporate culture that has emerged under Cook's "leadership" - way too much corporate speak obfuscating the reality.
Last edited by a moderator: Mar 14, 2018
Reactions: 73CortinaV8, WitneySi, Tlingit and 16 others
B

Some say that Siri does enough. Others say not enough. I agree with the latter group.
For as long as it's been around, it's surprising how limited it still is.
Reactions: jeremiah256, Sandstorm, Romy90210 and 9 others
A

MacRumors said:
Apple responded to today's report with a statement noting Siri is "the world's most popular voice assistant" and touted "significant advances" to the assistant's performance, scalability, and reliability.​
Click to expand...

What a complete BS response from Apple. They should've just said nothing. Siri is the 'world's most popular voice assistant'? There are far more Android devices in use around the world today than iOS devices. Way to repeat an old, tired talking point that was actually accurate in 2011 when the iPhone 4S launched.
Reactions: Sandstorm, sunwukong, Romy90210 and 23 others
G

My iPhone must be better than anyone else’s. I find Siri very useful and the things people claim they like the others for seem silly to me.
Reactions: tyasjs, jimbobb24, jjm3 and 2 others
O

Scott Forstall bought Siri, so The New Apple put it in the freezer, typical corporate behavior regarding internal problem. But this time being late at Asistant AI will cost Apple a lot, a lot!
Reactions: dan110, Sandstorm, Avieshek and 5 others
You must log in or register to reply here.
Share:
Facebook Twitter Reddit Email Share Link
Register on MacRumors! This sidebar will go away, and you'll see fewer ads.
Sign Up
Top Bottom