Found a Lost AirTag? Here’s What to Do

Apple's AirTag item trackers are designed to let users track their everyday possessions, such as keys, wallets, backpacks, and so on. If you find an AirTag that's been separated from its owner, here's how you can safely return it to them. 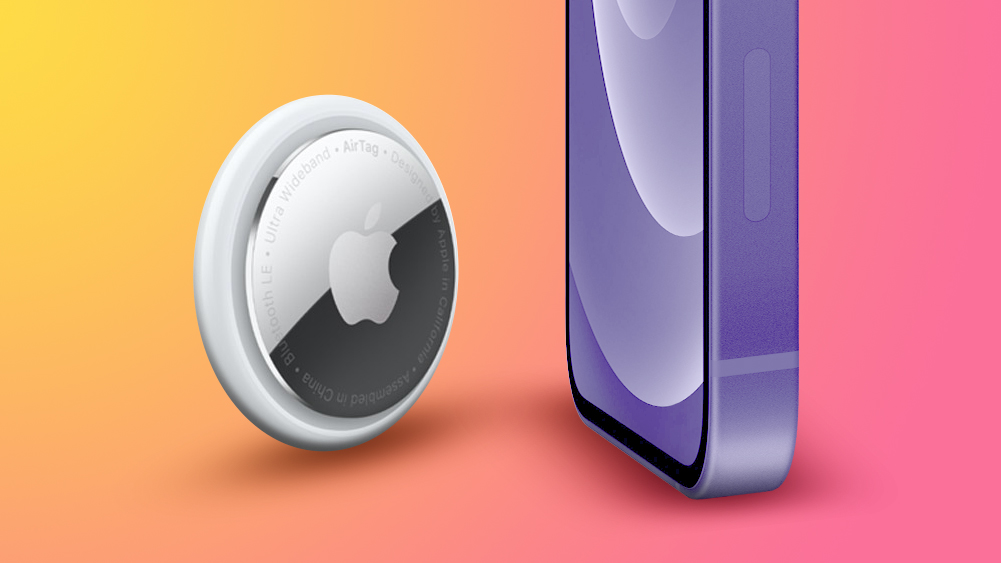 AirTags‌ can be tracked by their owners in Apple's ‌Find My app‌, which uses Bluetooth and other Apple devices to locate them. However, if an AirTag isn't nearby and there are no Apple devices in the area in which it's located, ‌‌Find My‌‌ can only tell the owner where it was last seen on the map.

In such cases, the AirTag owner can put it in Lost Mode, which allows anyone with an iPhone or Android device that has NFC to help return the AirTag to them. Even if an AirTag isn't in Lost Mode, if it's been separated for a period of time from its owner then it will make a sound to alert anyone nearby.

If you come across an AirTag and you have an NFC-equipped device, here's what you can do to get it back to its rightful owner.
AirTags can only be used to track items via an iPhone or iPad with the Find My app. Apple sells individual AirTags for $29 or a pack of four for $99. For more details on AirTag item trackers, check out our dedicated guide.

Article Link: Found a Lost AirTag? Here’s What to Do

MacRumors said:
AirTags can only be used to track items via an iPhone or iPad with the Find My app.
Click to expand...

Why not with the Find My on the iCloud website?
Reactions: DesignTime, DarthDon, mono1980 and 1 other person
M

That is still called Find iPhone, not Find My, so they clearly have not updated the functionality of the web app, which is a shame.
Reactions: Seifensieder, arn and DarthDon
N

I assumed that when you put an AirTag into 'Lost Mode' it would notify any nearby iPhones that it's nearby & lost, but this isn't the case.

They have to actually *see* the AirTag and then use their NFC reader to get the details. The only thing 'Lost Mode' appears to do is allow you to display a phone number (the message thing doesn't work for me) for the person who does scan it.

So it makes no sense whatsoever to hide an AirTag if you expect someone to help get it back to you. They need to be able to see it so they can scan it.
Reactions: arn and chabig
E

There are gonna be lots of people finding little beeping discs, having no idea what they are or how to deal with them, and shouting to everyone around them to evacuate the building immediately.
Reactions: rjohnstone, no_idea, IslandLife and 3 others

How, Exactly??
Would seem like a huge bulge in there.
G

I sometimes wonder about these flurry of 'how to' posts being on the front page of what is a 'rumors' site. I get that there is a place for this, just like there is a buyer's guide.. but isn't this more like a guide? If only there was a guide section...
Reactions: ScreenSavers

Doesn’t work when use my iPhone 8 Plus. Hold the airtag to the phone and nothing happens 🤷🏻‍♂️
Reactions: JosephAW

If this can be done with something as inconsequential as an AirTag, why can't this work for iPhones, iPads,  Watches, etc????
Reactions: Halikaarn

sh20 said:
that’s what she said
Click to expand...

How do you know it wasn't a he who said it?
Reactions: Jakuta, MacCheetah3, newyorksole and 2 others
P

Should I put an AirTag on an AirTag I really don't want to lose ?
N

erinsarah said:
There are gonna be lots of people finding little beeping discs, having no idea what they are or how to deal with them, and shouting to everyone around them to evacuate the building immediately.
Click to expand...

I doubt it. I suspect it will be more like a smoke detector with a flat battery - only chirps occasionally. How occasionally will be up to Apple and I'm sure we'll find out soon as people start testing it.

And they only start chirping when away from their 'owner' *IF* they've moved location.

Either ignore it or kick it into the nearest sewer grate? Got it.
Reactions: Oblivious.Robot, sjalfr and Halikaarn

because the joke is from The Office and it’s “that’s what she said”. Try your virtue signalling elsewhere
Reactions: rjohnstone, Oblivious.Robot, sparkinstx and 3 others
J

I thought based on previous discussion the answer was give it to a child to play with.

As much as an NFC logo would look stupid, I think it be useful for the AirTags. Not many people outside of iPhone users are going to know what the heck this thing is.
D

I can’t wait until the world is littered with lost AirTags. Apple creating trash faster than ever.
Reactions: Seifensieder
M

I get the point of this article but the Airtags were just introduced 2 weeks ago and orders just rolled in this week. What is the likelihood that anyone will lose an Airtag that someone will find and know what the heck it even is? All anyone will see is an Apple logo and may think it's a trinket. Way too early to expect people to find Airtags and if they are for the most part supposed to be on a keychain then the chances of loss should be extremely minimal making it even far less of a chance of anyone finding them. LOL.
M

DesignTime said:
I can’t wait until the world is littered with lost AirTags. Apple creating trash faster than ever.
Click to expand...

If the WORLD gets littered with lost Airtags that says a lot more about the careless idiots who lose them. It's not Apple's fault at all. Funny how you would blame Apple. SMH.
A

non apple fans will be like, "wth is this?"
A

DesignTime said:
I can’t wait until the world is littered with lost AirTags. Apple creating trash faster than ever.
Click to expand...

but they claim not including a charger saves trash. yet if you dont have the charger, one has to buy one with additional packaging. its all about revenue. they dont give 2 💩's about trash
M

You don't have to be an Apple fan to know what these are. I'm not a Tile fan and I know what they are. And to go a bit further I'd argue even within the next year there will be a great deal of "Apple fans" that do not know what Airtags are.
You must log in or register to reply here.
Share:
Facebook Twitter Reddit Email Share Link
Register on MacRumors! This sidebar will go away, and you'll see fewer ads.
Sign Up
Top Bottom