Hands-On With the New iPad Mini 6

Apple last week launched an updated version of the iPad mini, which has been entirely overhauled with an iPad Air-like design. The new mini is basically a smaller version of the iPad Air, and we thought we'd check it out and share first impressions after 48 hours with the little tablet.


Subscribe to the MacRumors YouTube channel for more videos.​
With an 8.3-inch display, the iPad mini has a bigger screen size than ever before, but it's actually a touch less tall than the prior-generation version thanks to much slimmer bezels and the removal of the Home button. 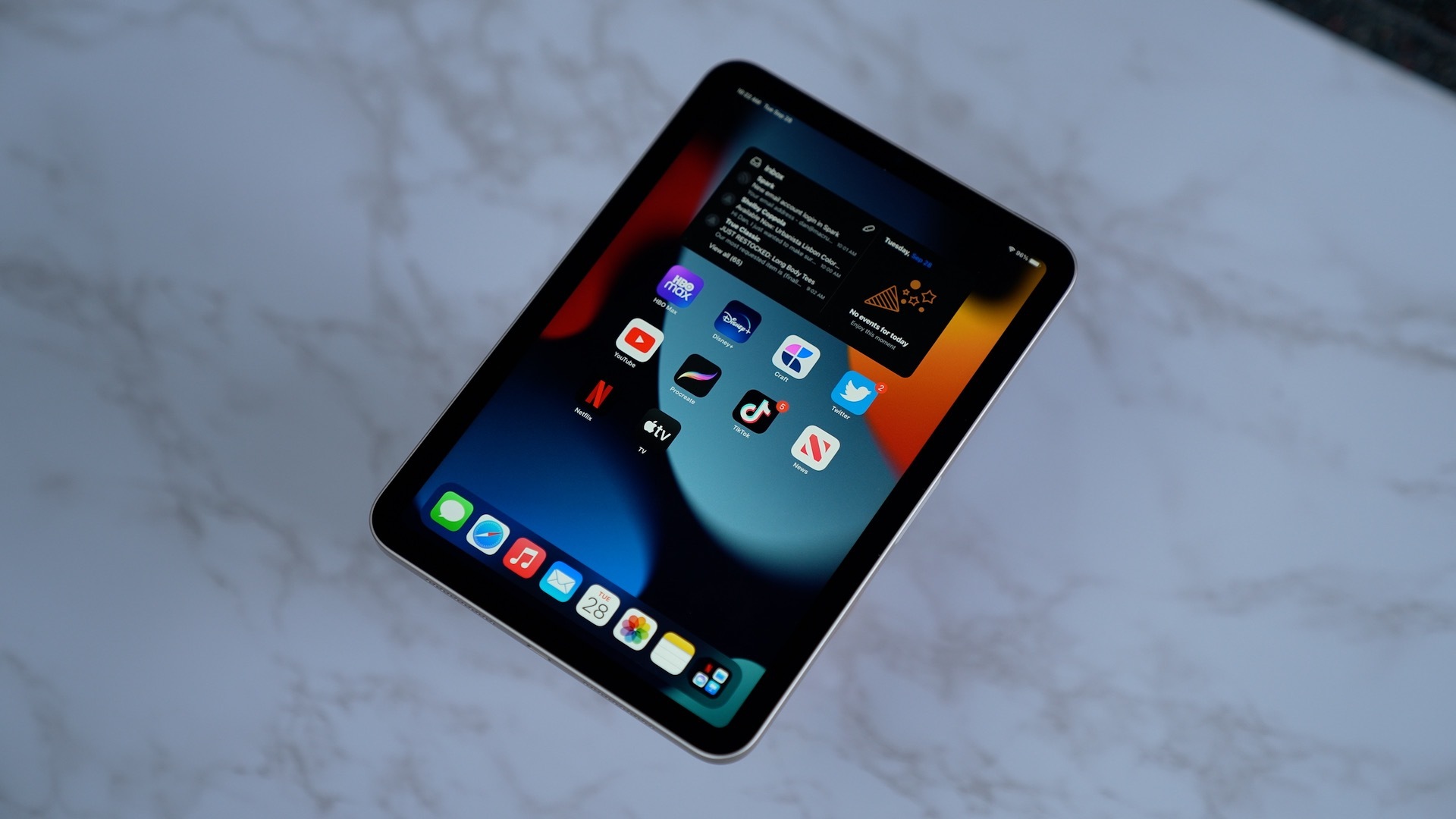 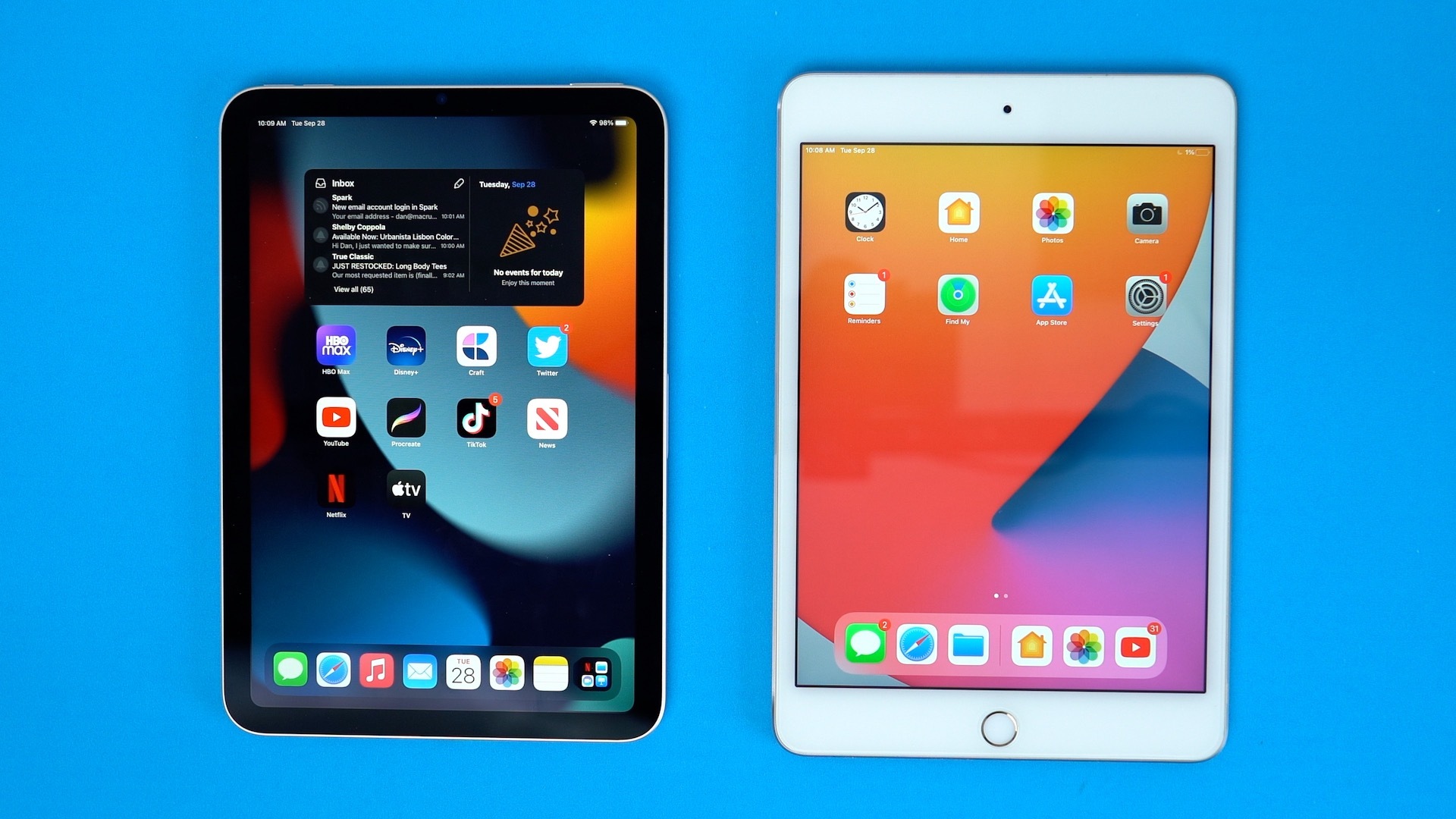 Design wise the iPad mini also looks like a little version of the iPad Air with the same squared-off edges, plus it adopts USB-C, which is useful if you want to connect peripherals or charge using the same cable you use for your MacBook. Apple also made the iPad mini 6 in new colors like pink, purple, starlight (a silver/gold) and space gray. 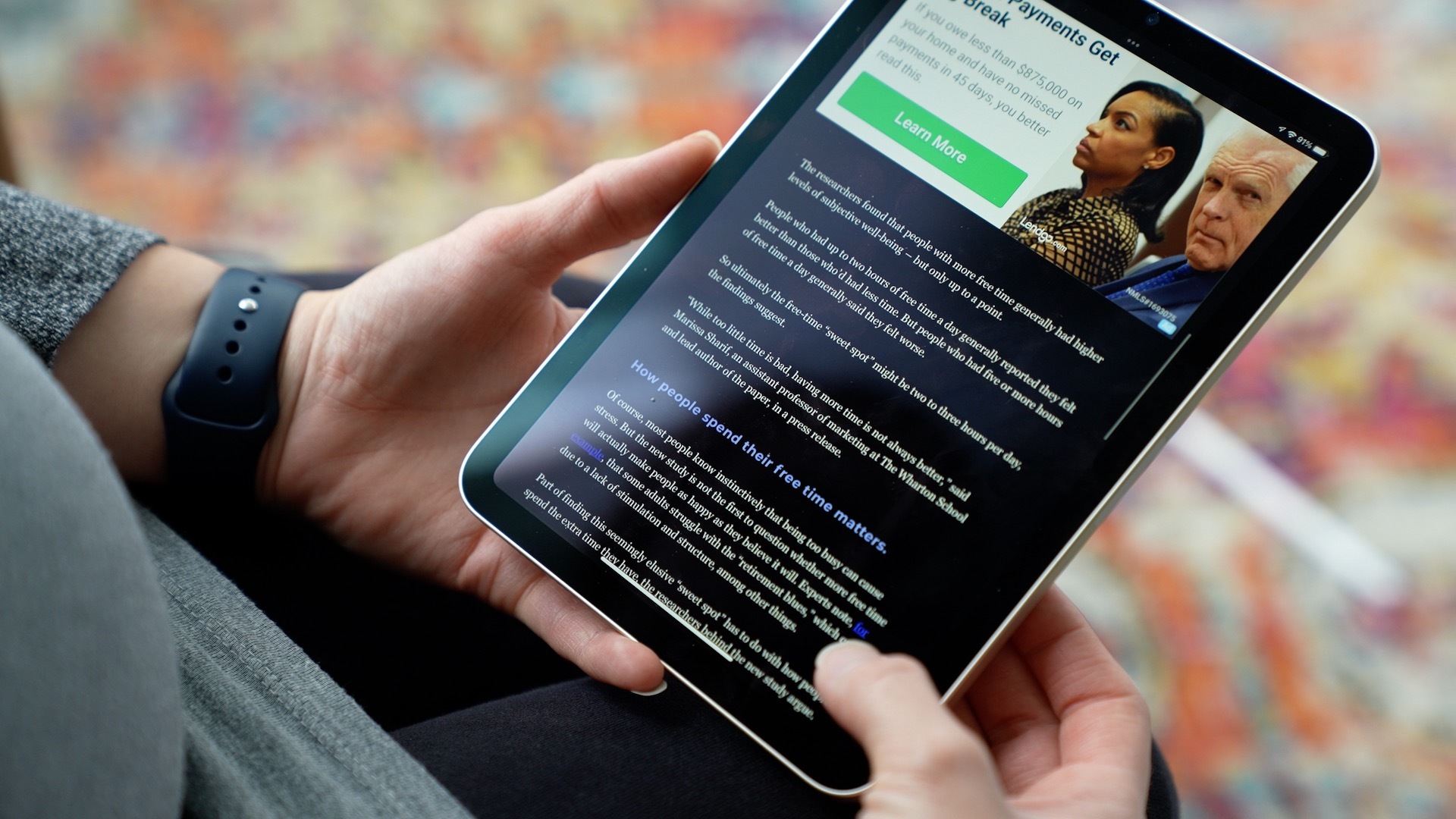 The size and weight of the iPad mini feel great in the hand, and it's the perfect size for reading or playing games on the go. It's equipped with the same A15 chip that's in the iPhone 13 Pro, with 5-core GPU included, so it's second in speed only to the M1 iPad Pro.

If you're used to devices like the iPad Pro or even the new iPhone 13 Pro, the iPad mini's display might disappoint. It's not mini-LED like the iPad Pro and it doesn't support ProMotion so there are no 120Hz refresh rates. 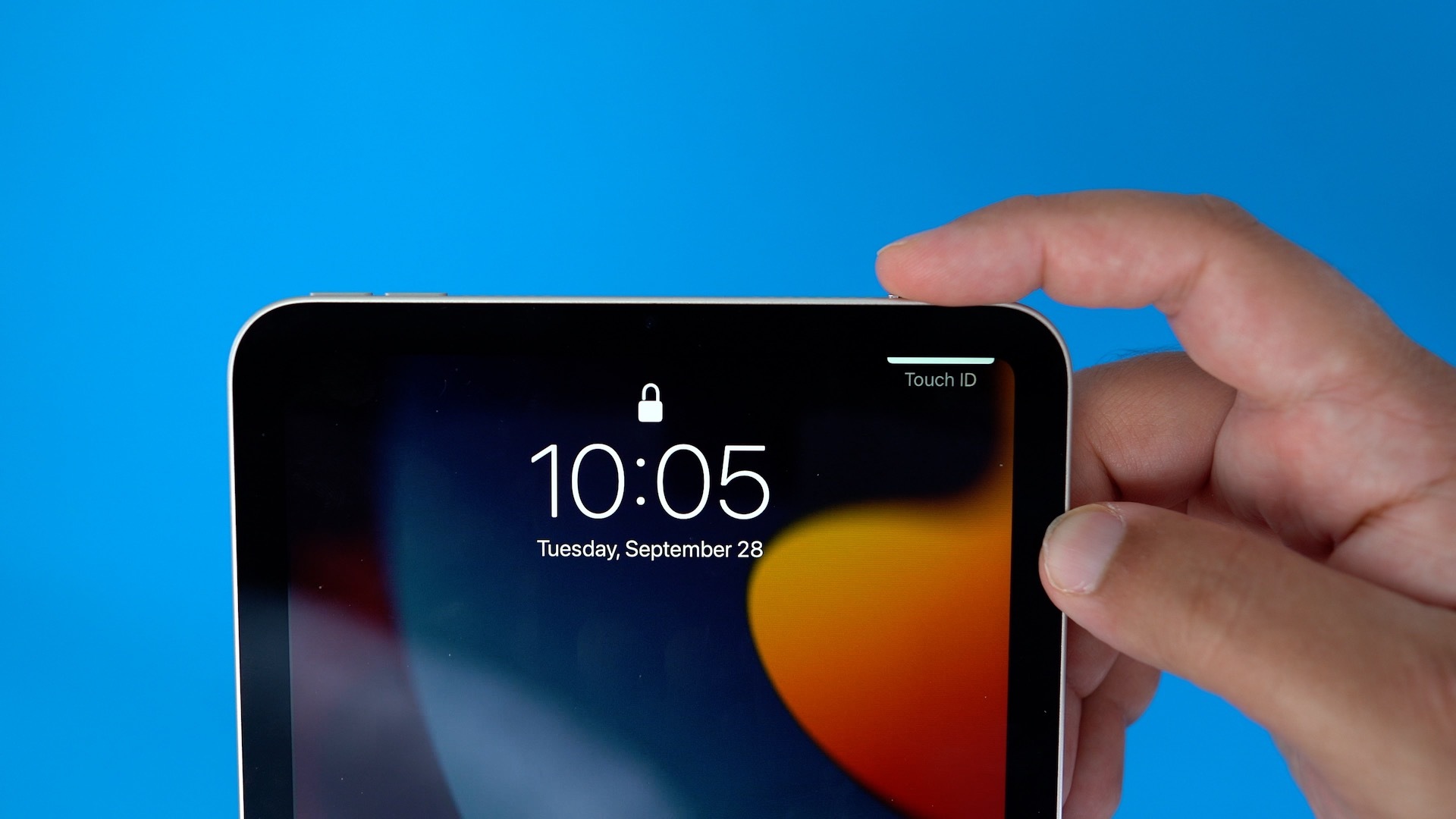 The rear camera technology is mediocre and hasn't really seen an update, but it's using a new 12-megapixel Ultra Wide front-facing camera that supports Center Stage, Apple's FaceTime feature. Center Stage is meant to keep you in the frame even when you walk around, and it works for FaceTime, Zoom, and other video apps. 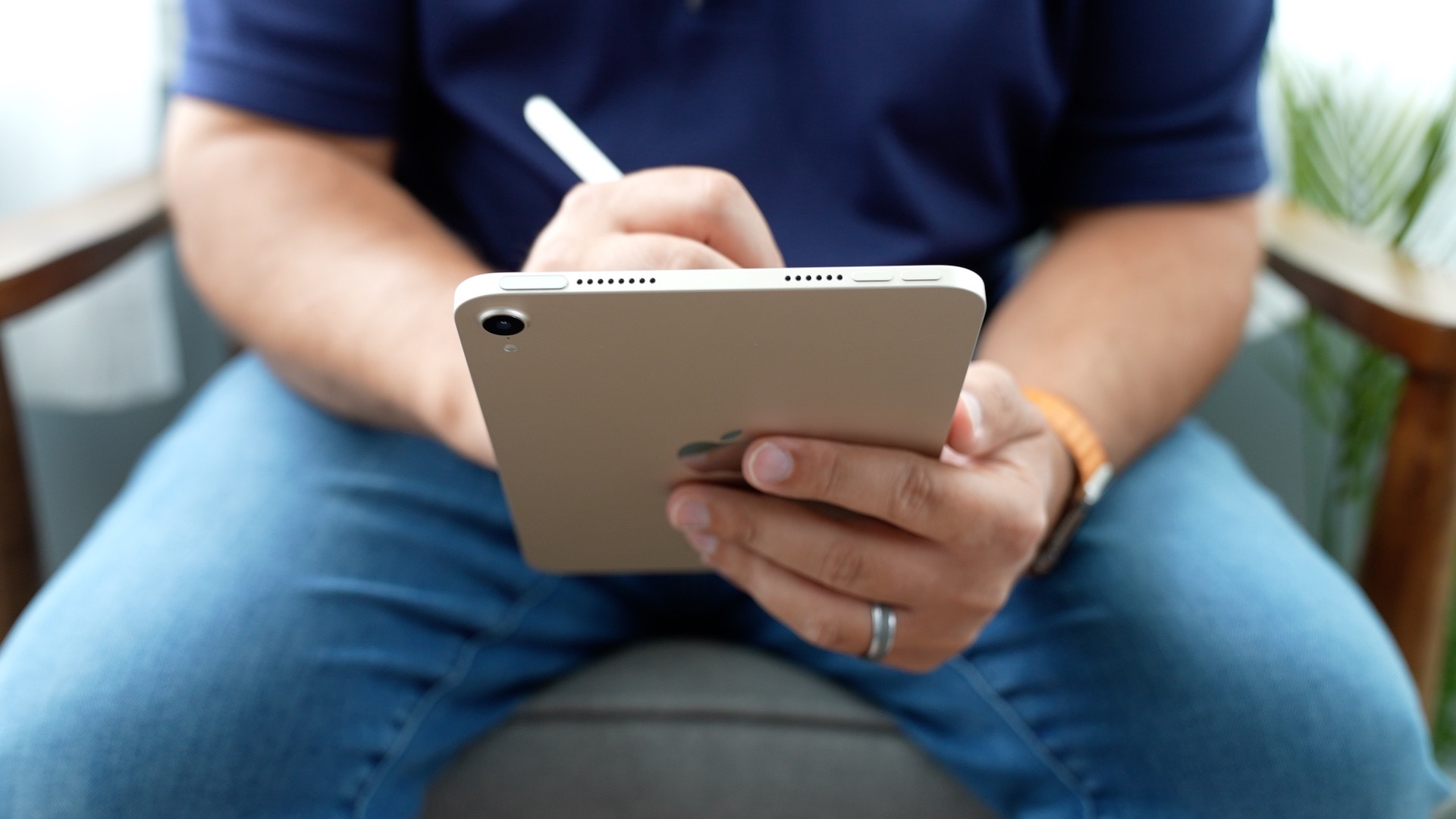 You can use the Apple Pencil 2 with the iPad mini, and to make a space to charge it on the side, Apple moved the volume buttons to the top of the tablet. This can take some getting used to, but it's an acceptable change to get Apple Pencil 2 support. The prior-generation iPad supported the original Apple Pencil, but the second-generation version is more feature rich and has a much better charging and connection method. 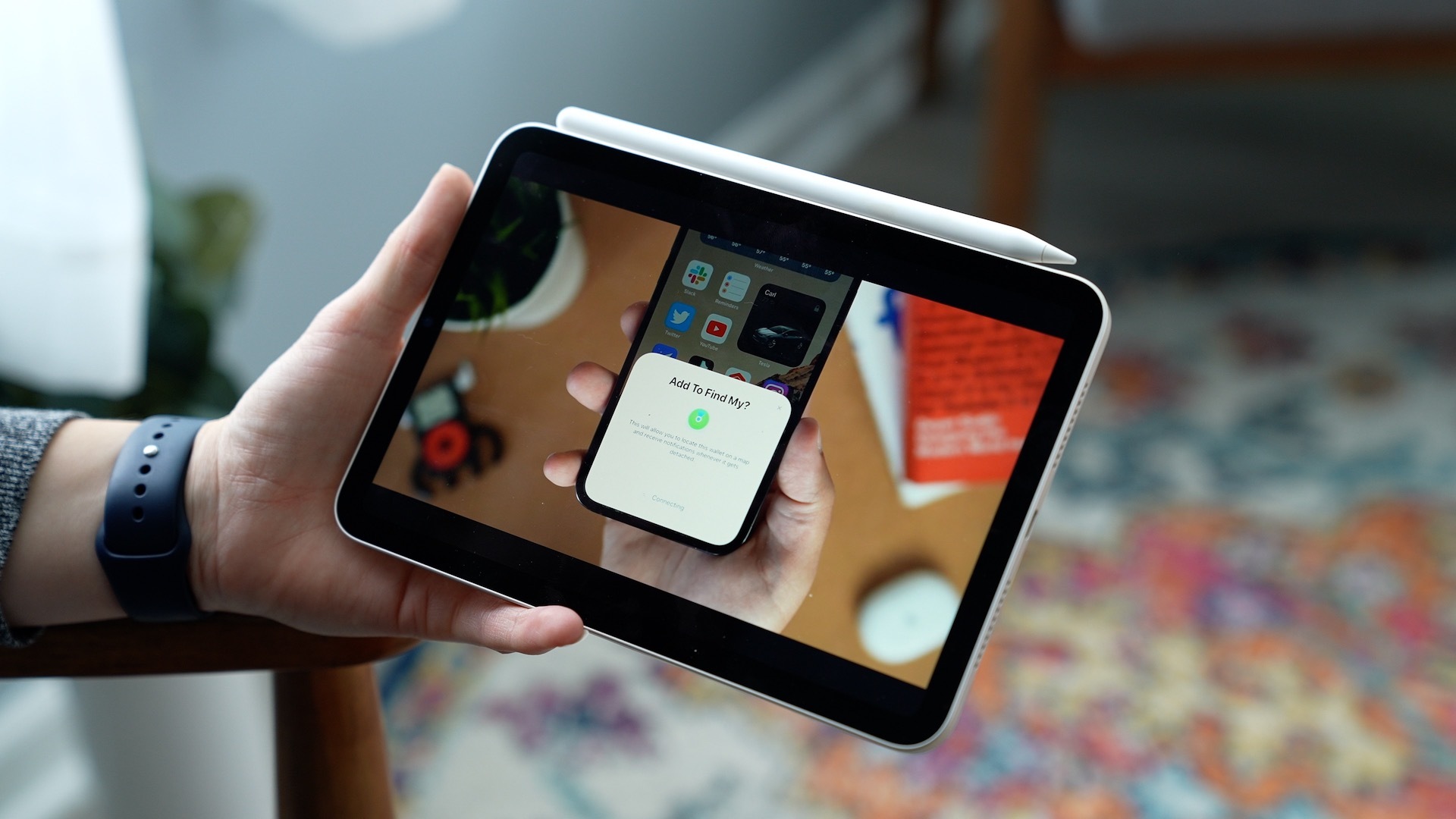 Though there's Apple Pencil support, Apple has not, unfortunately, designed a little Magic Keyboard for the iPad mini so there's no Apple-created keyboard option. You can probably find a third-party keyboard, but it's definitely disappointing not to have a mini Apple keyboard to work with.

The iPad mini is available with a cellular connection and it supports 5G, just like the iPhones. It's worth noting that it only supports sub-6Hz 5G connections and not the super fast mmWave connectivity, but that's still so rare that it's unlikely anyone is going to miss mmWave capabilities on the iPad mini at this point in time. 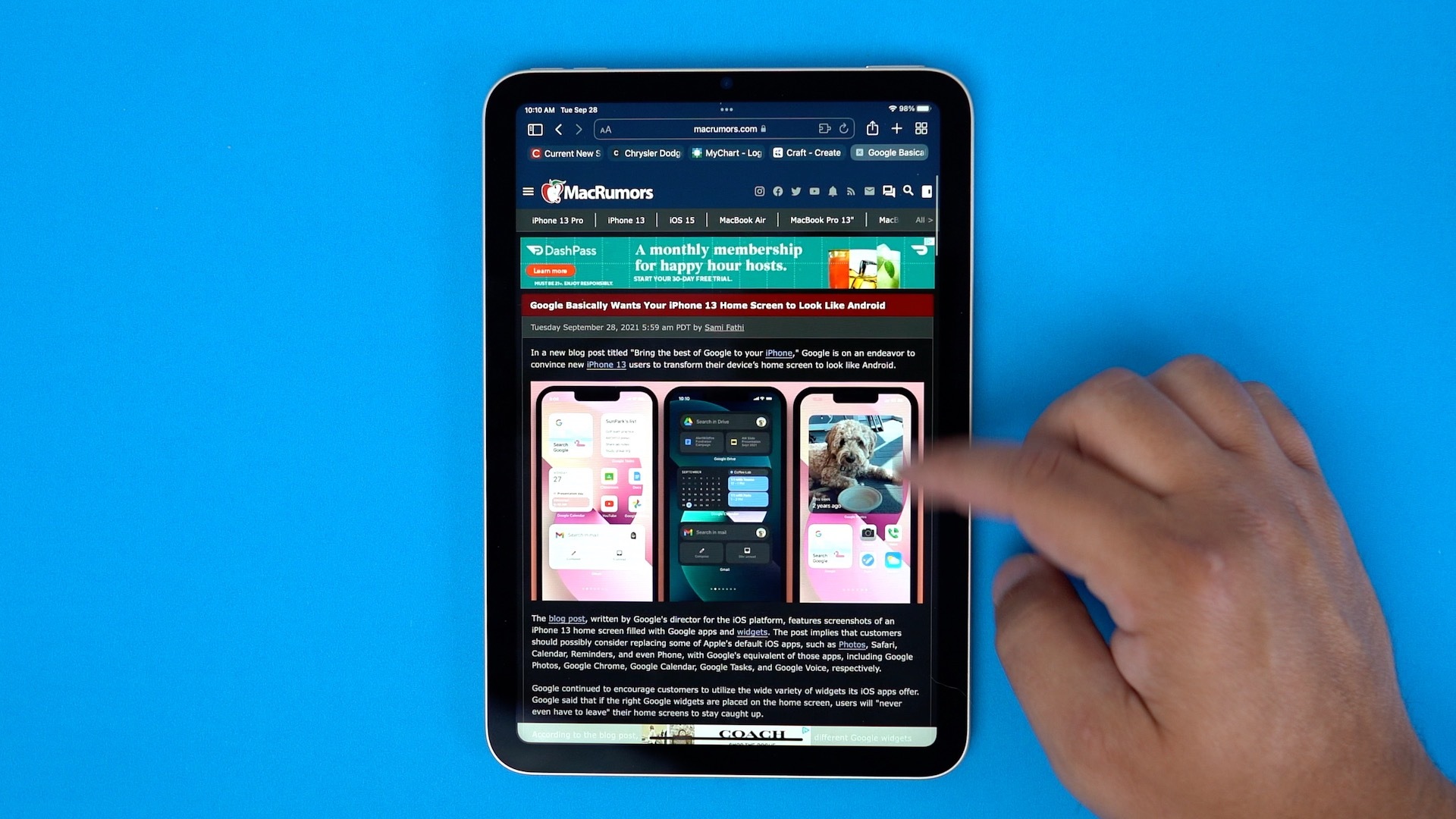 All in all, there's not a lot to complain about with the iPad mini. If you're looking for a smaller sized tablet to complement an iPhone, it's a solid choice because it's lightweight, easy to carry around in a bag, and still offers a lot more screen space than an iPhone. It's arguably the most innovative and exciting product to come out in September.

At $499, the iPad mini is pricier than the iPad 9, but Apple has packed a lot of technology into a small enclosure with this tablet. It's similar in design to the iPad Air, which is priced at $599, but with the A15 chip it's even more powerful.

Quality trolling by MacRumors with the timing of this article ?
Reactions: ijbond, anthorumor, Shirasaki and 7 others

Really? No mention of the awesome new jelly effect that Apple has added?
It's a valuable new feature!
Reactions: ijbond, Oblivious.Robot, Shirasaki and 6 others

Seems to be one glaring omission. Come to think of it, all the “YouTube Influencers/Reviewers” omitted it, too.

Makes one wonder what’s most important by a reviewer: the actual testing and review, or the presentation? From the looks of things, more attention seems to be spent on production.
Reactions: jtgreen86, Crow_Servo, Oblivious.Robot and 7 others

The starlight looks rather gold, which is actually nice. It does feel weird not to have a cool white / silver option in the lineup.
Reactions: ijbond and Jovijoker

macpot said:
Really? No mention of the awesome new jelly effect that Apple has added?
It's a valuable new feature!
Click to expand...

decypher44 said:
Seems to be one glaring omission. Come to think of it, all the “YouTube Influencers/Reviewers” omitted it, too.

Makes one wonder what’s most important by a reviewer: the actual testing and review, or the presentation? From the looks of things, more attention seems to be spent on production.
Click to expand...

MacRumors said:
All in all, there's not a lot to complain about with the iPad mini.
Click to expand...

I have one and I think it is fantastic. It’s a small tablet with a LOT of POWER. I am not returning mine, jelly or no jelly.
Reactions: Solomani, jdb8167, kp98077 and 13 others
K

There seem to be two main themes in that thread. 1) A lot of people who didn't consider the iPad mini and have the iPad Pro or Air before decided to try it and decided they don't like the smaller screen (especially those used to the iPad Pro's superior screen). 2) iPad mini 5 owners didn't see as big an improvement as they were expecting.

I had the iPad mini 4 and 5, and IMO the 6 is a big improvement overall (USB-C, Apple Pencil 2 support. I haven't noticed the scrolling "issue."
Reactions: Solomani, jdb8167, Superman730 and 6 others

Jelly scrolling is annoying, but far more annoying is iPadOS 15. Did Apple fire all their UX people? iOS 15 is nice. iPadOS has baffling usability and layout choices. Why are all the icons on the springboard squished into the center, especially when we're making a choice with the mini to have already constrained screen size.
Reactions: Prince Akeem, caoimhe, Expos of 1969 and 9 others
F

Its value is too low for my taste:

Curious if this is an “honest” review - because it doesn’t say so in the title.
Reactions: gregoryfu, jtgreen86, Oblivious.Robot and 6 others
L

No scroll, no jelly.
Reactions: Jovijoker

iPadOS 15 is currently -- dreadful, I agree

I went back down to iOS 14.8 while I still could

I'll check back on iPadOS 15 after a few point releases.
D

fbr$ said:
Its value is too low for my taste:

macpot said:
Really? No mention of the awesome new jelly effect that Apple has added?
It's a valuable new feature!
Click to expand...

Yeah, I forgot about the PPI, you're right about that, the mini has 326ppi!
But I'll keep the price with no sqrt()!

I went back down to iOS 14.8 while I still could

I'll check back on iPadOS 15 after a few point releases.
Click to expand...

I read the comments here and other places on MR and wonder why most of you are here. You obviously either hate Apple currently or have always hated them. Back in 2002 this was a site filled with people that loved Apple and when Apple made a mistake or had a problem product, the discourse was civil and constructive. Now it is a cesspool. It is such a shame.
Reactions: Solomani, -DMN-, Skika and 24 others
You must log in or register to reply here.
Share:
Facebook Twitter Reddit Email Share Link
Register on MacRumors! This sidebar will go away, and you'll see fewer ads.
Sign Up
Top Bottom