HBO is in talks with Apple over a partnership that would see its upcoming standalone web-only subscription television package available on the Apple TV, reports Michael Learmonth, writing for International Business Times. CNBC has also confirmed that Apple and HBO are in talks in the video tweet posted below.

BREAKING: Sources tell @JBoorstin that Apple & HBO are in talks for Apple TV to be a launch partner for HBO Now . https://t.co/hQd9AzA3Xr - CNBC Now (@CNBCnow) March 4, 2015
Click to expand...

Apple could potentially be one of HBO's launch partners for its web-only service, which may be called "HBO Now." News of HBO's web-based subscription service first surfaced in October of 2014, after HBO CEO Richard Plepler shared the company's plans at an investor presentation.

The service, aimed at cable cutters, will allow users to access HBO content without a cable subscription for a set monthly fee. With the launch of a cable-free subscription service, HBO will become the first major premium content provider to cease limiting its television and movie offerings to cable subscribers.

According to Learmonth, HBO's web-only subscription will launch in April alongside the premiere of the fifth season of Game of Thrones, which takes place on April 12. The service is said to cost $15 per month, which is roughly how much it costs to subscribe to HBO through a cable company. A partnership with Apple would allow the service to be watched on the Apple TV, much like the existing version of HBO's service, HBO Go. HBO Go is available to all existing HBO subscribers on a variety of devices like the iPad and Apple TV, but it requires an HBO subscription through a cable or satellite provider. 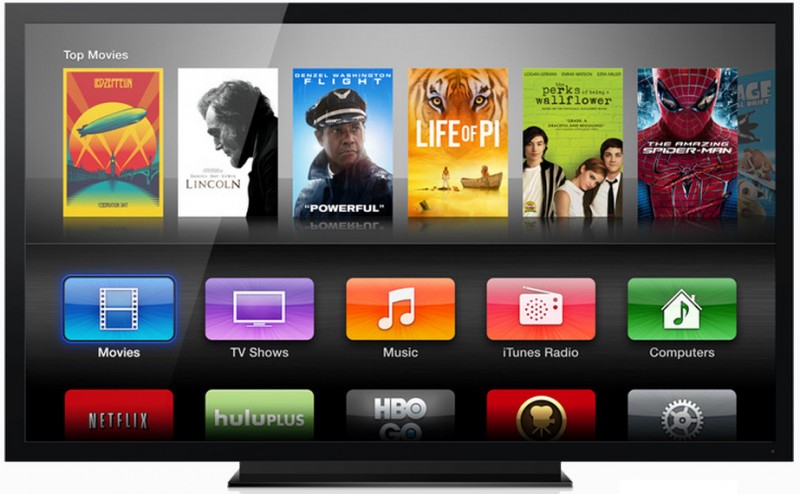 Cable companies like Time Warner and Comcast have long been reluctant to offer piecemeal pricing and companies like HBO have previously avoided moving away from traditional cable models in order to preserve the status quo and avoid upsetting existing revenue streams.

The introduction of HBO's service will be a major victory for cord cutters, and it could encourage other content providers to introduce similar offerings. Content providers' reluctance to shift away from traditional cable pricing models has been one of the major factors that's prevented Apple from establishing deals for its own service in the past.

Its one small step but this could be big!
Comment

$15 a month for one channel? That could sure add up in a hurry.
Comment
T

This would be big...

Could not agree more. Netflix and HBO is all I need! I would like showtime, but their app on my appleTV, xbox, and fire stick sucks. Laggy and audio delay. It is only their app!
Comment
M

Wake me up when this is avail. in canada...

I wish I had a green card.
Comment
M

Fortimir said:
That's sort of like calling Netflix a channel. Or Hulu Plus a channel.
Click to expand...

I've already cut the cable. Don't miss it, except for 1 or 2 things, but I'd sign up for this. This is the future and welcome to it.
Comment
N

These guys are gonna shoot themselves in the foot with these unrealistic prices. $8 is about what I'd pay for this max.
Comment

Make it available international and I would even pay 15/Month.
Comment

Maybe I am wrong here but this seems a tad pricey. I can only imagine what they will charge if and when it comes to Canada.
Comment

netdoc66 said:
These guys are gonna shoot themselves in the foot with these unrealistic prices. $8 is about what I'd pay for this max.
Click to expand...

Considering about half of the non-PBS shows I consider worth watching are from HBO, I don't consider this a bad deal. it's roughly the same price as Netflix, where the few shows I've liked have been removed and the movie selection is pathetic.
Comment
H

$15/mo for the HBO treasure chest of media... heck ya!
Comment

So instead of one bill to my cable company I'll have multiple bills to different content providers? Or is all of this going to get billed through iTunes? I don't think we'll ever get to complete nirvana which would be okay cable company let me pick the channels I want and quote me a total price for them. I don't want to pay $15 for HBO, $8 for Netflix, $7 for Hulu, etc. Talk about not user friendly.
Comment
6

Too bad cutting the cord on FiOS doesn't really save you much when you still need internet service. It was about a $10 per month savings when I called to cancel TV service not too long ago.....
Comment

$15/month would be outstanding. There were one or two folks in previous discussions of this that said there's no way HBO would offer a non-cable, non-bundle rate of $15 (though with some vague caveats about, "well unless there's no content"...)

If this is equivalent to HBOGO, then it's a solid deal (relative to cable/sat).

GOT is *huge* for HBO, great marketing/timing with the 5th season premier.

I'm sure there's a load of stuff only available in Portugal. I wouldn't know, since I don't go to Portuguese sites.
Comment

Stuff like this is not what would keep me from cutting the cord. I was thinking about dropping HBO, anyway (along with all of the premiums). They're too expensive for what you get, and if I want to watch the one or two movies (maybe) they have per month that are worth my time I can just rent them from Apple TV for $4 apiece. And I've never liked any of the premium channel original programming.

The place where cable/satellite has me by the short hairs is local baseball games. I can't watch my home team without a cable subscription, and the MLB package won't let me watch them because I'm in the local market.
Comment

I'm fine with Netflix, don't miss cable since I cut it.

I can download any movie or show and play it on my tv via apple tv.