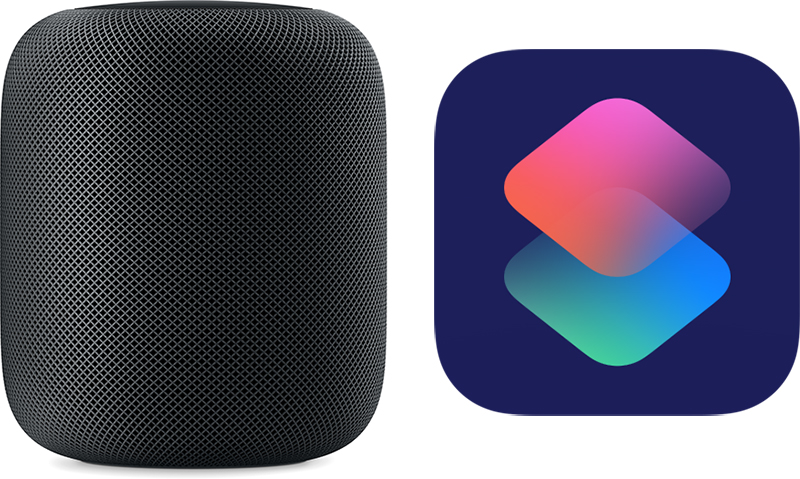 The software update for HomePod is a relatively minor one, adding Siri support for Cantonese and Mandarin in China and a Cantonese dialect in Hong Kong ahead of the HomePod's release in those regions in early 2019. In addition, the LEDs on the top of the HomePod will now illuminate during Group FaceTime calls.

The new HomePod software will be installed automatically on the HomePod upon updating to iOS 12.1.1 on a paired iPhone, but you can also manually update and check your software version by following these instructions.

watchOS is the one we are all waiting for...
Reactions: Statusnone88, BoomLive, decypher44 and 8 others

I'm watching out for watchOS.
Reactions: Laddaren, decypher44, Jotarou and 6 others
T

Considering the last update bricked my Series 4... go ahead and triple check Apple.
Reactions: jezbd1997, Protocol41, BoomLive and 7 others

Yeah, waiting for watchOS 5.1.2, but stable is critical since you can't restore it like you can with an iPhone, iPad, Mac or Apple TV. Hopefully it will come today though!
Reactions: Jotarou and Braderunner

Good to take some extra care since watchOS 5.1 bricked my Series 4...
Reactions: jezbd1997, Protocol41 and dazzlingirl

Of course the update that we all been waiting for is the one that's not released yet.
Reactions: SDJim, decypher44, Jotarou and 1 other person

Oh no. I liked this "bug". This is going to be a problem
Reactions: martyjmclean

Shortcuts 2.1.2, a free update on the App Store, features a new "Post to Tumblr" action
Click to expand...

I love being able to update the HomePods while at work. Wish the same could be done with the Apple TV
Reactions: Coffee50, christian.terra, 212rikanmofo and 1 other person

Shortcuts using Siri has been broken for days. It’s like Siri has no idea that my Shortcuts exist anymore. And I do NOT want to delete and recreate 40 Shortcuts.
Reactions: Squuiid
R

ECG is not going to happen this year.

I hope they fixed Siri Shortcuts bugs with recognizing words and actions that don't start. I created a shortcut in Overcast called "Techmeme" that I use to start that podcast. This is usually how that goes:

When it does finally recognize it, it says it's starting to play it, but it never plays. I have to do it a second time and then it always starts the second time. It's really dumb.

The reason I don't have it set to "Play Techmeme" is because it tries to play it from the podcast app. I like using Overcast because it shortens pauses and speeds up audio and syncs between devices so I can keep track of what I've listened to. I like the interface better too and how you can customize everything. If I set it to "Hey Siri, Techmeme Ride Home" (the full name of the podcast) it tries to get directions to my house. It's so dumb I hate it the most. So far it has been kind of a disappointment.
Last edited: Dec 5, 2018
Reactions: midkay and martyjmclean
E

centauratlas said:
Yeah, waiting for watchOS 5.1.2, but stable is critical since you can't restore it like you can with an iPhone, iPad, Mac or Apple TV. Hopefully it will come today though!
Click to expand...

Have a weird issue where all my shortcuts suddenly stopped working last night. HomeKit commands still worked but despite still showing in settings, Siri played dumb to all other shortcuts. Tried restarts. Nothing. hopefully some combination of updating things today fixes it.
S

Anyone got any idea if they will ever add support to ask for any radio station? This is a really basic feature that seems to be available on the Amazon and Google speakers, even the budget ones. It would be a massive improvement if they could add it, for me anyway.

Finally I can ask Siri to post my Nude Selfies to Tumblr
Reactions: Jotarou and RollTide_King
O

Love these HomePod updates! Keep them coming! This speaker is getting better each time!

212rikanmofo said:
Love these HomePod updates! Keep them coming! This speaker is getting better each time!
Click to expand...

Should be good to go by the time version 2 comes out then.......then it will be time to buy!

Apple will kill the HomePod soon or they need to figure out something new. This thing is pretty much useless.
Reactions: decypher44

sza said:
Apple will kill the HomePod soon or they need to figure out something new. This thing is pretty much useless.
Click to expand...

Wholeheartedly disagree. I use mine all the time. Its a speaker. Improve Siri and its on par with Amazon and Google. The only difference is the HomePod sounds great.
Reactions: cyberdogl2, 212rikanmofo, SantaFeNM and 4 others

Apple Watch 4: advanced health features that may save your life.**

**AW4 will only maybe save your life later this year (“year” not to be defined as this calendar year, rather, just some year in the future).
Reactions: jigzaw and martyjmclean

I finally got CarPlay in my Mazda yesterday. How do you do shortcuts while in the car? I tried to do it through the Siri button on the car but it didn’t know what I was wanting to do. Figured there must be a trick to it...
You must log in or register to reply here.
Share:
Facebook Twitter Reddit Email Share Link
Register on MacRumors! This sidebar will go away, and you'll see fewer ads.
Sign Up
Top Bottom