HomePod shipments totaled 1.6 million units in the fourth quarter of 2018, a 45 percent increase on a year-over-year basis, according to Strategy Analytics. Despite the growth, the research firm estimates that Apple's share of the worldwide smart speaker market was just 4.1 percent during the quarter.

By comparison, Amazon and Google commanded the market with an estimated 13.7 million and 11.5 million smart speakers shipments respectively. The two companies combined for an estimated 65.5 percent market share in the quarter.

A lot of this comes down to pricing. At $349, the HomePod is significantly more expensive than the Amazon Echo and Google Home. In particular, the smaller Amazon Echo Dot and Google Home Mini models were available for as low as $25 during the holiday season, a fraction of the cost of a HomePod.

"Amazon and Google both have broad model lineups, ranging from basic to high-end, with even more variants from Amazon. Apple of course has only its premium-priced HomePod, and likely won't gain significant share until it offers an entry-level product closer to Echo Dot and Home mini," CIRP co-founder Josh Lowitz said last month.

To improve sales, many resellers offered the HomePod for $249 during the holiday season, and $279 is a commonly seen price too.

Second is the fact that the HomePod is not so smart, as many reviews found, due to Siri's shortcomings compared to Amazon Alexa and Google Assistant. Apple recently restructured its Siri team as it works to make improvements.

Last year, analyst Ming-Chi Kuo said Apple was "mulling" a "low-cost version" of the HomePod, potentially due to shipments falling "far below market expectations." It could end up being a Siri-enabled Beats speaker.

Of course, the Strategy Analytics data is estimated to begin with. Apple does not disclose HomePod sales, instead grouping the speaker under its "Wearables, Home, and Accessories" category in its earnings reports alongside the Apple Watch, Apple TV, AirPods, Beats, iPod touch, and other accessories.

If there's one product I have no desire for, it's this one.
Reactions: AppleorSamsung, tongxinshe, MyMacintosh and 23 others

Apple was very late to market. Even 45% sales growth from their tiny market share won’t help much.
Reactions: tongxinshe, 480951, Todd Fisher and 2 others

Whatever tepid interest existed for the HomePod in the international market quickly waned thanks to a combination of delays, value/price ratio, dumb Siri, extreme lockdown to iPhone and Apple Music, and let's not ignore the risk for furniture damage.

It's just not a good buy for the "average" consumer (that everyone seems so keen to bring up) and I doubt a low cost nerfed version would reverse this spell.
Reactions: freedomlinux, atikalz, Huck and 5 others

Terrible "AI," a speaker outperformed by cheaper ones that were out long before... Apple mystique can only go so far.
Reactions: tongxinshe, freedomlinux, rafark and 7 others

Alexa is undeniably smarter than Siri.

It's a shame the best AI assistants are made by advertising/sales companies...
Reactions: Huck and johnnygee

It's a shame the best AI assistants are made by advertising/sales companies...
Click to expand...

The difference between them is massive.
Reactions: radio893fm and tevion5
M

UnionVGF said:
Terrible "AI," a speaker outperformed by cheaper ones that were out ling before... Apple mystique can only go so far.
Click to expand...

People that make comments like this have little to zero experience with one. 90 percent of people use other systems for weather, reminders and news, yet people act like they are actually doing all these amazing things. I call BS.
Reactions: bobob, punterab80, Solomani and 14 others

The problem is simple to solve I think. Start focusing on making Siri a heck of a lot smarter. Apple, you've got to beef up your AI development. You are dead last it seems. I rarely use Siri as it just doesn't do much of anything well. You have enough to blow on stock buybacks, then you have enough to invest in Siri. It's like Maps, Google was way out ahead. You have so much cash. Hire, buy, develop, do what you have to do to be king in this field else you'll find it harder and harder to demand a premium from your customers. Worried about privacy? Ask users to Opt-in to make Siri better. I would.
Reactions: ChrisOneal, ADudeInBoston and GrumpyMom

UnionVGF said:
Terrible "AI," a speaker outperformed by cheaper ones that were out long before... Apple mystique can only go so far.
Click to expand... 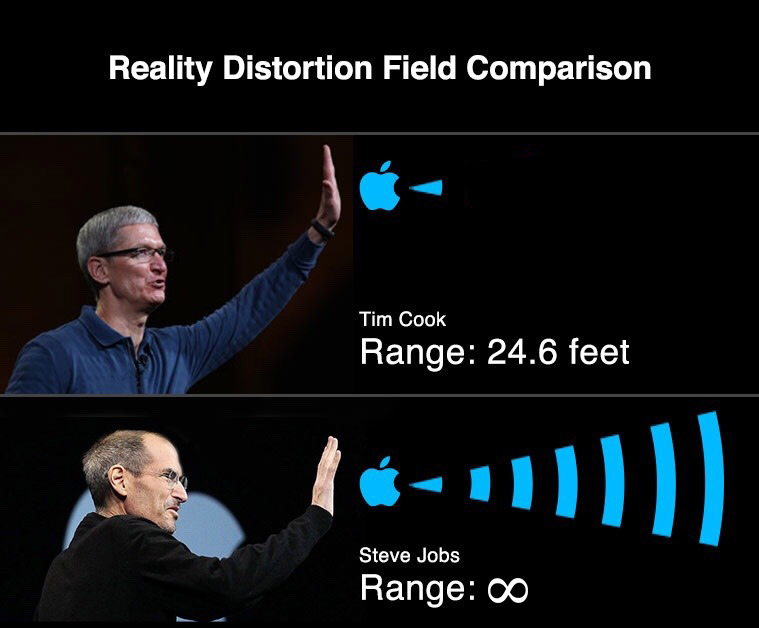 UnionVGF said:
The difference between them is massive.
Click to expand...

Oh yeah I agree. I have access to both Siri & Alexa and there's just no comparing the two.
Reactions: ChrisOneal and decypher44

Just like with the iPhone Timmy you need to lower the damn price if you have any hope of competing in this space
Reactions: WatchFromAfar, pmore, tongxinshe and 12 others
S

I own one, but I have *zero* interest in its smart speaker features. If I wanted a smart speaker I'd buy an Echo. But I don't. Smart speakers are stupid. I turned Siri off on mine.

All I wanted was a wireless speaker with great sound quality that I could also use with my Apple TV. It has that in droves.
Reactions: eduardoregueiracampos, ingik, AirunJae and 7 others

Sound was great on homepod but, I went sonos... it was the only non Alexa thing in the house so, it was an easy goodbye. Amazon's biggest strength in this department is the "works with alexa" program that contains wifi plugs, lightbulbs, speakers, security etc with little price tags. A 4 pack of wifi plugs was 30 bucks, wifi light bulbs were 30 bucks for a 4 pack the Echo dots were 2 for 50 bucks so to automate my whole place it was under the price of 1 homepod. I had the eve electricity monitor/wifi plug for siri and it was 40 bucks for 1 wifi plug.
Reactions: Intellectua1, wdog119 and decypher44

So it is down to pricing, and that it's "not so smart." It's so sad to see the way Apple is going... Premium cost for flawed products. I really hope they find their way again, because this is increasingly tragic to see. When they had high prices and top class products, I was a fan. Now I look elsewhere, but I don't want to have to. Cook is ruining Apple for the longer term.
Reactions: Naraxus and decypher44

Cut the price in half and then we're talking.
Reactions: Doomtomb

Mtmspa said:
People that make comments like this have little to zero experience with one. 90 percent of people use other systems for weather, reminders and news, yet people act like they are actually doing all these amazing things. I call BS.
Click to expand...

And you would be wrong.
Reactions: ChrisOneal, Intellectua1, decypher44 and 1 other person

It sounds good, but It's expensive. There are more expensive speakers that *actually* interface with all devices.

If you're going to buy a good speaker, why would you limit yourself to something that only does AirPlay? What about USB, Toslink, and Ethernet or 3.5mm inputs?

I ended up moving my single HomePod in the kitchen, and buying Kef LSX's for the living room.
Reactions: Naraxus, otternonsense, decypher44 and 1 other person
R

I know one person with a HomePod. I know 10 people with an Echo. Cost is a major factor in purchasing these gizmos.
Reactions: otternonsense and decypher44

I ended up returning the homepod I own and getting more amazon alexa's. My problems with it is several:

1) Sound Quality - I play audiobooks and other media outside of music on the homepod. The homepod puts too much bass into the sound of anything I play into it. I have no controls to make it sound ok.
2) Philips Hue commands - Homepod doesn't recognize the commands in the same way as Alexa does. So when I ask Alexa to turn on the lights it turns on all the lights. When I ask homepod to turn on the lights it turns on one light. I don't have any apparent controls over that.
3) Alarms - Siri doesn't handle alarms very well. I will wake up to an alarm and ask for the alarm to be snoozed and siri gets confused and speaks very loudly about snoozing the alarm. When I use alexa, the snooze functionality works appropriately and is easy to use.

Generally the Homepod is a failure to me. I guess it's the general lack of specific controls over the homepod. The basic settings are not done well (which is not my usual experience with Apple). Maybe I'll revisit the homepod on version 2.
Reactions: Huck, mi7chy, NMBob and 3 others
M

UnionVGF said:
And you would be wrong.
Click to expand...

Research has shown these are the main uses and not my opinion. So you are wrong.
B

I still haven't had anyone articulate specific questions they consistently ask that:

Most people have not updated their "Siri sucks" firmware in too long. Siri has gotten A LOT better and has even outperformed competition in some tests.
Last edited: Feb 19, 2019
Reactions: daley, Lancetx, jacksmith21006 and 3 others
Z

Have a Google Mini at home and sounded okay for $50 and I noticed Google assistance recognized my English better than Siri because English is not my first language.
Reactions: jacksmith21006 and decypher44
You must log in or register to reply here.
Share:
Facebook Twitter Reddit Email Share Link
Register on MacRumors! This sidebar will go away, and you'll see fewer ads.
Sign Up
Top Bottom