In addition to sharing what appear to be official images of the iPhone 12 and iPhone 12 Pro, reputable leaker Evan Blass today has shared images of what he claims is the widely-rumored "HomePod mini" in black and white. 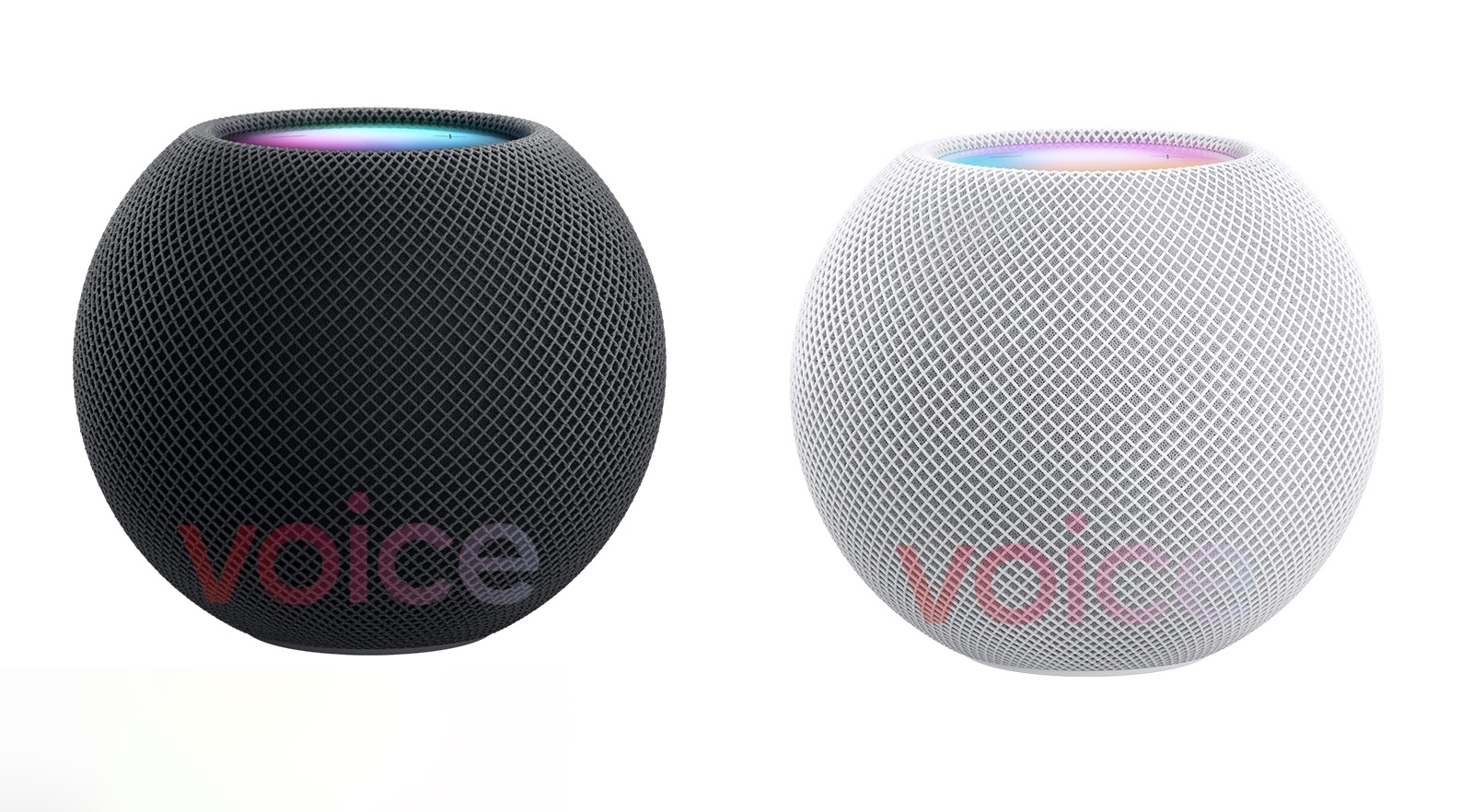 While the existing HomePod has a rounded, cylindrical design, it appears that the HomePod mini will feature a more spherical design, with a similar mesh finish available in black or white. A flatter top surface will house touch controls for volume, playback, and more, and a large multicolored light will appear when Siri has been activated.

Last week, a reliable leaker who goes by the alias "Kang" claimed that the HomePod mini will be announced alongside the iPhone 12 lineup at Apple's event today, with orders to begin in mid-November for $99. The speaker will allegedly be 3.3 inches tall, compared to the existing 6.8-inch HomePod, and be powered by the same S5 chip as the Apple Watch Series 5.

Apple's event begins at 10 a.m. Pacific Time today — here's how to watch. Follow along with MacRumors for live coverage of the announcements.

&#x1f525; Visit our Live Coverage of the Apple Event

This is SO cute! I want it in my mouth
Reactions: cbaca51, AxiomaticRubric, zooby and 51 others

Did not expect this design.
I thought it will be like the smaller version of the HomePod. It looks cool tho.
Reactions: johnbalash, chris4565, Mr. Awesome and 10 others
J

Gotta love that everything is being leaked now right ahead of the event. No more ah’s and oh’s for the most devoted fanboys trawling the news sites hours before The Unveiling
Reactions: cbaca51, TropN, mashdots and 6 others

berrymetal said:
This is SO cute! I want it in my mouth
Click to expand...

wait what? ?
Reactions: The Weatherman, Oblivious.Robot, Corbets1979 and 22 others
I

Amazon Echo Dot (4th Gen) upside down is what I see
Reactions: kiensoy, slcoss, Huck and 5 others
N

I love the design.
Reactions: cast1glion1, Moi Ici and valleian

berrymetal said:
This is SO cute! I want it in my mouth
Click to expand...

ASL, number?
Reactions: ZZ9pluralZalpha, engelke2010, ronntaylor and 18 others
B

Leak the new Apple TV!!!
Reactions: -DMN-, Oblivious.Robot, ELman and 11 others
B

I'd love an option to use the OG HomePod as a sub with a pair of these. It should be a simple software update.
Reactions: ronntaylor, Oli20 and valleian
A

It is very suspicious that Evan is releasing these product leaks on his new social network, Voice.
Reactions: profets and exterminator
E

this looks really nice. If only i had a reason to buy one. (Still don't)
Reactions: Huck, progressivebpm and NMBob

iEimis97 said:
Amazon Echo Dot (4th Gen) upside down is what I see
Click to expand...

This HomePod mini might wind up available before the new echo dot.

I hope this is not what it looks like. Too round, I like the original style. It was sleek and professional looking!
Reactions: H818H, TropN, Mr. Awesome and 1 other person

At the bottom of the white model, it looks like there is a wireless charging pad. Is this a portable?
Reactions: JonnyBlaze, utsava, erniefairchild1 and 1 other person

My kid will love one of these
Reactions: Bswails and bytez01

So much for a ‘spoiler free’ thread this year!
Reactions: kiensoy, TropN, dominiongamma and 4 others
H

Ok i absolutely love this and will be buying it

give it a handle and it will be a coffee mug. lol
Reactions: zeezun
S

Shape is like the G4 Cube speakers, but those were more beautiful.
Reactions: NetMage

bytez01 said:
I hope this is not what it looks like. Too round, I like the original style. It was sleek and professional looking!
Click to expand...

The original looked almost exactly like a roll of toilet paper though. 😧
Reactions: Oblivious.Robot, David1964, ervingv and 3 others
P

Julian Wan said:
At the bottom of the white model, it looks like there is a wireless charging pad. Is this a portable?
Click to expand...