Early days but this is the best battery life I've ever had on a phone. Loving my 6S plus so far 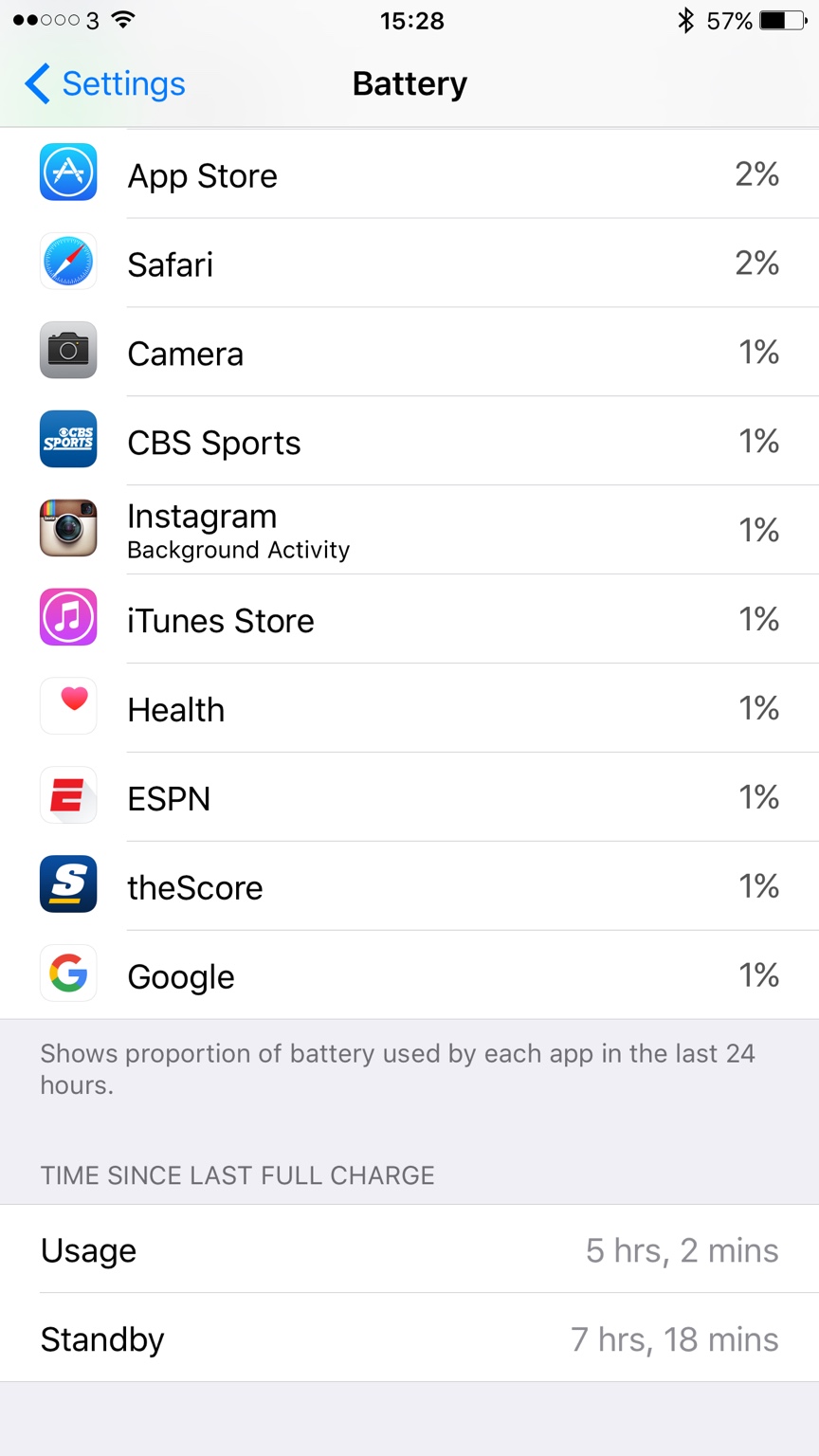 Yep, my 6S+ seems to be a bit better than the 6+ too.
Reactions: BigMcGuire and MacGurl111
B 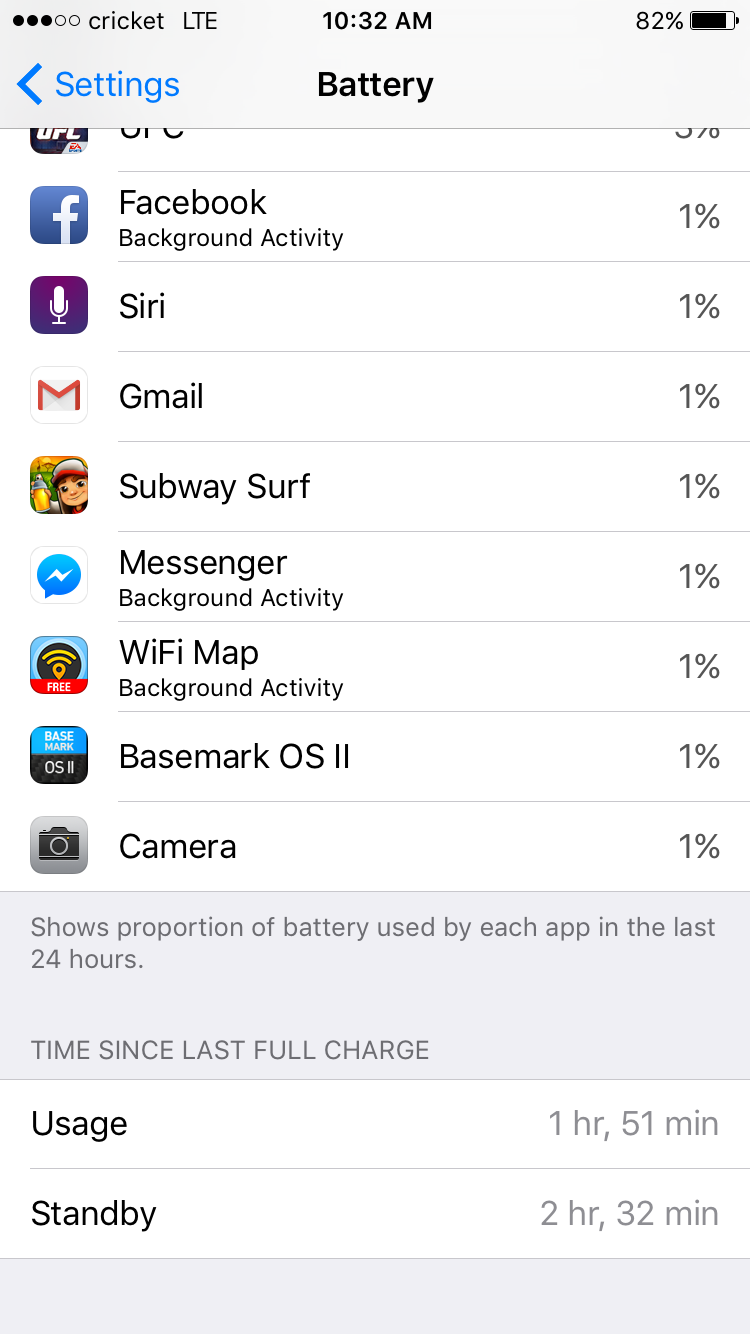 Regular 6s, not bad at all actually. Seems better than my G2 was even when it was new.
T

My battery is clearly worse. going to go through a complete cycle before UGGHHH, doing a restore as new.. this would mark the first time I had to restore as a new phone in years.
V

Mine is way worse than my 6 was. Need an update stat.

Give it a couple of charge cycles. Usually by the end of the second day it starts to improve.
Reactions: Shinydesert

Am impressed so far - as I hoped I would be upgrading from a 2 year old 5s!

Husband told me to stop bragging about my battery
Reactions: Redmond94, GrumpyMom, MacMandy and 1 other person

Mine seems to be better then my 6+ but too early to tell.
J

went from the 6 Plus to the regular size 6s and i reallllyyyy miss my big battery already.
Reactions: peter.sift, jase1125, Coreless apples and 2 others
M

On a 128GB 6S here..battery life way way worse than my OnePlus One....Will give this a couple of days to settle down
S

You cannot tell battery stats after 1 day. The battery needs a few charge cycles to settle in, especially when everything was indexing again in iOS9 on the new device.

Also realize that your 6/6+ battery probably had a few hundred charge cycles on it vs. a new battery. Batteries lose capacity after 200-300 charge cycles. So it's not surprising a new battery is performing slightly better. Apple isn't claiming any longer battery life on the new devices so...

asleep said:
Meh, not so great on 6S.

6S+ I've read is a different story.
Click to expand...

Slight better battery life on 6s+ vs the 6+ I had before.

The battery on my 6s Plus is not as good as it was on my 6 Plus. Maybe it just needs time to settle as someone mentioned. But with my 6 plus I could easily go about 2 days without having to charge it. With the 6S plus I'm barely making it 12 hours without having charge. Could be that I'm playing on my phone more too since I just got it.
B

6S+ is about the same as my 6+ so far. This phone is basically the same phone with a little more zip and an underused touchscreen feature. Good thing it was a free upgrade.
A 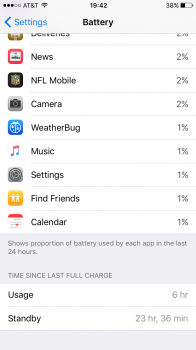 After a year my 6+ was showing its age in the battery department. Then came iOS 9 and the battery got a lot better. So far after 1 day the 6s+ is slightly better than my year old 6+ on iOS 9 but I expect it to improve as it settles down. Considering the 6s+ has a smaller battery than the 6+ I'm impressed at how optimized this new phone is.
B

Granted this is the first battery cycle I'm doing since getting and charging to full, and I was downloading a couple more apps and stuff on it to finish setting it up. I would reasonably expect 3 hours of SoT with my normal usage after all is said and done. My 6+ would probably get me around the 5 hour mark. Both of those estimates are going completely to 0% in a normal day for me (about 16 hours unplugged).

I use screen on time because it is a better metric, in my eyes, of actual usage of a phone since having the screen on is what I care most about.
Reactions: BigMcGuire, Darrensk8 and Redmond94
You must log in or register to reply here.
Share:
Facebook Twitter Reddit Email Link

S
iPhone 8(+) How do people feel about upgrading at this point?

18 minutes ago
rui no onna

iPhone XR How to set a 3rd party keyboard as default

iPhone 11 Pro How to prevent battery health degradation on the 11 Pro Max?

A
iPhone 11 How long before your battery health dropped below 100%?

H
iPhone XS How much Screentime and pickups do you have?

Dec 3, 2019
hewastl286
H
Register on MacRumors! This sidebar will go away, and you'll see fewer ads.
Sign Up
Top Bottom